Britons planning on enjoying the August Bank Holiday weekend have been warned to expect brutal winds and a dramatic drop in temperatures. BBC weather presenter Carol Kirkwood suggested that it will feel “particularly windy on Saturday” as Arctic winds take their toll. This follows a week of disruptive weather across the UK, after Storm Francis and Storm Ellen both ravaged the country.

Kirkwood said: “Today we have low pressure dominating our weather coming in from the West.

“That will be introducing some rain and also some showers ahead of it.

“It will be quite a cloudy day today as well – and if you look at the weather chart, you can see there are some heavy bursts of rain expected later today.

“We could see showers almost anywhere as we go through the day.” 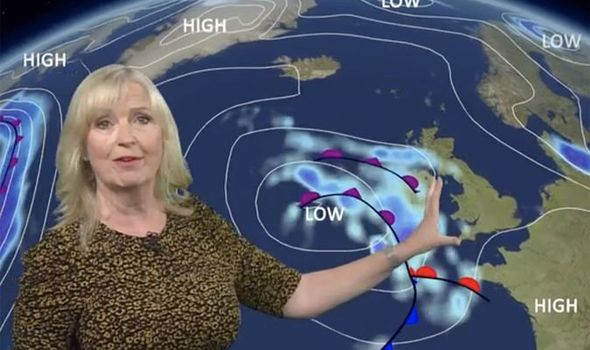 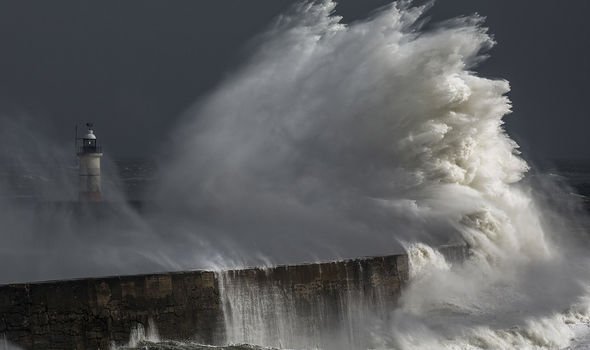 The BBC meteorologist said that temperatures will stay between 13C and 19C, a drop in expected temperatures for this time of year.

Temperatures will then fall further overnight to 7C.

Kirkwood added: “As we head through the course of tomorrow, that low pressure front is edging towards the North Sea, which is allowing the wind to change direction.

“The wind will have a Northernly feel to it and it will start to feel colder. 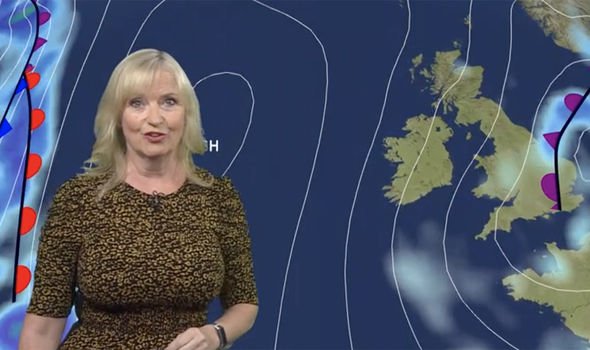 “It will be quite a windy day and that wind will come around Scotland, Northern Ireland and Wales.

“If you’re in that wind, it will feel quite cool.

“We could also see some very large waves.” 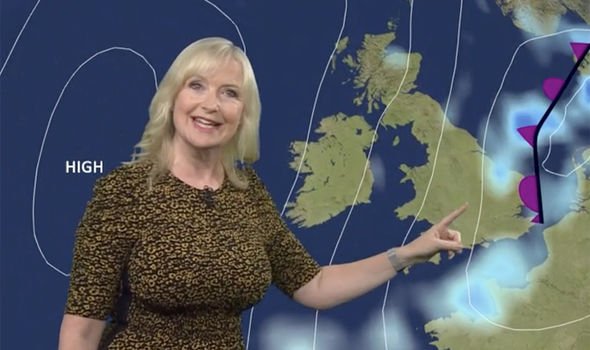 She added: “On Saturday, we will have drier weather but it will still be quite windy, particularly so on Saturday.

“As the wind is coming from the North, it will feel quite cold too.”

North Wales Police also confirmed that flooding and a landslide had closed the A5 on Wednesday.

The Environment Agency had issued 19 flood alerts across England by Wednesday lunchtime.