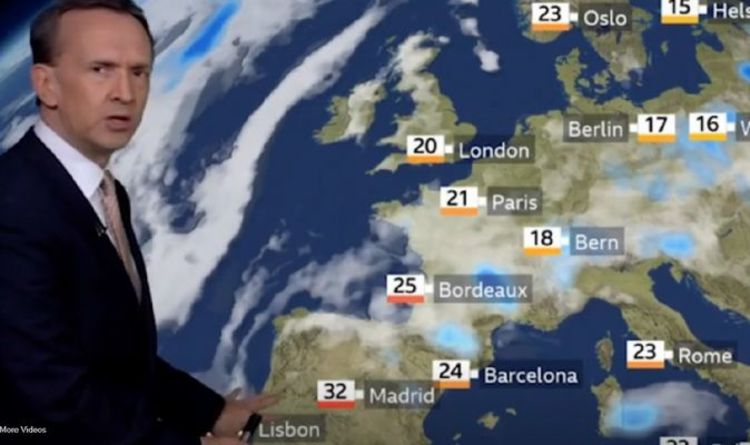 BBC Weather forecaster Nick Miller noted that the weekend will see eastern Europe hit with rain and thunderstorms. However, after this rainfall, the warmth is set to return to Europe after temperatures have remained below average for the time of year. Western Europe will see some of the warmest temperatures over the weekend and into the new week.

Mr Miller said: “Below average temperatures across a large part of Europe at the moment.

“There are some downpours around but this is particularly true in eastern areas.

“This is because of this area of low pressure and swirls in the cloud takes an area of showers and storms further east.

“As we take a look at things going into Friday it is really from Bulgaria, Romania and parts of Ukraine that will see areas of heavy rain. 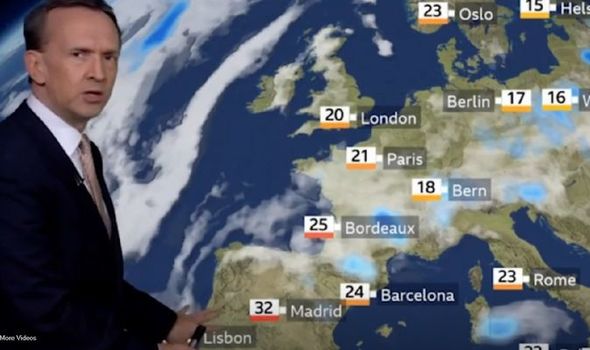 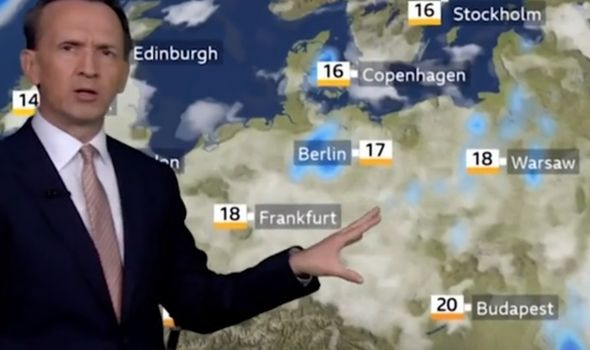 “To the west of that, there is scattered showers and thunderstorms to be found.”

Despite the wet weather in the east of Europe, in southeast Europe there will still be warm temperatures.

Athens will see the hottest temperatures in the region with a high of 30C on Friday.

Elsewhere, for the most part, temperatures will stay around the mid-20s.

The forecaster noted that during the weekend for parts of central and eastern Europe there will be wet weather. 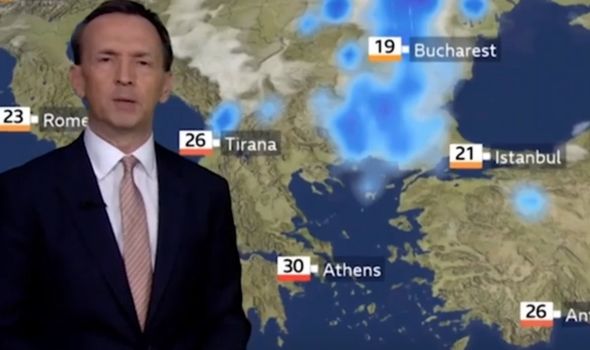 BBC Weather: Temperatures set to rise in parts of Europe

With Bucharest and Istanbul seeing lower temperatures of 19C and 21C respectively.

The BBC Weather forecaster continued: “We are going to see some weather in parts of Bulgaria and Romania and it will be pushing northwards.

“It will be in the cool side across many parts of Europe at the moment.

“There will be a little bit of warmth to be had where you get the sunshine in some parts of Scandinavia.” 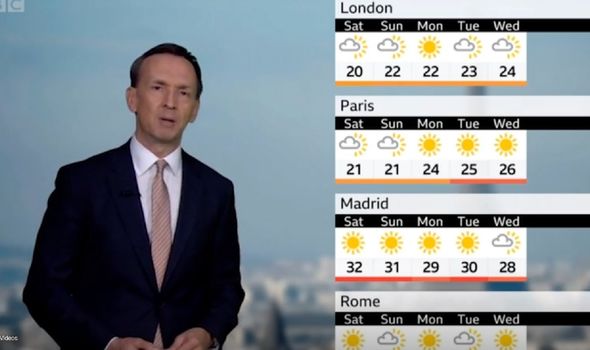 Following this, the new week will see temperatures spike across the continent.

Mr Miller said: “Temperatures are on the warm side for many parts of Spain and Portugal.

“Looking at the extended forecast there is some warmer weather on the way in London and Paris.

“Paris will see temperatures towards the mid-20s in the sunshine.