BBC Weather forecaster Darren Bett warned the new weather front moving in could develop into a named storm for some parts of Europe. The wall of Atlantic rain is expected to smash the UK on Wednesday before moving further east across Europe. Following this initial hit, another system is forecast for later in the week and is expected to bring heavy rainfall and strong winds.

Mr Bett said: “Many western parts of Europe will be turning cooler, wetter and windier in the next few days.

“Ahead of that we have still got this area of low pressure in eastern areas of Europe.

“This area is still producing some heavy bursts of rain on Wednesday.

“That rain area and the low pressure is not moving very far at all.” 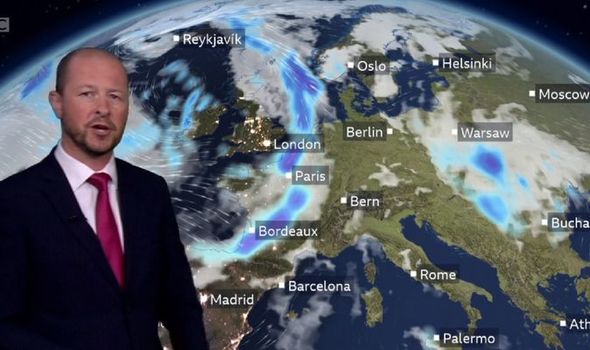 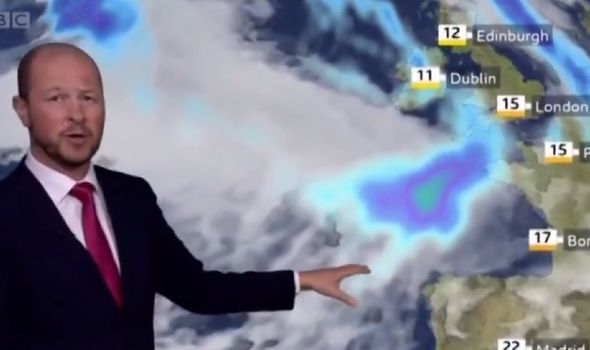 The BBC Weather forecaster noted that central and western parts of Europe would remain dry ahead of the rain from the Atlantic.

He said: “On Wednesday, the central slice of Europe is dry with some sunshine.

“But there will be some rain heading its way into the UK and the north-west of France.

“Into Thursday, that area of rain in east Europe is still around although not as intense.” 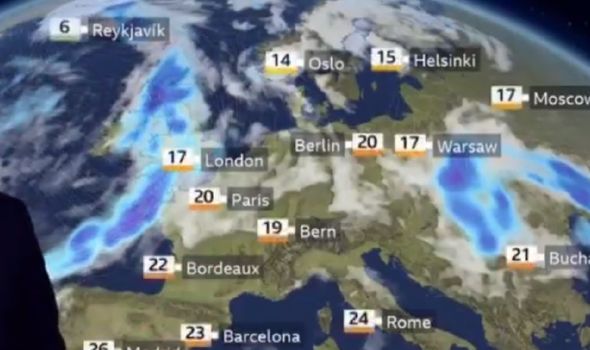 From Thursday, the wall of rain will move more quickly through Europe.

It will pass through France, into Germany and impact parts of northern Italy as well.

Mr Bett said: “This rain will be sweeping across the UK further into Europe.

“There will also be some unsettled and windy weather following in its wake.”

For southern eastern Europe the weather is expected to be more settled throughout Thursday. 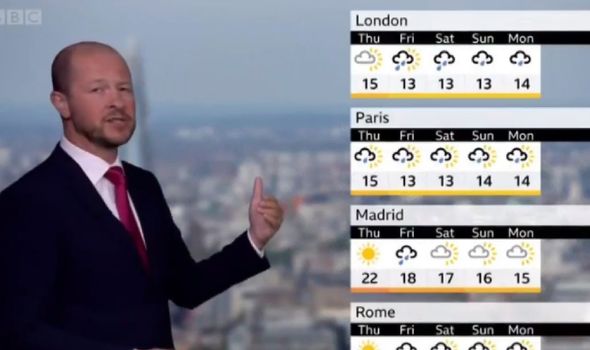 Turkey and Greece are likely to be dry with parts of Greece and its islands reaching temperatures just shy of 30C.

The weather forecaster added: “It looks fairly dry across Italy but the first rain band is moving down to the Alps.

“The second rainband could develop into a named storm and bring some very windy weather for northern parts of Spain and the west of France.

“All the while, across Scandinavia and the northeast of Europe, the weather is fairly quiet and near-normal temperatures.”