Britons are bracing for freezing temperatures across the country, before more snow blankets parts of the country on Monday and Tuesday. BBC meteorologist Chris Fawkes also warned that outbreaks of rain throughout today could turn into ice overnight, sparking travel chaos on Monday. He told BBC Breakfast viewers that “all of us will be in the cold air” throughout Sunday.

According to the latest BBC weather forecast, a jet stream is pushing cold air as far south as North Africa.

Mr Fawkes said: “We are looking at cold weather as we go on through the day today. Some will see some sunshine, others it will stay cloudy with some rain.

“But all of us will be in the cold air. That has been brought to us by this loop in the jet stream. The cold air has pushed as far south as North Africa.

“This morning we have some patches of frost around. Minimum temperatures overnight were -4C.” 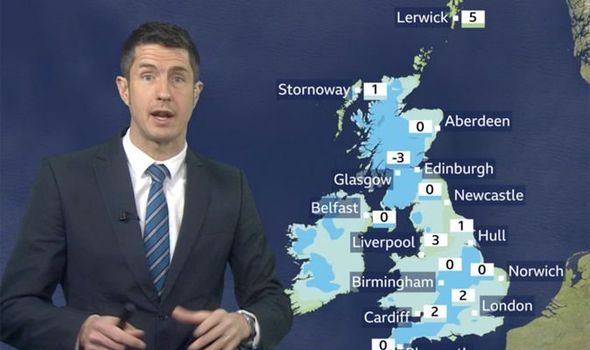 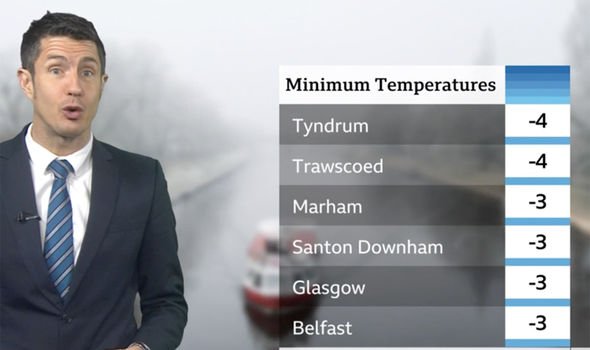 He continued: “It was particularly cold in areas of western Scotland and western Wales, also East Anglia.

“Today we have outbreaks of rain in southern England, and patchy rain across the Midlands too.

“Overnight, we will see cold temperatures. Temperatures will be dipping down below freezing, especially in the countryside.

“Where we have those showers in the daytime, there is the threat of some icy stretches as we head into Monday.” 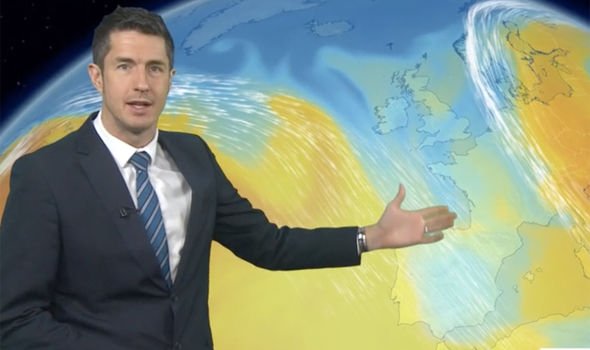 Mr Fawkes said that the weather will be “largely dry” on Monday, but freezing fog will linger “for most of us until the early afternoon”.

He added: “Where we have that freezing fog, temperatures will generally stay below freezing.

“As we go through Monday night into Tuesday, we will see some snow for a time over the high ground of the Pennines, and perhaps the North Moors, and more generally in Scotland.”

He said that the temperatures were “below average” for this time of year. 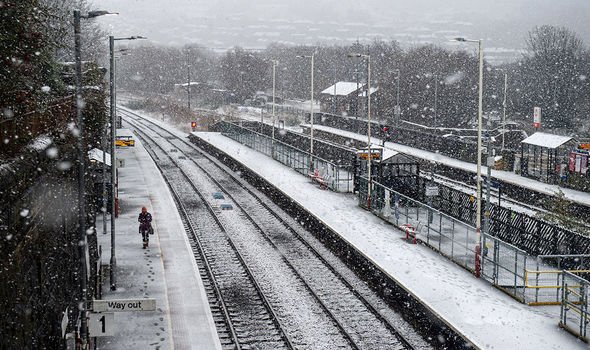 Earlier this week, Britain experienced its coldest night of the autumn and winter so far, with -9.6C recorded at Altnaharra, Sutherland, in the Highlands.

Large parts of the UK, particularly in Cumbria and the Pennines, saw “significant snow”.

Met Office meteorologist Alex Burkill said: “The snowiest months are usually a bit later into winter, January and February and also it’s very early in December at the moment.”

‘Thundersnow’ was reported in Edinburgh on Thursday, leading alarmed locals to call police, thinking they had heard explosions.

The phenomenon happens when thunder and lightning mix with a heavy snowstorm.