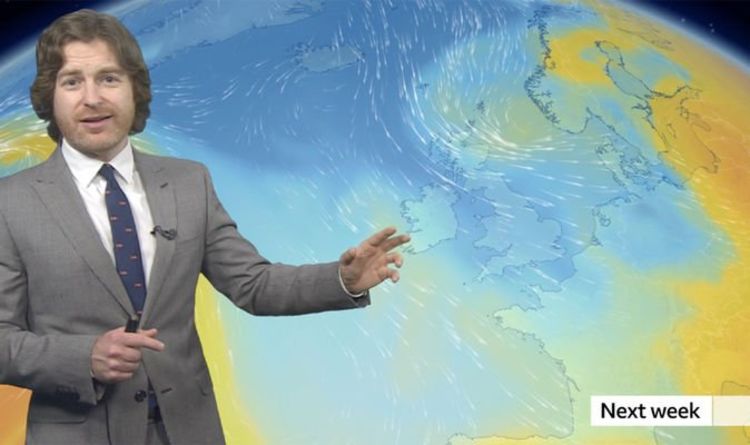 The BBC weather forecaster Tomasz Schafernaker predicted the unbelievable weather system as he told viewers: “You won’t believe this.” In the BBC forecast for the week ahead, Mr Schafernaker showed freezing Arctic air gripping the UK. Temperatures across the country are expected to fall throughout the course of the next week, according to the latest forecast.

This cold weather looks set to continue into early June, according to the BBC’s monthly weather outlook.

The forecast suggests the UK will stay “rather cool and wet into early June”.

It notes the low pressure will “keep the weather unsettled and feeling cooler than normal for the start of meteorological summer”.

On the upcoming Arctic blast, Mr Schafernaker said: “Take a look at the wind direction, it is coming straight out of the north.

“So temperatures will be dropping as we head through the course of the next week.

“This is the jet stream pattern for later next week, it is still south of us.

“Look at what happens towards the very end of next week. You won’t believe this but we are developing a northernly wind, straight out of the Arctic.” 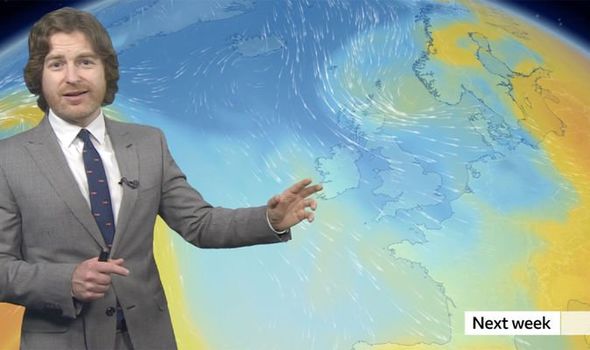 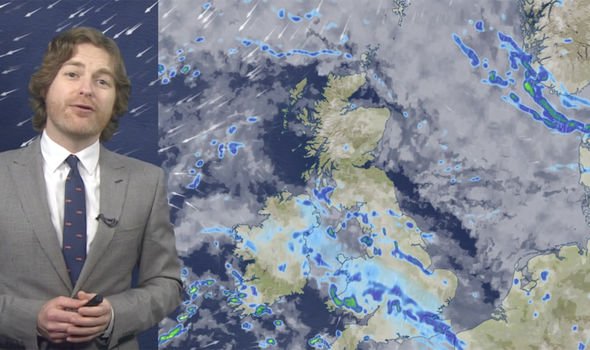 He added: “Nobody will be surprised to hear the weather for the next week looks very unsettled.

“The summary for next week is it is going to be cool and showery overall, but later in the week it could get colder still.”

For this weekend, the BBC forecaster said: “The weekend is going to bring frequent downpours, there will be thunder and lightning at times but also some sunshine so it is not all bad.

“Many areas will get rainfall. The jet stream is still south of us, that means the cooler air from the northern climbs is in place across the UK and it’s here to stay. 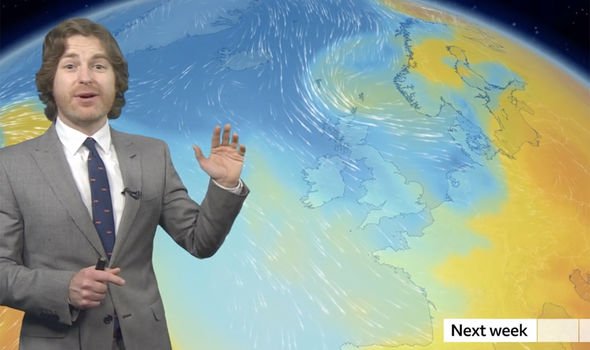 “It’s very hit and miss this weekend, not everyone is going to get torrential downpours.

“But where they do occur, you will also see thunder, lightning and gusty winds as well.

“It is very turbelent, topsy-turvy weather. This weather pattern is not in a hurry to change.

“The low pressure is approaching us as I speak and it’s going to be a slow moving area of low pressure.” 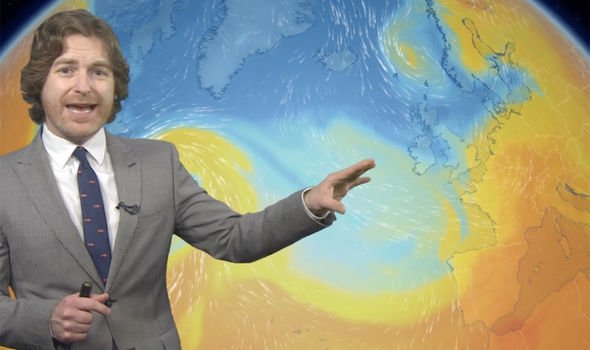 Mr Schafernaker continued: “That will be with us until Sunday and Monday. When we are in the centre of the low pressure, the showers tend to be a lot bigger, with more of them too.

“Into Monday, we are expecting another showery day, with some chilly air from the north. Tuesday is another day of showers, but they will be a little less frequent.”

This comes as England presses ahead with plans to ease COVID-19 restrictions further on Monday, including allowing people to meet indoors.

Pubs, cafes and restaurants will be able to host customers indoors for the first time in months.

Other indoor entertainment, hospitality and sports venues will also be able to resume activity.