There is more snow for some of the UK on the way over the next couple of days, according to meteorologist Sarah Keith-Lucas. The weather presenter warned BBC Breakfast the country still has very cold air at the moment. She said that there would be a mix of rain, some sleet and some snow as well.

Ms Keith-Lucas told viewers: “There’s also a lot of ice around, which could cause a bit of disruption.

“Not just this morning but for the next couple of days as well.

“We’ve got that real wintry mix out there.

“Now it has been snowing in places overnight, particularly across high ground of Scotland and parts of northeast England as well.” 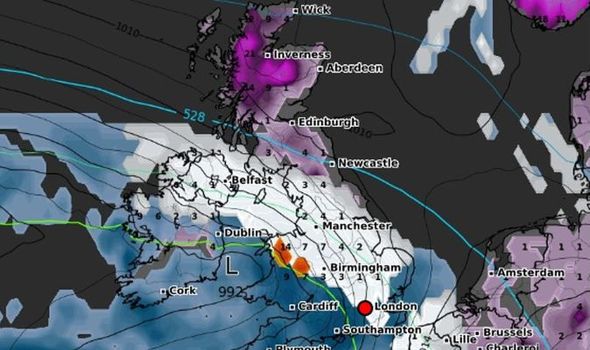 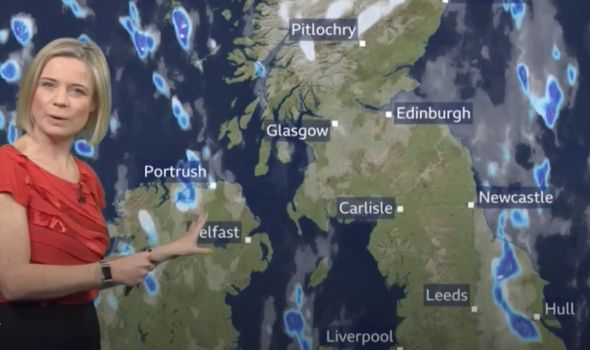 She continued: “Bit of rain around the coast and some snow further in-land.

“Now this area will push across parts of the midlands towards Wales as well.

“In the heavier bursts, some of that snow could be down to lower levels.

“Some rain showers for the likes of Pembrokeshire down towards the southwest as well.” 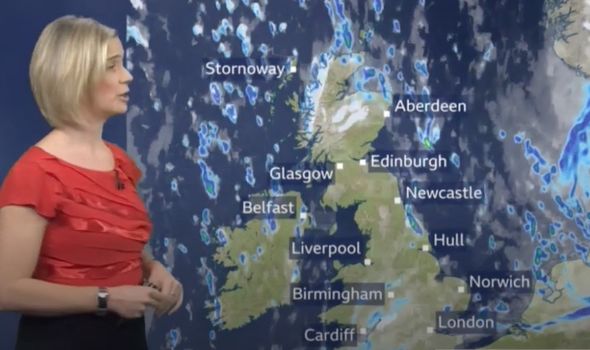 The BBC presenter added: “Elsewhere sunshine and showers, but across the northern half of Scotland those showers are going to be falling with snow.

“It will be quite persistent through the day as well.

“Through the afternoon, we’ve got that northerly breeze drawing in these snow showers across the northern half of Scotland, drier further south.” 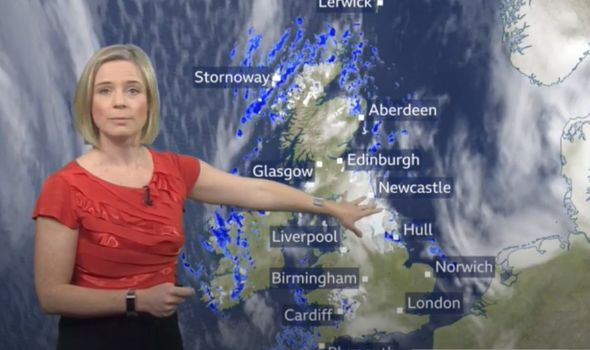 Ms Keith-Lucas said: “Northern Ireland’s having quite a breezy day with some rain showers, bit of sleet and bit of snow mixed in as well.

“Across England and Wales, later today, there’ll be some sunshine.

“But there’ll also be some of those wintry showers, heavy in the west as we end the day.

“Things are looking cold once again tonight as those showers tend to ease away, clearing skies.

“Temperatures will therefore fall below freezing as head into tomorrow.”