BBC Weather forecaster Tomasz Schafernaker warned while Storm Ellen passes over the UK parts of the country can still expect some powerful gales. He noted over the weekend the weather will likely become more settled with weaker winds and a few outbreaks of rain. However, going into next week the UK faces a new storm from across the Atlantic.

This new weather front is set to bombard the whole of the UK with heavy rain and strong winds.

Mr Schafernaker said: “It is going to be another blustery day today but not quite as windy as what we had yesterday.

“We are going to call it breezy with a few showers today.”

The BBC Weather forecast noted the changing weather the UK could expect over the weekend as Storm Ellen passes over. 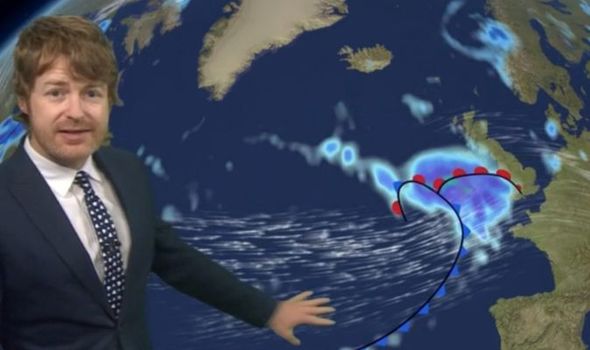 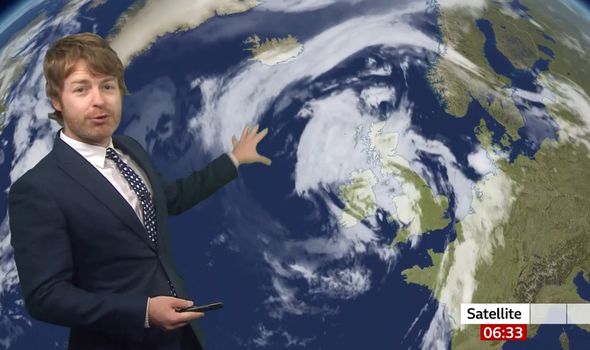 He said: “The gusty winds and heavy showers is the kind of unsettled weather we have been having.

“The big low is still with us and it is moving into the Norwegian Sea through today.

“But it extends quite far even into Ireland and south-west of the UK.

“So we are still under the influence of the low pressure that is moving off. 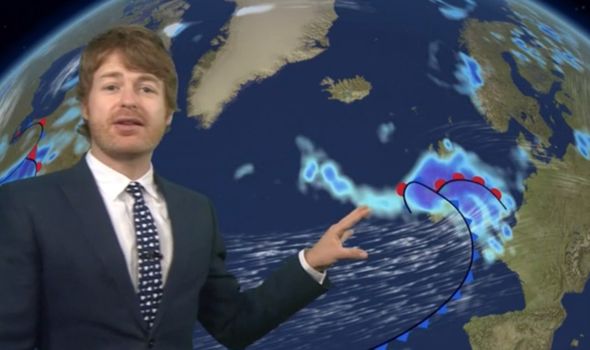 “The breeze is still pretty strong and we are talking about 40mph gusts which is still windy for August.”

Mr Schafernaker noted that while the weekend weather would not be too unsettled, the new week would see a new storm move in across the UK.

He said: “Talking about showers and wind there does look as if there is another spell of very wet and windy weather ahead. 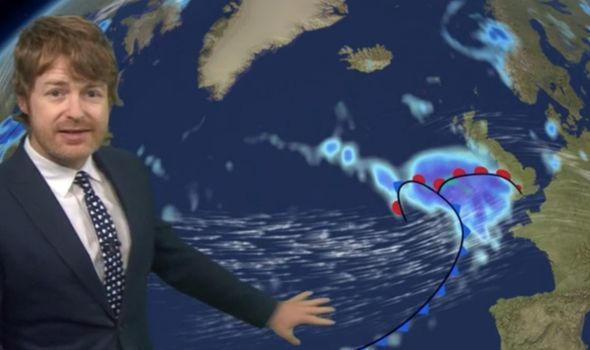 “The jet stream is going to put this low pressure in a frenzy and it is going to send it right across the UK.

“Again I think we are in for a spell of unusually windy weather.

“Monday itself isn’t looking too bad at all though with some light winds.”