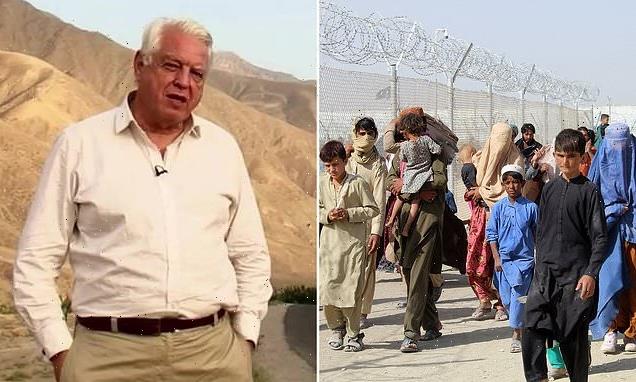 ‘Looking round at those kids, it was quite… quite difficult’: Moment BBC news veteran John Simpson breaks down in tears as he describes looming humanitarian disaster in Afghanistan

Veteran BBC reporter John Simpson today broke down in tears on air as he described the looming humanitarian disaster in Afghanistan.

The 77-year-old foreign correspondent spoke with a quavering voice as he described the plight of an Afghan mother-of-seven facing famine.

It comes as new report warned that 23 million people in Afghanistan face starvation within months.

Reporting from Afghanistan, Mr Simpson, who has reported from 120 countries and 30 war zones, told BBC Radio 4’s Today programme: ‘I’m sitting here looking out at the Bamiyan Statues, the famous Bamiyan Statues, expect of course they are not there because the Taliban blew them away 20 years ago.

‘And right in a kind of cave just beside them I came across a woman whose name is Fatima and she’s a widow.

‘She’s got seven kids, five girls and two boys and they are grindingly poor already. 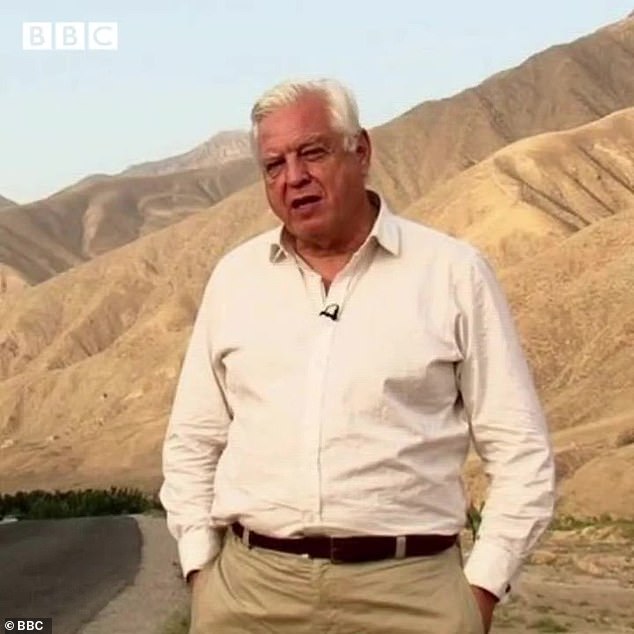 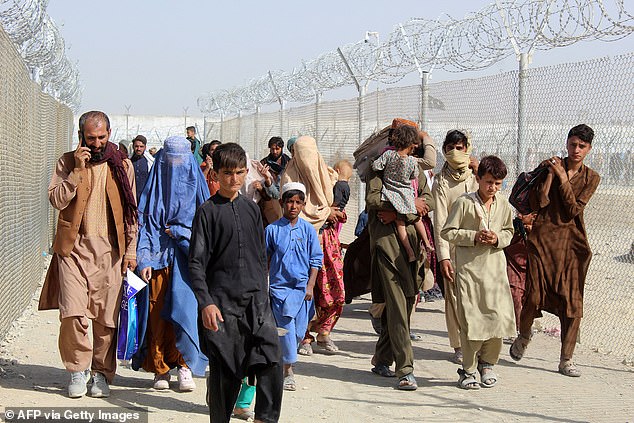 The 77-year-old foreign correspondent spoke with a quavering voice as he described the plight of an Afghan mother-of-seven facing famine. It comes as new report warned that 23 million people in Afghanistan face starvation within months. Pictured: Library image of Afghan people walking side a fenced corridor towards the Pakistan border in August

‘She used to make money by weeding for a local farmer. He can’t pay her now because he’s not able to grow the crop that he was growing.

‘She’s got no money, she’s having to beg for fuel to make a fire and beg for flour, which used to be delivered by the old government before the Taliban came in.

With a quavering voice, he said: ‘And look round at those kids, it was quite… quite difficult.

‘I’ve seen a lot of bad things in my time, but this hasn’t yet happened, and yet you know this is just round the corner. And they know it.’

The group say an expected poor harvest later this year will compound economic problems brought about by the Taliban’s ascension to power.

The warning was part of the WTP’s report which shows the number of people on the edge of famine in 43 countries had risen to 45 million.

The jump from 42 million people earlier in the year was largely down to a food security assessment that found another three million people facing famine in Afghanistan, the World Food Programme (WFP) said.

‘Tens of millions of people are staring into an abyss. We’ve got conflict, climate change and Covid-19 driving up the numbers of the acutely hungry,’ WFP Executive Director David Beasley said.

‘And the latest data show there are now more than 45 million people marching towards the brink of starvation,’ he said after a trip to Afghanistan, where WFP is upping support for almost 23 million people.

‘Fuel costs are up, food prices are soaring, fertiliser is more expensive, and all of this feeds into new crises like the one unfolding now in Afghanistan, as well as long-standing emergencies like Yemen and Syria,’ he added.

Mr Beasley said on Sunday that the situation in Afghanistan ‘is as bad as you possibly can imagine’.

‘Ninety-five percent of the people don’t have enough food, and now we’re looking at 23million people marching towards starvation. 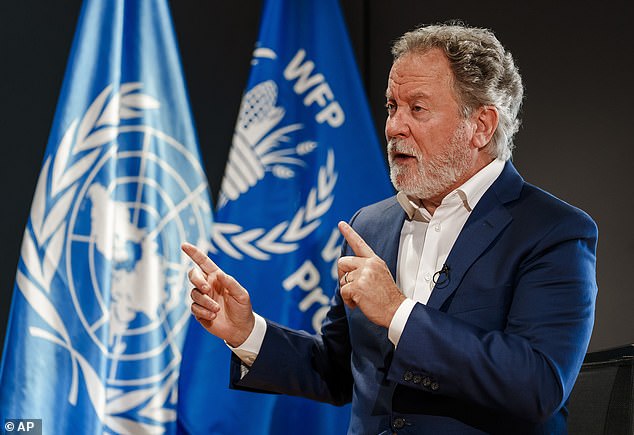 ‘Tens of millions of people are staring into an abyss. We’ve got conflict, climate change and Covid-19 driving up the numbers of the acutely hungry,’ WFP Executive Director David Beasley (pictured) said

Asked what message he would give the West about the crisis facing Afghanistan, Mr Beasley added: ‘To the world leaders, to the billionaires: imagine if this was your little girl, or your little boy, or your grandchild about to starve to death.

‘You would do everything you possibly could. And when there’s $400 trillion of wealth on the earth today – shame on us if we let any child die from hunger. I don’t care where that child is, shame on us.’

But the group warned that traditional funding streams were overstretched.

Families facing acute food insecurity are being ‘forced to make devastating choices’, marrying off children early, pulling them out of school or feeding them locusts, wild leaves, or cactus.

‘Meanwhile media reports from Afghanistan point to families reportedly being forced to sell their children in a desperate attempt to survive,’ it said.

Multiple droughts in Afghanistan were combining with an economic meltdown to push families to the edge, while some 12.4 million people in Syria do not know where their next meal will come from – more than any time during the decade-long conflict, it said.

Increases in acute hunger are also being seen in Ethiopia, Haiti, Somalia, Angola, Kenya, and Burundi, the Rome-based agency said.

It comes as the World Health Organization (WHO) and the United Nations children’s agency kicked off a polio vaccination campaign in Afghanistan on Monday, the first nationwide campaign to fight the disease in three years.

The campaign, which is aimed at reaching over 3 million children, had received Taliban backing, which would allow teams to reach children in previously inaccessible parts of the country, the WHO said.

‘The urgency with which the Taliban leadership wants the polio campaign to proceed demonstrates a joint commitment to maintain the health system and restart essential immunizations to avert further outbreaks of preventable diseases,’ said Ahmed Al Mandhari, WHO Regional Director for the Eastern Mediterranean, in a statement.

However, Momim said that more training was needed for teams in remote areas, so the programme would initially start in places such as Kabul.

Afghanistan and neighbouring Pakistan are the last countries in the world with endemic polio, an incurable and highly infectious disease transmitted through sewage that can cause crippling paralysis in young children.

Polio has been virtually eliminated globally through a decades-long inoculation drive.

But insecurity, inaccessible terrain, mass displacement and suspicion of outside interference have hampered mass vaccination in Afghanistan and some areas of Pakistan.

Several polio workers have been killed by gunmen in eastern Afghanistan this year, though it was not clear who was behind the attacks.

According to WHO figures compiled before the collapse of the Western-backed government in August, there was one reported case of the one wild poliovirus type 1 (WPV1) in Afghanistan in 2021, compared with 56 in 2020.

Until the disease is eliminated completely, it remains a threat to human health in all countries, especially those with vulnerable health systems because of the risk of importing the disease, according to health experts.