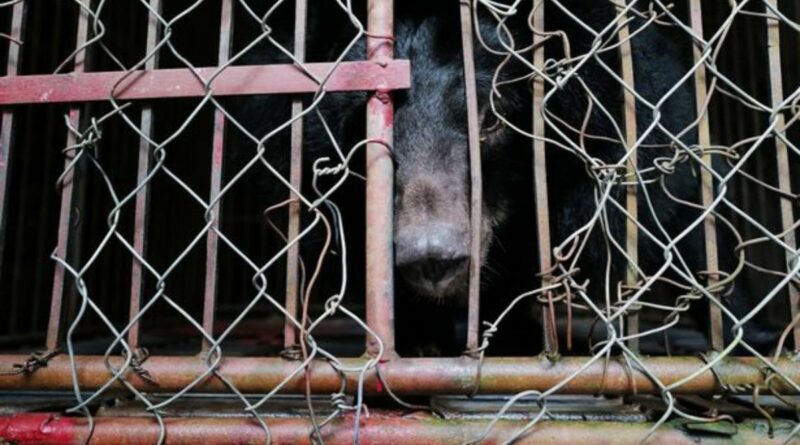 A bear which was tortured for nearly two decades has been rescued and named Paddington in a touching tribute to Queen Elizabeth II. The charity Animals Asia found the bear in a dire condition at a bile farm in Vietnam after police alerted them to the animal’s situation.

The Asiatic Black Bear has been held in captivity for bile extraction to be used in Chinese medicine since around 2005.

On Thursday, September 22, a team set off to rescue the bear after they were alerted by authorities. The famer who was keeping Paddington agreed to release her after realising the impact the illegal practice was having on the bear.

He reportedly said he wanted to give her a new chance at life. The bear is now happily eating jars of marmalade at the charity’s Vietnam Bear Rescue Centre in Tam Dao.

Sarah van Herpt told the Daily Star of the horrific conditions they found Paddington in.

She said: “When we arrived, Paddington was in a dark, smelly cage out the back of the house.

“We could see her head swaying, and knew she must have been head swaying for a long time as she had fur loss and scarring on her forehead from rubbing it on the bars.

“It breaks my heart to know Paddington has suffered, but I prefer to look forwards, not backwards. She will have choice and control back in her life again.” 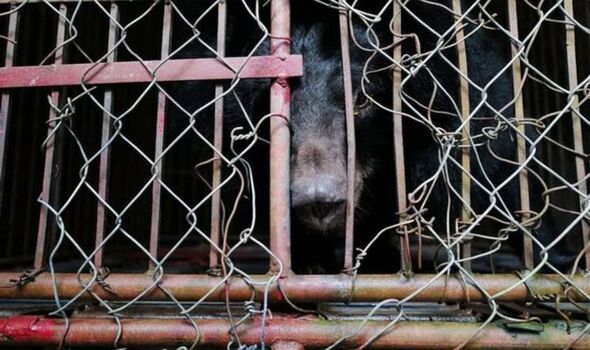 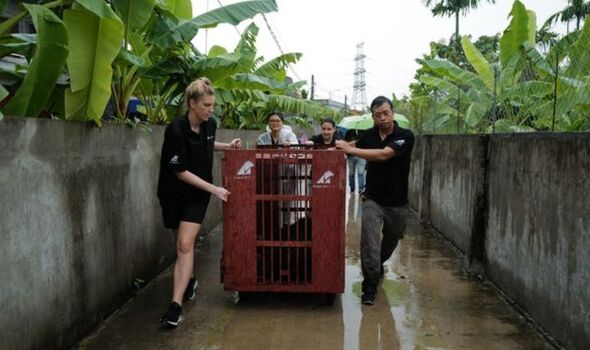 The group’s vets decided to sedate the bear to perform health checks on the animal. They determined that the bear had been undergoing bile extraction for around 17 years.

Bile extraction involves inserting a catheter or pipe into a bears gallbladder to extract the bile in an extremely painful process. The bile is sometimes used in China as a medicine – at one point it was touted as a Coronavirus treatment.

Although Paddington suffered greatly over the better part of the last two decades, she appears to be adjusting to life at the bear sanctuary.

Ms van Herpt said: “Paddington is settling in very well. She is a very hungry bear, and we have to be careful not to feed her too much food too quickly, or she could get sick.

“So far, she is adjusting well to sanctuary life and shows a lot of curiosity whenever she is given something new.” 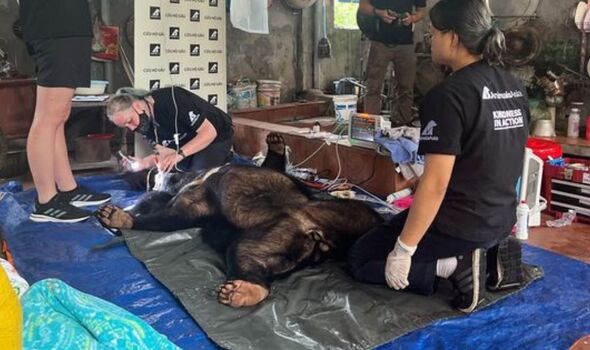 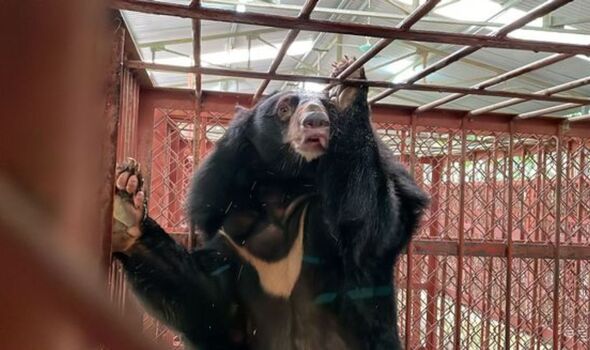 She added: “I was feeling immensely proud of our team, whose hard work over many years of building good relationships with the authorities and raising awareness of animal welfare led to this moment.

“After the wait and getting her out, I felt sad to see how thin she was, but also relief that she was on her way to a better life.”

Jill Robinson, MBE, founded the charity. She gave her reasoning for deciding to name the bear Paddington – a touching tribute to Her Majesty Queen Elizabeth II who died in Scotland on September 8.

She said: “During Animals Asia’s 24 years of operating, we have rescued 670 bears, and each has a special place in my heart, with unique stories that I will never forget. 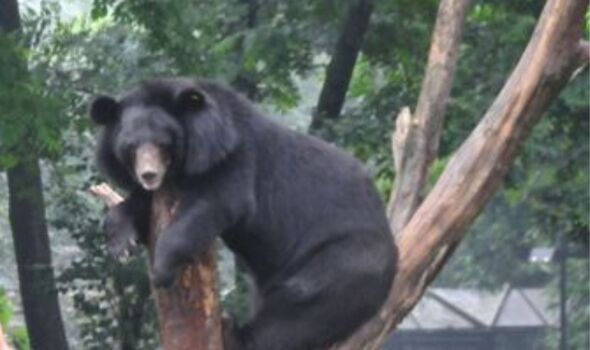 “But as a British expat who has lived overseas for decades, the story of Paddington Bear has a particular meaning, as a reminder of my youth.

“The story of a hurt and lonely bear looking for home mirrors the stories of the hundreds of bears we have saved from bile farms, and given a home.

“Having seen so many poignant rescues and wonderful progress at Animals Asia, I was honoured to receive an MBE from her late Majesty.

“And in light of recent events, and joining the world in a sad farewell to Queen Elizabeth, we felt it was appropriate to thank her for everything and name this bear Paddington in her honour, as a tribute to the original story with its message of kindness and acceptance that continues to inspire people everywhere.”