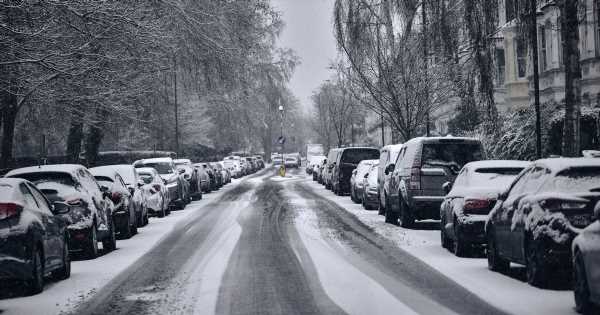 A bout of fresh snow is set to hit parts of the UK this weekend in what could be the second Beast from the East to hit the country.

Ahead of a cold breeze expected to hit on Sunday (January 8), the Met Office has called the low pressure system entering Britain this weekend as a "large beast".

Met Office meteorologist Aiden McGivern has however downplayed fears, saying that it won't be bringing sub-zero temperatures to the UK.

A Beast from the East is described as a "phrase used to describe cold and wintry conditions in the UK as a result of easterly winds from the near continent" and last hit Britain five years ago.

The Met Office added: "When pressure is high over Scandinavia, the UK tends to experience a polar continental air mass."

Oli Claydon, a spokesman for the national weather service, said: "Temperatures will be less mild by Sunday but not cold.

"There is a chance of some snow on the tops of the Scottish mountains as is usual at this time of year but we are not expecting snow elsewhere. There is nothing in our forecast that shows strong easterlies with snow."

Maps from WXcharts show that rainfall is to fall on Sunday morning with the possibility of light snowfall to occur by midday.

Jim Dale from British Weather Services gave his thoughts on the weekend's weather, admitting that major snowfall is unlikely.

He said: "Some snow on Sunday in the usual mountain parts of Scotland – wintry showers further south, but windy everywhere. It doesn’t last. I am struggling to see any major snow events as far as I can see."