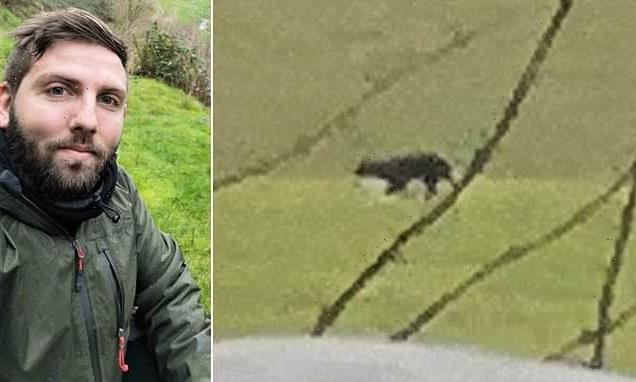 Is this the legendary ‘Beast of Exmoor’? Phantom big cat is spotted prowling the countryside before vanishing

A walker was stunned after coming within yards of the legendary beast of Exmoor in broad daylight.

The much-fabled Beast of Exmoor is a phantom cat reported to have prowled the moors since initial sightings in the early 1970s. 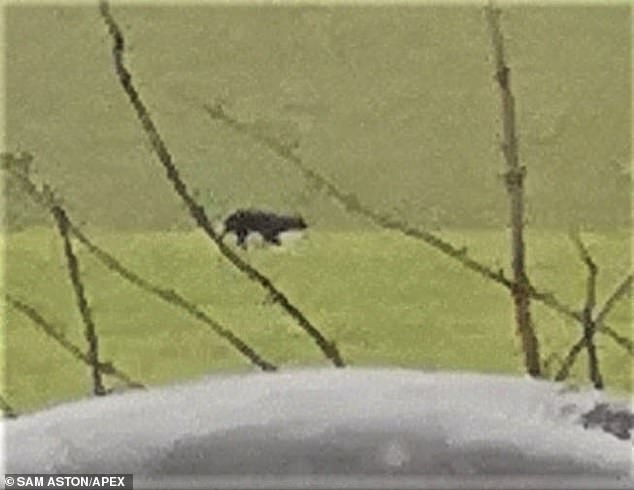 Dog walker Sam Aston was stunned after coming within yards of the legendary Beast of Exmoor (pictured) in broad daylight while out for a walk with his dog near Brayford, Devon 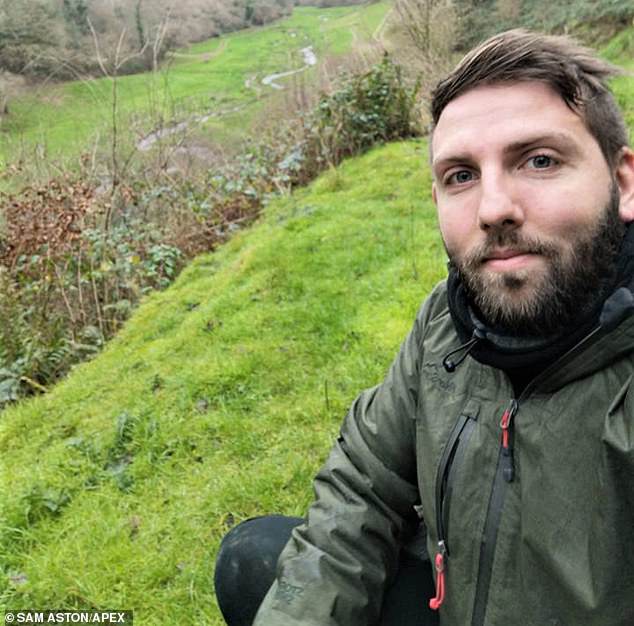 The first reported sighting of a fabled giant cat known as the Beast of Exmoor date back to the 1970s.

Since then, there have been repeated sightings, with witnesses all claiming the creature resembles a large, black cat.

In 1983, it came to national attention after 100 sheep were mauled and killed.

Blurred photographs and a succession of intriguing sightings followed for decades, at one stage rivalling the legend of the Loch Ness Monster.

Yet countless bounty hunts, safaris and expeditions  –  one conducted by Royal Marines  –  failed to pin it down.

Sceptics have regularly put the sightings down to deers, cars and dogs or various types of livestock.

A Devon farmer found a puma skull in 2006, confirmed by the British Big Cats Society.

However, the official statement by the DEFRA outlined ‘based on the evidence, DEFRA does not believe that there are big cats living in the wild in England’.

‘I couldn’t make out what it was so I grabbed my phone and took a pic for identification purposes.

‘I’m a bit of a wildlife photographer and I automatically went through a list – was it a dog, a deer, a cow? I started to check off these animals.

‘It ran like a cat but there’s no cat of that size in this country. It was the size of a big Labrador.

‘It had a big long tail and I watched it running for about 10 seconds. And then it was gone.

‘I know what I think it was but the idea of seeing a big cat in the UK is very, very unlikely.

‘I’m a professional dog walker and know what a dog runs like. And dogs and cats run very differently.

‘If it was a big cat it was probably released years or decades ago.

‘They’re shy animals and don’t seek conflict – I’d be more than happy to go back there again.’

Sightings of the beast were first reported in the 1970s although it became notorious in 1983 when a South Molton farmer claimed to have lost over 100 sheep in the space of three months all of them apparently killed by violent throat injuries.

Farm animal deaths in the area have been sporadically blamed on the Beast ever since.

Sightings were reported in the Devon and Somerset areas of England.

It has been suggested that the beast may possibly be a cougar or black leopard which was released from a private collection sometime in the 1960s or 1970s after a law was passed making it illegal for them to be kept in captivity outside zoos.