The city planted a trail of 28 Japanese maple trees to mark the first anniversary of the atrocity that shook the city to its core. 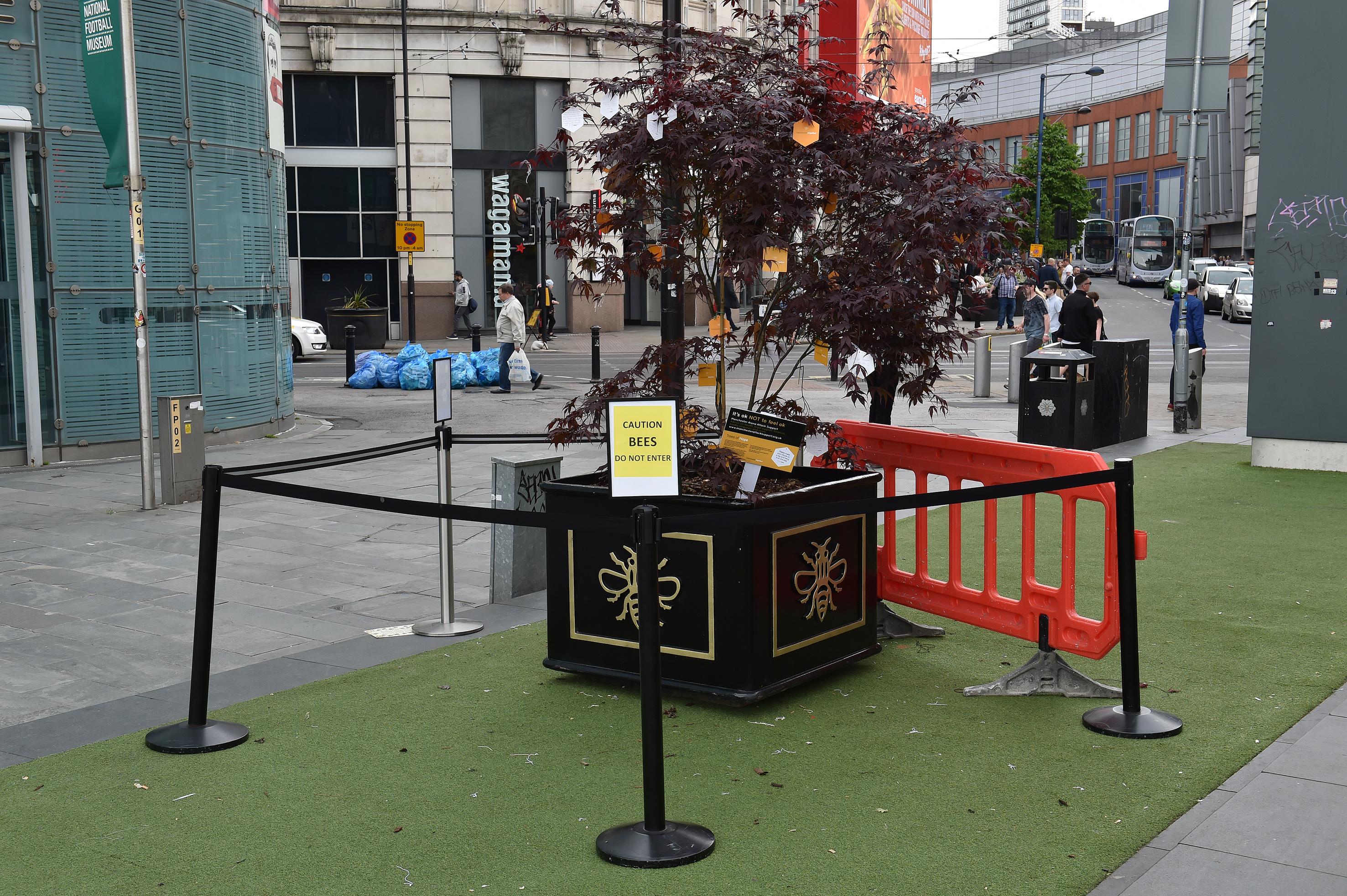 In a poignant symbol, a swarm of honey bees has now descended on one of the trees close to the National Football Museum.

The worker bee became a symbol of unity and defiance in the wake of the May 22 2017 attack and has come to represent Manchester’s indomitable spirit.

Speaking to Manchester Evening News, a passer-by who witnessed the swarm descend on the tree said: “It’s brilliantly poignant.

“The whole tree was just infested with bees and it had to be sealed off.

“I don’t know whether a nest has been set up within the tree, or it’s a swarm following a queen and could leave, but it’s a lovely symbol.” 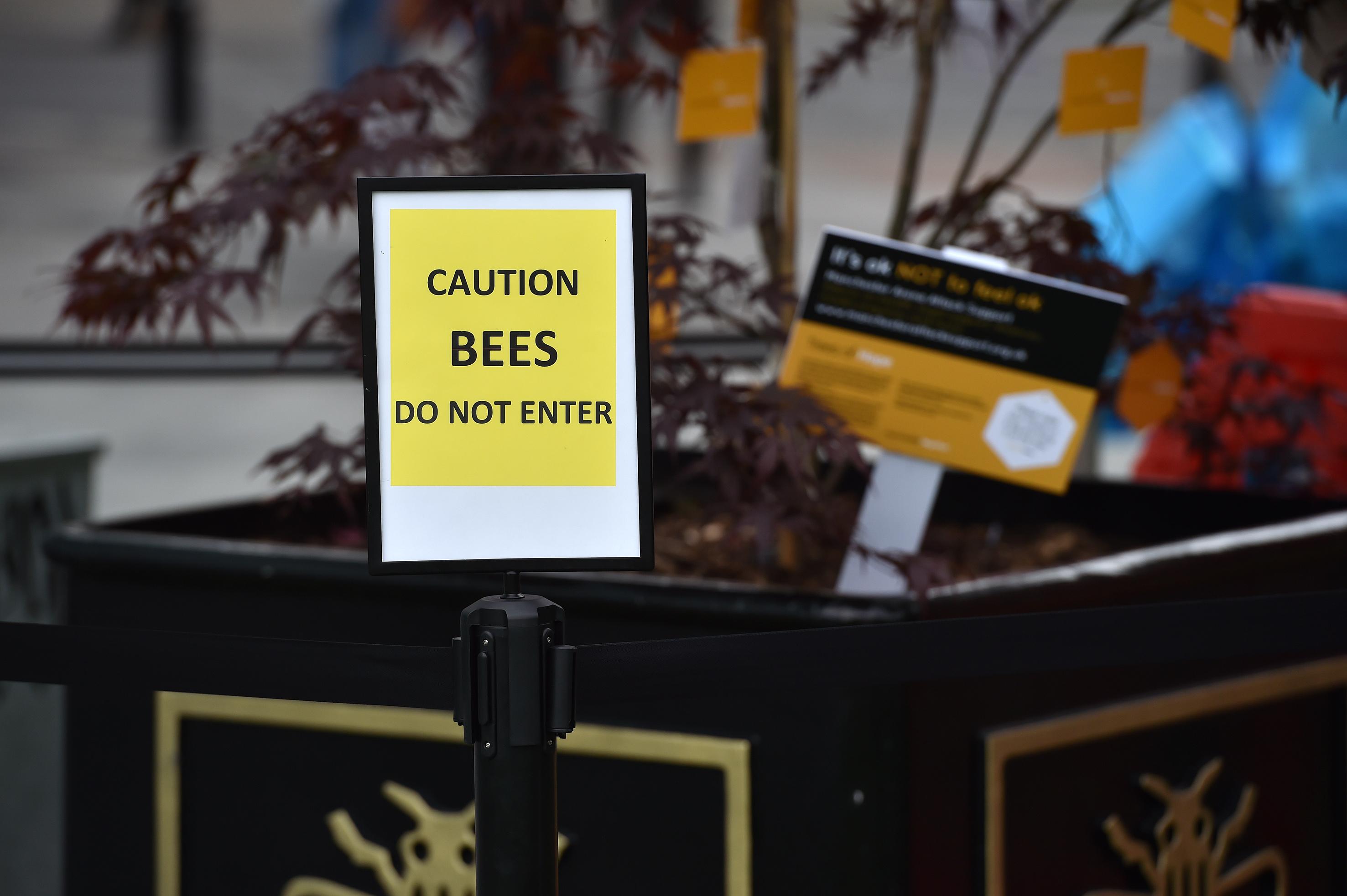 To safeguard the bees, and protect the public, council workers have set up a cordon around the tree with a sign placed nearby saying: “Caution bees. Do not enter.”

Dozens of moving notes of remembrance written by the public were attached to the branches last week as part of a memorial service to the 22 victims.

Photographs suggest the hive has been set up on a branch near a message reading: “We will never forget. X.” 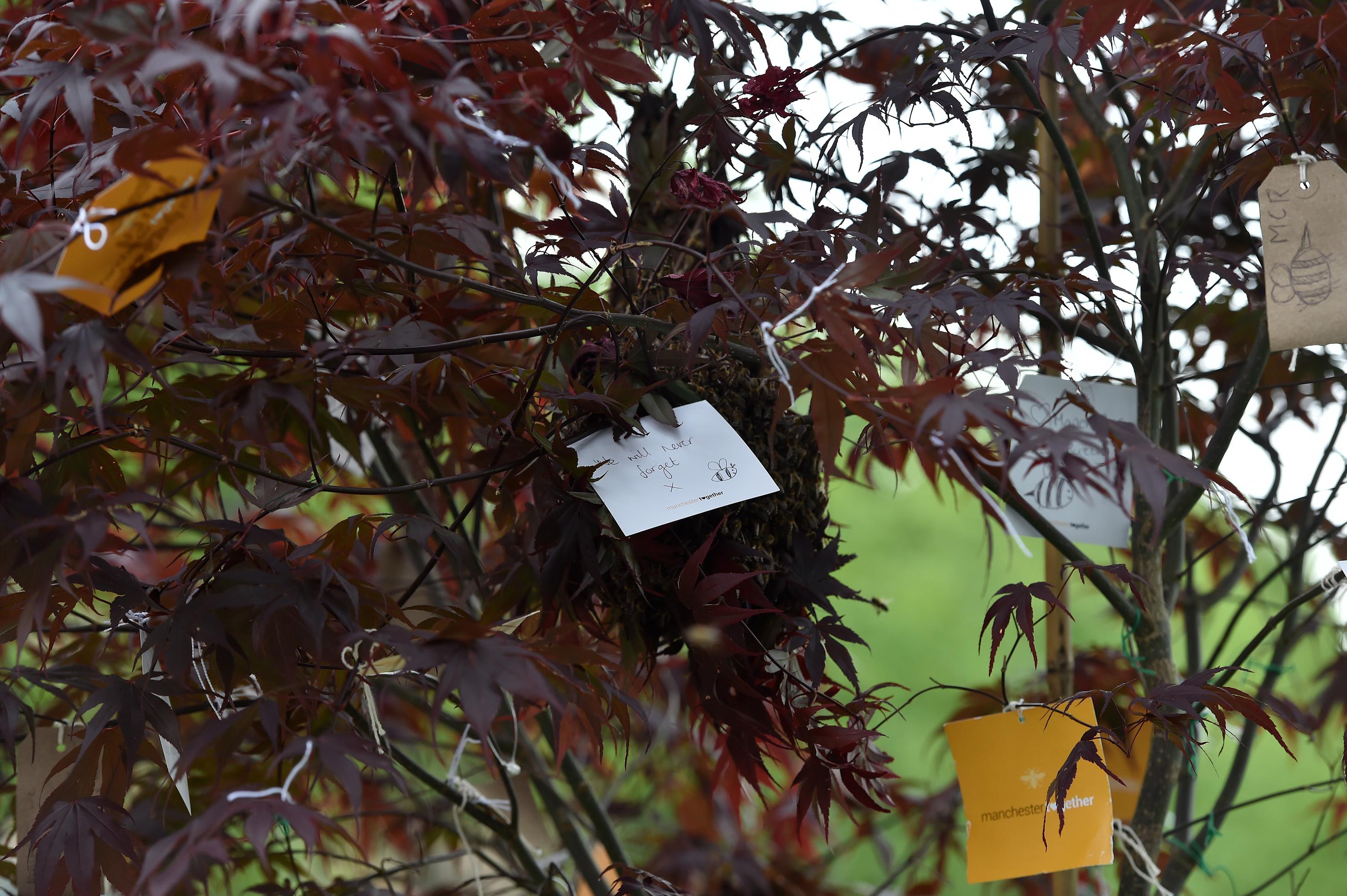 The Trees of Hope line a route from Manchester Victoria railway station to St Ann’s Square, and were installed for members of the public to share messages of tribute, solidarity and love.

Some of the trees have been nurtured with compost made from the floral tributes left by the public at the site of the attack last year.

The trail will come to an end today. 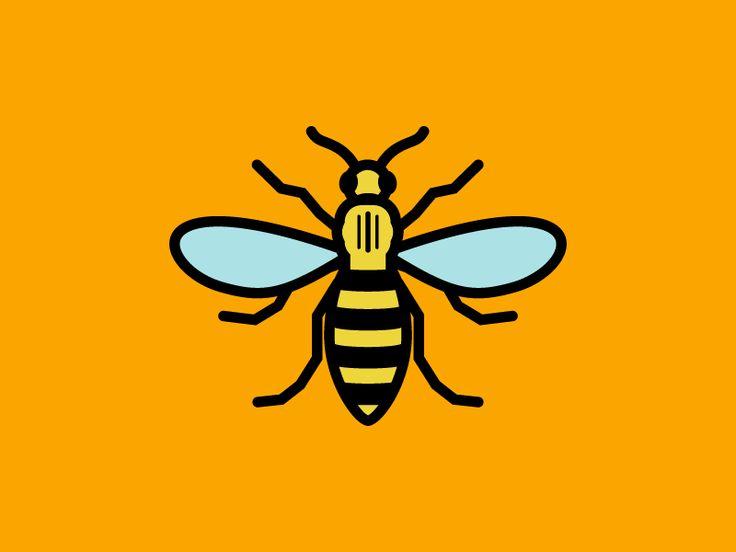 After this, each message tag will be preserved and kept, alongside tributes left last year, in an archive of the city’s response to the attack.

The trees will continue to stand in the city centre.

The worker bee has been the symbol of Manchester since the Industrial Revolution at the turn of the 19th century.

In the 1800s Manchester was awash with textile mills that were commonly described as ‘hives of activity’ and the workers inside them compared to bees.

‘Busy bee’ is still a term associated with industriousness and hard work.

Traditionally, they represent the city’s energy and sense of community.

Worker bees are featured in Manchester’s coat of arms, which was given to the city in 1842, and can be seen on many public buildings throughout the city.

Following the Manchester Arena bombing, the worker bee became a symbol of unity and defiance, and came to represent Manchester’s indomitable spirit.