Washington: Some of his top congressional supporters won't commit to backing him if he runs for president again, and two may join the 2020 race themselves. A handful of former aides might work for other candidates. And Bernie Sanders' initial standing in Iowa polls is well below the 49.6 percent he captured in nearly defeating Hillary Clinton there in 2016.

Sanders may have been the runner-up in the last Democratic primary, but instead of expanding his nucleus of support, in the fashion of most repeat candidates, the Vermont senator is struggling to retain even what he garnered two years ago, when he was far less of a political star than he is today. 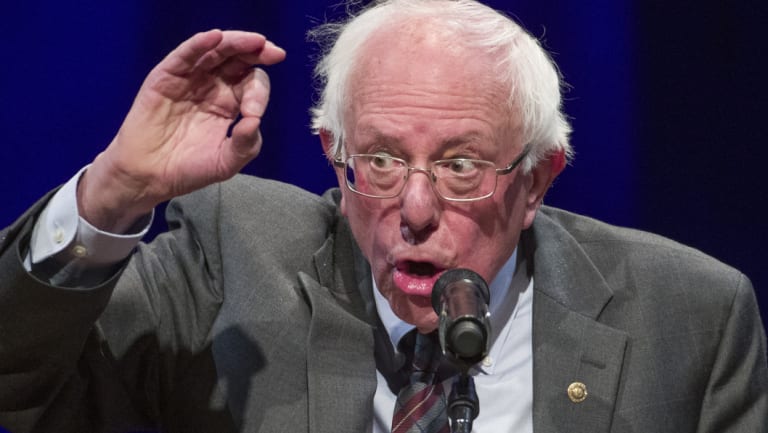 Senator Bernie Sanders, speaks about his new book, ‘Where We Go From Here: Two Years in the Resistance’ in November.Credit:AP

"It's not a given that I'm going to support Bernie just because I did before," said Lucy Flores, a former Nevada assemblywoman who previously endorsed Sanders.

"There are going to be plenty of people to look at and to listen to. I'm currently open at this point, and I think the majority of people are."

As Sanders considers a second bid for the White House, he and his advisers are grappling with the political reality that he would face a far different electoral landscape than in 2016. Rather than being the only progressive opponent to an establishment-backed front-runner, the Vermont independent would join what may be the most crowded, fractured and uncertain Democratic primary in the last quarter-century.

It's not 2016 any more … There are just too many Democrats who don't forgive him for not being a Democrat.

There would also be candidates who are newer to the national political scene than Sanders, offering fresh energy — something many in the party prefer — as well as those who echo his message about economic justice and the corrosive effects of money in politics.

"Ironically, Bernie's agenda for working families will be the Democratic Party's message in 2020, but he may not be the one leading the parade," said Bill Press, a progressive talk show host who was an early backer of Sanders in 2016.

Press said he thinks a candidate like Senator Sherrod Brown of Ohio could carry the same populist message. "What I hear from a lot of friends is that a younger Bernie is what we need," he said.

There is no doubt that Sanders, 77, would be one of the most formidable contenders if he does run. No other potential candidate would start with the foundation of a 50-state organisation, a small-dollar fundraising list that delivered $US230 million ($327 million) and undying devotion from a core group of backers. 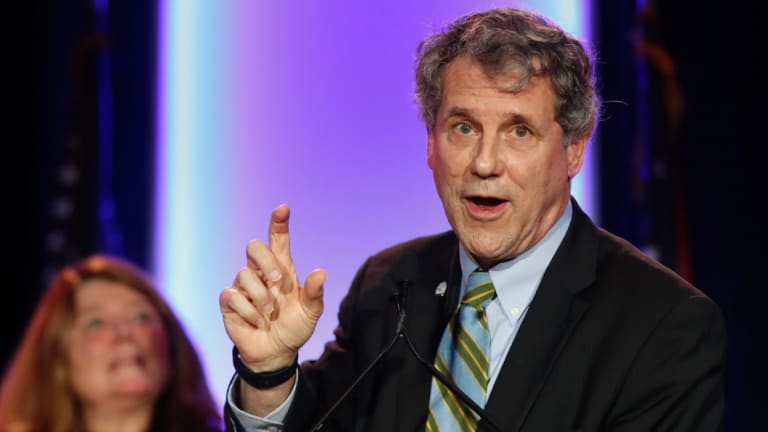 His advisers note that these advantages could prove crucial in a splintered field when only a plurality may be needed to prevail at the end of a long race.

Melissa Byrne, who did digital and get-out-the-vote work for Sanders in 2016, said she's eager to work for him again and noted, "We're all more experienced and battle-tested."

But unlike recent primaries when a second-place finisher ran again and won the nomination, such as with John McCain in 2008 or Hillary Clinton in 2016, there has been no rush of new support to Sanders ahead of his formal announcement. Instead, the early manoeuvreing is for the large numbers of officeholders, activists and voters who want to wait to see how the Democratic race develops.

And that roster of progressives includes many who backed Sanders two years ago.

"I think one has to wait and see who's got the best chance mathematically," said Raul Grijalva of Arizona, Sanders' first congressional backer in 2016, because, as he put it, "the insurgency is broader."

Grijalva was hinting at a phenomenon that many Sanders supporters have cited: he is something of a victim of his own success. 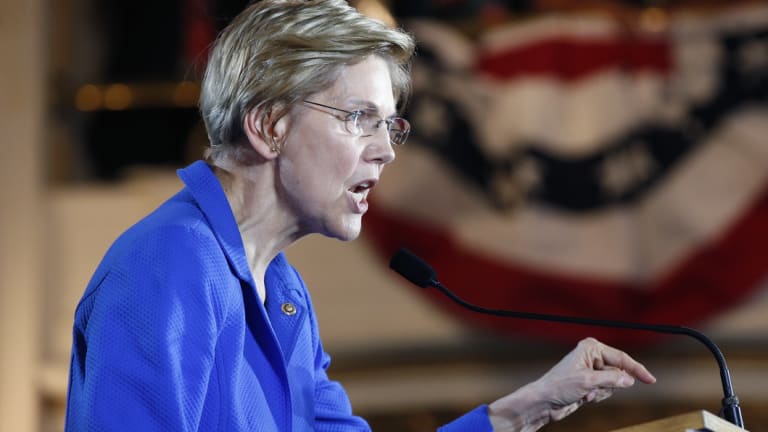 The senator's views on issues like universal health care and his willingness to shun corporate contributions have increasingly become not only part of the Democratic mainstream but also litmus tests within the party.

Perhaps nowhere is his success more evident than in the lineup of other presidential candidates. Two other lawmakers who backed Sanders last time, Senator Jeff Merkley of Oregon and Tulsi Gabbard of Hawaii, are both moving toward long-shot, populist bids of their own.

And that is to say nothing of Senator Elizabeth Warren of Massachusetts, who watched as Sanders occupied the progressive lane that some on the left had hoped she would fill against Clinton in 2016; or, for that matter, Beto O'Rourke of Texas, whose unvarnished appeals on the stump and refusal to take PAC money in his Senate campaign this year recalled Sanders' approach. 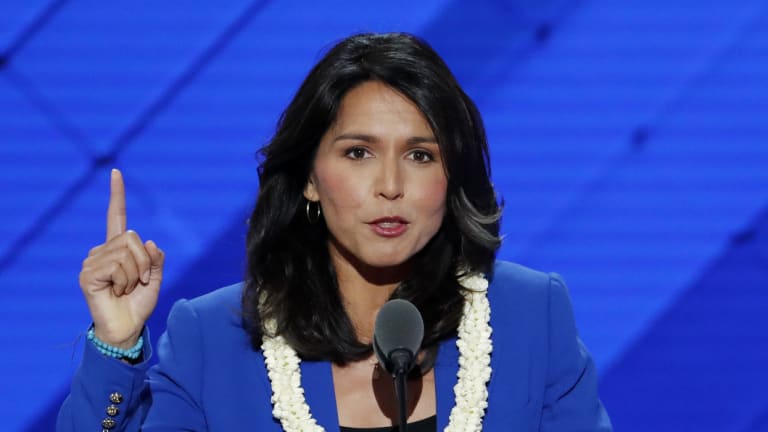 The other potential candidates pose a more practical threat to Sanders: They may also absorb some of his former campaign aides.

While he would retain the same senior team, Sanders may suffer defections among some key staffers who worked for him in 2016.

For example, Symone Sanders, his former press secretary (who is not related to the senator), said she may work for one of Sanders' opponents.

"There are a lot of good candidates this time," she said. "I'm going to wait and see."

Further, the political consulting firm led by three of Sanders' top digital aides from the last campaign — Kenneth Pennington, Hector Sigala and Elizabeth Bennett — worked for O'Rourke's Senate bid and are hoping to work on his presidential campaign should he run, according to a Democratic strategist familiar with the firm's thinking.

Two veterans of Sanders' 2016 campaign, Becky Bond and Zack Malitz, were instrumental this year in helping to organize O'Rourke's race against Senator Ted Cruz. Both said they are eager to be a part of any "Beto for President'' effort.

Malitz added: "I want Beto to run and would want to work on that campaign." 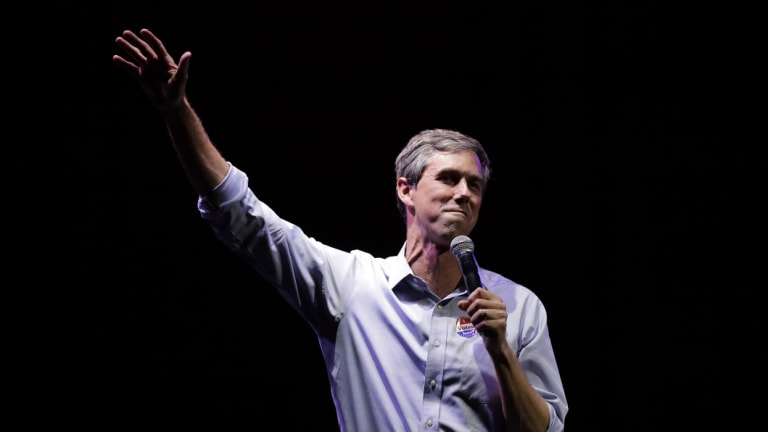 But it is not just lawmakers, strategists and potential staff members who are hanging back from Sanders: some of his supporters in early nominating states are doing the same, in part because they do not want to litigate the divisive 2016 primary again.

Ron Abramson, an immigration lawyer in New Hampshire, was on Sanders' steering committee there, but he is not eager for another Sanders run. He said he was especially concerned about the senator's age given how physically demanding the job of president seemed.

"It's not 2016 anymore — the considerations may need to be more pragmatic than ideological," Abramson said. "There are just too many Democrats who don't forgive him for not being a Democrat. I don't want to go through the same type of divisiveness again that we saw."

Sanders does still enjoy some bedrock support in states like Iowa and New Hampshire. Unlike some of his lesser-known rivals, his unwavering base of progressives will guarantee him a floor of support should he enter the race.

But the first surveys of Iowa caucus-goers indicate he has lost some of his less-ardent backers. He is polling in the teens there even though he has universal name recognition.

The early front-runner is vice president Joe Biden, but Biden may not run, leaving even more votes up for grabs. But other likely candidates will work just as aggressively to step into that vacuum. And this surfeit of contenders may keep some institutional pillars of the left on the sidelines.

Organized labour, for example, is unlikely to rally around Sanders should another populist like Brown enter the race, according to multiple union officials.

The uncertainty has created some awkwardness for veteran progressives, who feel a measure of loyalty to Sanders but also recognize 2020 may prove very different from 2016.

"I don't know, I honestly don't know," said Joseph Cirincione, a foreign policy adviser to Sanders in 2016, when asked if he'd support the senator again. "I would certainly continue to advise him. Would I support him? I think a lot of us want to see how this develops.

"I think he should do it, he's an important voice. But does he prevail, would he be the strongest candidate? We don't know yet."