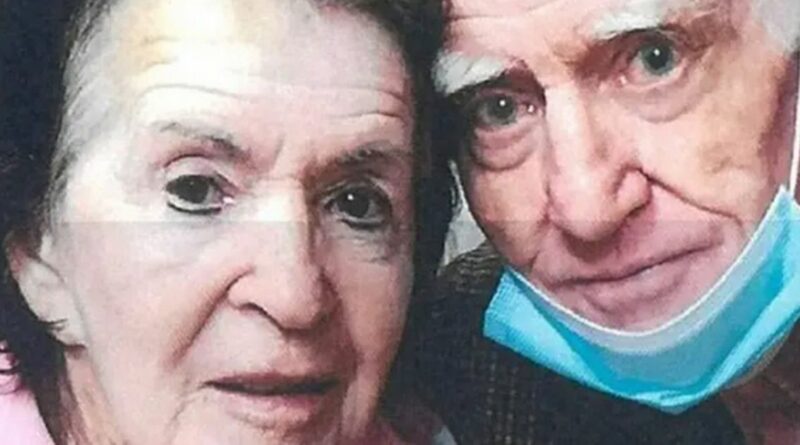 A pensioner is set to be jailed for going on the run with his partner of 15 years after breaking her out of a nursing home in Australia.

Ralph 'Terry' Gibbs, 80, took his girlfriend Carol Lisle, 84, from a facility located in Mandurah and drove across the outback in a bid to take her home to Queensland on January 4.

But two days later, the builder was found with his "little sweetheart", who reportedly was distressed when police found them deep in a desert in 43C heat – just 90 kilometres from the Northern Territory border.

Lisle, who has dementia and Parkinson's, reportedly smelled of urine after being stopped while dressed in the same clothes as she was in when she was first taken.

Gibbs said Lisle had originally been taken to Perth by her goddaughter last year while he was recovering from an illness in hospital. He said he just wanted to get her back home, which was around a distance of 3,000 miles.

Police confirmed he was initially charged with deprivation of liberty and endangering life, but he pleaded guilty to a charge of unlawful detention on February 9.

Magistrate Raelene Johnston said sentencing Gibbs was not an "easy exercise" after the pensioner told Perth magistrates court that he was "acting out of love."

On Friday, February 18, said it was clear that Gibbs just wanted to be with his partner of 15 years but added that his actions were "entirely misguided."

"But objectively your conduct was extremely dangerous, and the objective seriousness of your offending was made clear by the reactions of those people who observed you."

She went on to explain to the court that his actions were premeditated as Gibbs had purchased a car, jerry cans of petrol and a map of the country just days before.

"You placed your personal desire over the welfare of your partner," she added.

"You continued to place your wishes above her needs. You must have known you were struggling to look after her, yet you continued on your journey.

"Your conduct could have compromised her health. Given the extremely remote location you were found in."

Johnston acknowledged that Gibbs had no previous convictions but said a jail sentence needed to be imposed despite his lawyer arguing that a fine would have been more appropriate.

Gibbs fears that he will never see his partner again after it was announced he would be sentenced to seven months' jail, suspended for 12 months, with a two-year restraining order.

"I have been fighting for a year to get her back so we can see each other because she has dementia and may not last much longer," he said outside of court.