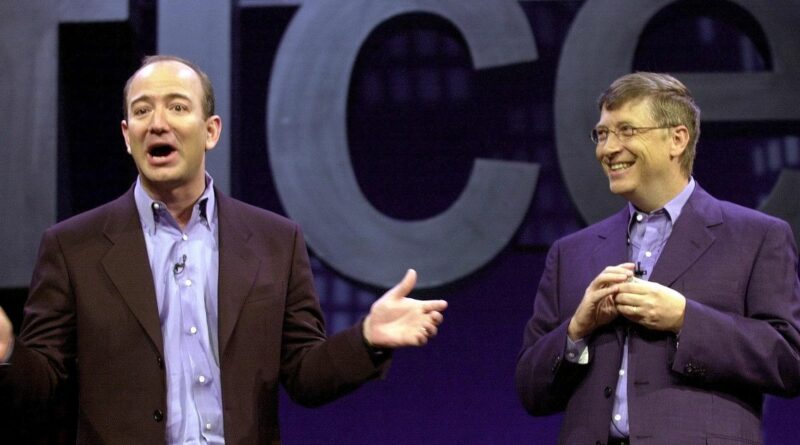 Two of the world's richest men enjoyed a blow-out at a billionaire boat party this weekend after emerging from some of the most expensive divorce settlements in history.

Microsoft co-founder and billionaire Bill Gates celebrated his private 66th birthday on a superyacht that costs $2million (£1,464,570) to rent for one week off the coast of Turkey on Friday,

He invited Amazon and Blue Origin boss Jeff Bezos along as one of 50 guests at the four-hour event on his boat 'Lana', which is moored next to the Mediterranean sea. The rented yacht has a gym, jacuzzi, beach club, and swimming pool on board, MailOnline reports.

In May this year, Bill Gates and Melinda French Gates announced that they were to divorce after 27 years of marriage, with the process finalised at King County court in Washington in August.

Microsoft received a report in 2019 that Mr Gates had tried to start an intimate relationship with an employee back in 2000, but a spokesman has denied that this was the cause of their recent split.

He has also been accused of meeting with Jeffrey Epstein after the disgraced financier had been convicted of child sex offences. Melinda is estimated to have ended up with a fortune of as much as $60,000,000,000 (£43,947,000,000) from the divorce.

Meanwhile, Bezos began divorce proceedings from novelist MacKenzie Scott in 2019, after leaked texts revealed that he had been having an affair with former US TV anchor Lauren Sanchez.

A statement released at the time by the couple said that they “looking forward to the next phase as co-parents and friends”.

Bill and Melinda Gates both took on lawyers from either side of Mr Bezos and Ms Scott's case for their own divorce proceedings.

The MailOnline reports that Bezos flew in to Gates’ superyacht event this wekekend by helicopter, leading to considerable criticism online over what some have called a 'do as I say not as I do' attitude from two leading environmental campaigners.