A former Britain’s Got Talent star whose dog ‘hypnotised’ Simon Cowell has revealed the pooch is actually a fake.

Krystyna Lennon, 45, took the talent show by storm when German Spitz Princess, 11, left a dozen audience members and hosts, Ant and Dec, on the floor during her audition in 2015 – claiming it was her hypnotic pooch’s wide pupils and deep stare which drew people into a trance.

The mum-of-three and her fluffy assistant went on to enjoy a long and celebrated career on stage, travelling all over the world while Princess hit headlines for hypnotising other celebrities including James Corden, Nadia Sawalha, and Drew Barrymore. 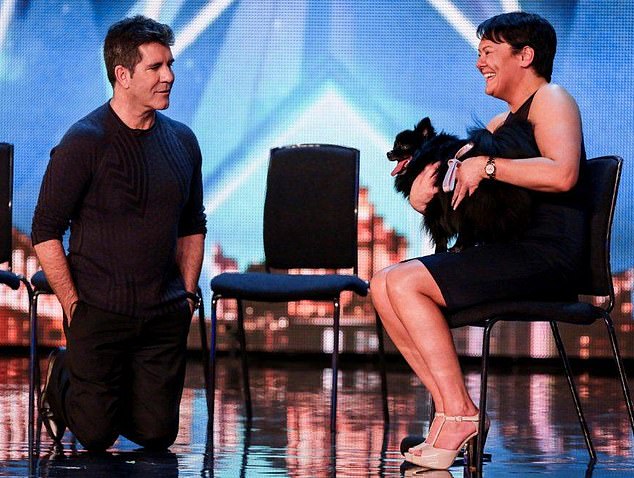 Krystyna Lennon, 45, and her German Spitz sent Simon Cowell, as well as hosts Ant and Dec, into a trance with her wide pupils and deep stare on Britain’s Got Talent in 2015

But with the pooch set to retire from the limelight, Krystyna has exposed the truth behind Princess’ ‘powers’ for the first time – revealing people only fall into the trance because they believe they are being hypnotised, and she has no special abilities.

The professional hypnotist from Leeds, West Yorkshire, said: ‘I’ve decided to tell the truth because Princess is retiring.

‘It’s not fair to string everybody along and let them believe she has super powers when she doesn’t have any. It’s not that Princess has powers – she’s just an ordinary dog – it’s that people believe she has powers.

‘It’s all about belief, I have to make her victims believe they are going to be hypnotised by a dog. I have had some doubts about revealing the truth, but it’s part of my story because the work I am trying to do now is getting people to realise that they are hypnotised by loads of things in everyday life and they just don’t realise.

‘I’ve had an absolutely hilarious journey and have had the chance to meet so many celebrities who all say they have been terrified or really excited to meet me. It does make me laugh when I look back at all the people I’ve hypnotised and they believe that the power lies with the dog.’

Mr Cowell was sceptical on the dog’s supposed powers, until he appeared to fall asleep at his desk moments after the performance in 2015.

He previously said: ‘It’s 100 per cent real. I was feeling sleepy and then fell asleep,’ he explained. ‘It’s almost like your brain tells you to do something which you shouldn’t be doing but you just go along with it. The next thing is, you’ve actually fallen asleep. 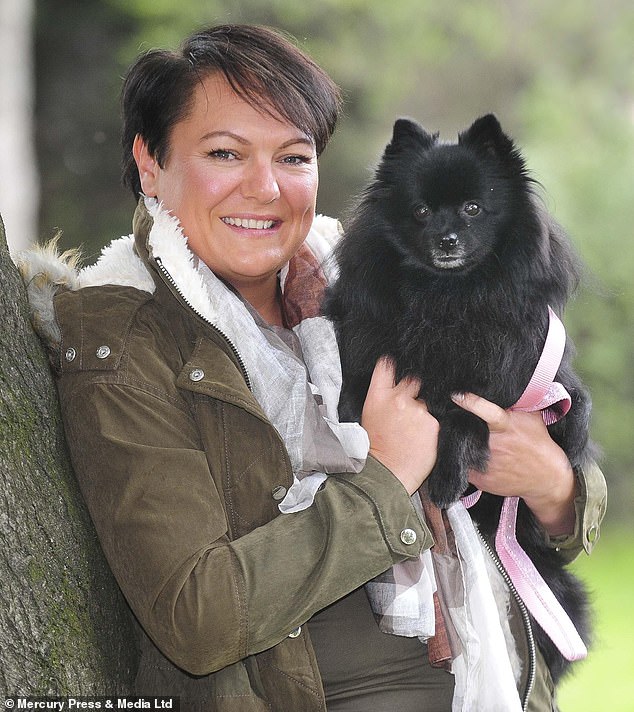 The mum-of-three from Leeds revealed her pooch is an ‘ordinary dog’ and does not have special abilities. She said people fall into a trance as they ‘believe’ they are being hypnotised

‘I always said I wanted to find a cat that could play the guitar,’ he added. ‘I think we’ve done pretty well finding a dog that can hypnotise people! I just want to own the dog. I could literally rule the world with this dog because all it does is stare at you and you do whatever it wants.’

Krystyna qualified as a hypnotist in 1999 and started her career helping people to lose weight and quit smoking.

But after losing her job in 2014, she began considering taking her skills to the stage and realised that her pet, Princess had a hypnotic stare just nine months after adopting her in January that year.

Krystyna discovered her pooch’s psychological skills when she locked eyes with Princess while eating a sandwich, and realised she could use food to train her to deliver the same stare to her on-stage volunteers.

After just two weeks of training in October 2014, Hypnodog had perfect her gaze – believing that she would be rewarded with ham whenever she locked eyes with someone kneeling in front of her. 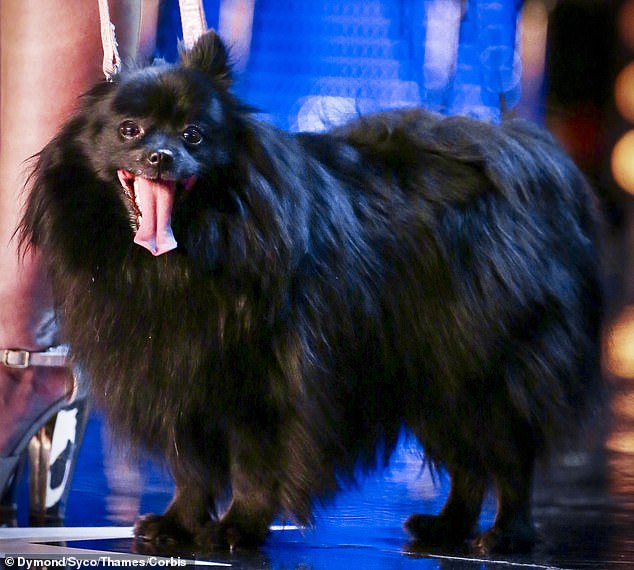 The 11-year-old pooch is now set to retire from the limelight. Ms Lennon wants to carry on her hypnosis career alone, saying it is ‘getting too much’ for Princess

An expert in linguistics and behaviour, Krystyna also makes people kneel during Hypnodog’s performances to make them feel vulnerable, before using lights to tire people’s eyes and controlling language techniques to make them fall to the floor.

Krystyna also revealed that Princess has a secret stunt double called Empress – Krystyna’s second dog – a four-year-old Pomeranian, who acts as an understudy so the show can go on when the main star can’t make it.

She said: ‘It’s about the setting and the linguistics, I get Princess’ victims to kneel so they are looking up at you and then you suggest things.

‘I first make sure they are suggestible to hypnotism by taking them through a quick suggestibility test, a series of questions to see how responsive their behaviour is to my voice. Then I tell them they look tired, they must feel sleepy, their eyes are getting tired – but of course they are because they’re looking up at the lights above you. 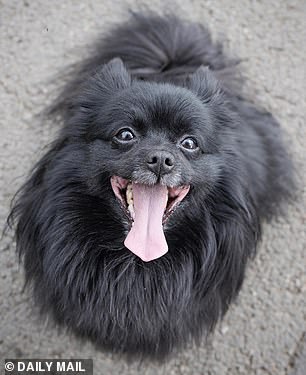 ‘We have trained Princess to focus on someone in front of her who is kneeling down by training her to think she is going to be rewarded with ham when she does that.

‘Because she thinks she is about to get something she likes, her pupils are dilated and it helps the lights to reflect in her eyes and further create this illusion to the person that they are being hypnotised.

‘They feel like they are being controlled because they are in a vulnerable position – they are kneeling on the floor. Eventually they start to feel sleepy and wobbly until they fall – it’s kind of like a mind control taking place.

‘Some people are stronger believers than others and it’s never going to work for anyone who doesn’t believe. On Britain’s Got Talent, I had spoken to audience members before and picked them out before they came on stage.

‘But another time, I once went into a venue and I hadn’t had chance to work with anybody before and there was a lady at the front eating crisps – Princess started to stare at her because of the crisps and the lady just fell to the floor.’

Krystyna claims she has previously been offered up to £25,000 to reveal the truth behind Hypnodog, but decided now was the right time to reveal her trickery to the nation.

Now the mum to kids, Leah, 27, Joel, 23, and Tallulah, 14, wants to carry on her hypnosis career alone, using her skills to help individuals reach their goals by retraining their mind to believe in themselves.

Hanging up her hypnosis hat, Princess will now return to life as an ordinary family pet with Krystyna and children.

Krystyna said: ‘Princess is 11 years old now and it’s just not fair – it’s just getting too much for her.

‘My day job is still working with people and businesses to help them believe that they can achieve certain goals and that’s what I’m passionate about, and that’s what I want to focus on again.

‘I started working with Princess as a bit of an experiment and I have been named the world’s best hypnotist because of it so it went pretty well.

‘I have travelled all over the world with her and it’s been a great experience but it’s taken me away from what I really want to do, which is helping people.’

Couple are among first to wed under new post-lockdown rules