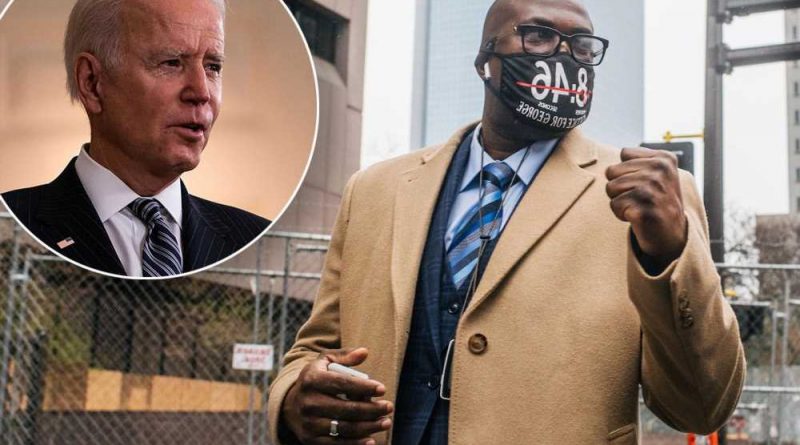 President Biden called George Floyd’s brother Monday as the jury began deliberations in the trial of ex-cop Derek Chauvin and told him “he was praying for us,” the family said Tuesday, according to a report.

“He knows how it is to lose a family member, he knows the process of what we’re going through,” Floyd said. “So he was just letting us know that he was praying for us, hoping that everything will come out to be OK.”

The president’s call, they said, came on Monday when the jury at the murder trial of ex-Minneapolis cop Derek Chauvin in Floyd’s death began deliberating on the charges in Hennepin County District Court and Minneapolis remained on edge as more than 3,000 Minnesota National Guard members were activated and hundreds marched through the streets into the night ahead of a verdict.

White House Press Secretary confirmed the call in a tweet Monday morning, writing, “President Biden spoke with the family of George Floyd yesterday to check in with them and also share that the family was in his prayers.”

The call also came as California Democratic Rep. Maxine Waters fanned the flames, telling protestors, “We get more active, we’ve got to get more confrontational,” Waters added. “We’ve got to make sure that they know that we mean business.” Her comments led the judge in the case, Peter Cahill, to say at the trial’s close that Waters may have given the defense a good chance of having the case overturned on appeal.

Philonise Floyd said the dead man’s family is “optimistic” that the jury will convict the former cop — and asked that protests remain “peaceful” regardless.

The deliberations come on the heels of another police-involved death — just 10 miles from the courthouse where Chauvin’s fate is being weighed.

Last week, police in neighboring Brooklyn Center shot and killed 20-year-old Daunte Wright during a botched traffic stop — when a cop said she mistakenly grabbed her Glock 9mm instead of her Taser.

Wright’s death sparked a new round of violent protests against police brutality — with authorities already on high alert in anticipation of a Chauvin verdict.

Philonise Floyd said that, while he hopes there is no renewed violence, he “can’t stop people from doing the things that they’re doing because people are in pain.”