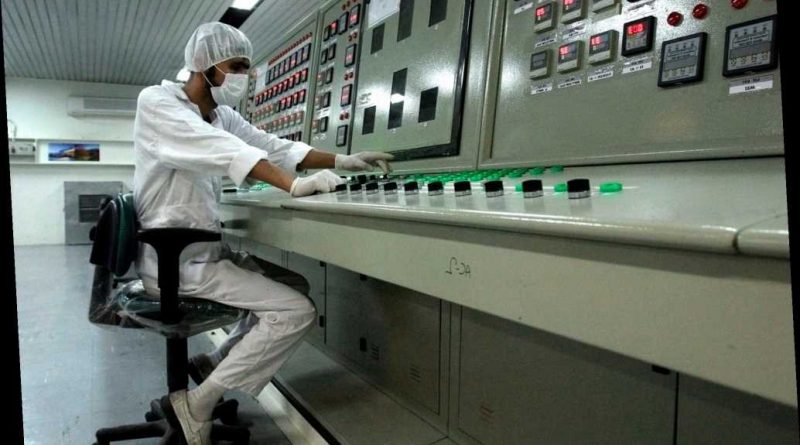 How media monetized polarization and other commentary

President Biden is eager to reengage with Iran and return to the nuclear deal. Yet the murderous regime has no interest in changing its ways. It is boosting its nuclear-weapon development and its network of deadly militias across the Middle East in its continued drive for hegemony.

Biden said during the campaign he’d rejoin the nuclear deal “as a starting point for follow-on negotiations” if “Iran returns to strict compliance,” working “to strengthen and extend the nuclear deal’s provisions, while also addressing other issues of concern,” such as Iran’s ballistic-missile program, human-rights abuses and “destabilizing activity.”

That was always naïve, and Javad Zarif, Iran’s foreign minister, confirmed it Friday: “There cannot be any renegotiations,” he wrote in Foreign Affairs. “Iran’s defense and regional policies were not up for discussion,” since the West won’t withdraw from the region and stop selling arms to its allies.

Zarif proudly declared, “Iran has significantly increased its nuclear capabilities,” and indeed, the International Atomic Energy Agency revealed this month in a confidential report that Iran took a crucial step in December, starting an assembly line to make uranium metal, a key nuclear-weapon component prohibited by the nuclear deal. France, Germany and Britain jointly warned of the “grave military implications,” noting that the metal “has no credible civilian use.”

Earlier this month, Tehran said it was producing 20 percent enriched uranium, far above the 3.67 percent agreed to in the nuclear deal, crossing what even the appeasing Europeans have considered a red line. The IAEA said in November that Iran had accrued a low-enriched uranium stockpile 12 times that allowed under the accord. Iran kept the agency from visiting for months last year and promises to bar inspectors permanently if US sanctions aren’t lifted by Feb. 21.

Nor is the problem just nukes. Tehran’s multiday military exercises this month included tests of ballistic missiles and bomber drones aimed at, Iranian state TV said, a “hypothetical enemy missile shield” and “hypothetical enemy bases.” Some missiles landed just 100 miles from the USS Nimitz, their debris flying after they exploded. One missile touched the water 20 miles from a commercial vessel.

Newsweek recently reported that Iran is delivering “suicide drones” (advanced unmanned aerial vehicles) to its Houthi proxies in Yemen. With a 2,000-kilometer range, they can hit Israel, Saudi Arabia, even American targets in the region.

All this should be a wake-up call for the new president, but Biden looks to be sticking to appeasement. His choice for CIA director, William Burns, played a key role in the Obama administration’s 2013 secret talks with Tehran that led to the 2015 nuclear deal. And Biden is reportedly looking to make Robert Malley his special envoy to Iran.

Malley was pushed out of the 2008 Obama campaign after news broke that he’d met with members of the terrorist group Hamas, but he became the Middle East director for President Barack Obama’s National Security Council. Last year, he actually condemned the killing of top Iranian nuclear scientist Mohsen Fakhrizadeh.

A dozen former Iranian hostages and human-rights activists sent a letter to Biden’s secretary of state designate urging him not to put Malley in the administration, as it “would send a chilling signal to the dictatorship in Iran that the United States is solely focused on re-entering the Iran nuclear deal, and ignoring its regional terror and domestic crimes against humanity.”

That was exactly the Obama-era approach, and Biden seems bent on repeating that deadly mistake.