WASHINGTON — President-elect Joseph R. Biden Jr. is expected to announce a significant part of his energy and environment team this week.

In the coming days, Mr. Biden intends to name prominent leaders in the climate and clean-energy world to two senior positions: Gina McCarthy, a former head of the Environmental Protection Agency, will be his senior adviser on climate change, and Jennifer Granholm, a former governor of Michigan, will lead the Department of Energy.

Mr. Biden on Tuesday named Pete Buttigieg, the former Democratic presidential candidate and mayor of South Bend., Ind., to be his secretary of the Department of Transportation, a job that is expected to become climate-centric in the next administration as Mr. Biden pushes policies to promote electric vehicles and climate-resilient infrastructure.

Still undecided, though, is the president-elect’s choice to lead the Environmental Protection Agency. That person will be central to Mr. Biden’s campaign pledges to enact an ambitious agenda of fighting climate change and reinstating environmental regulations rolled back by President Trump.

“A new era of climate accountability is upon us," former Vice President Al Gore said in a statement. “The U.S. is back on task.”

Mr. Gore described Ms. McCarthy as “uniquely suited for the job” and said her appointment, along with John Kerry’s role as global climate envoy, “affirms that Joe Biden is serious about America leading by example and driving deep reductions in pollution and climate emissions.”

Ms. McCarthy, who headed the Environmental Protection Agency during the Obama administration, was the architect of landmark rules to cut planet-warming pollution. In her new role, she would be in charge of coordinating domestic climate change policies across the federal government.

All of those policies were opposed by the coal, gas and oil industries and ultimately repealed or weakened by the Trump administration.

Ms. McCarthy’s deputy will be Ali Zaidi, the New York State deputy secretary for energy and environment. Mr. Zaidi served in the Obama administration’s Office of Management and Budget, where he helped to coordinate and implement climate change policies and served as a top adviser on climate change to Mr. Biden’s campaign.

John Podesta, the founder of the Center for American Progress and onetime adviser to former President Obama on climate change, called Ms. McCarthy and Mr. Zaidi a “powerhouse team.”

Some Republicans were less enthusiastic. Senator John Barrasso of Wyoming said in a statement that he was concerned about reviving Obama-era policies that he described as “punishing” to his state as well as other states with economies reliant on fossil fuels.

“Increased innovation — not the appointment of countless unchecked czars — will help protect our environment without punishing our economy,” Mr. Barrasso said.

In her new position, Ms. McCarthy will be empowered to direct agency heads across the federal government to enact climate policies, from emissions rules at the E.P.A. to financial regulations on companies in connection with their bottom-line financial exposure to climate risks.

However, it is not yet clear who will hold her old job of E.P.A. chief — a position that will come with the authority to reinstate and strengthen the very Obama-era climate rules once written by Ms. McCarthy.

Mr. Biden’s first choice to head the E.P.A. was Mary D. Nichols, California’s top climate change regulator. But she came under fire from liberal activists who contended that Ms. Nichols had not done enough in her state to address racial disparities in environmental policy.

That has set off a scramble to find a new candidate to lead the agency. Possibilities now include Richard L. Revesz, a law professor and former dean of the New York University School of Law; Michael S. Regan, who currently serves as head of the North Carolina Department of Environmental Quality; and Eric Garcetti, the mayor of Los Angeles.

One member of the Biden transition staff said that a final E.P.A. choice may not come until after Christmas. 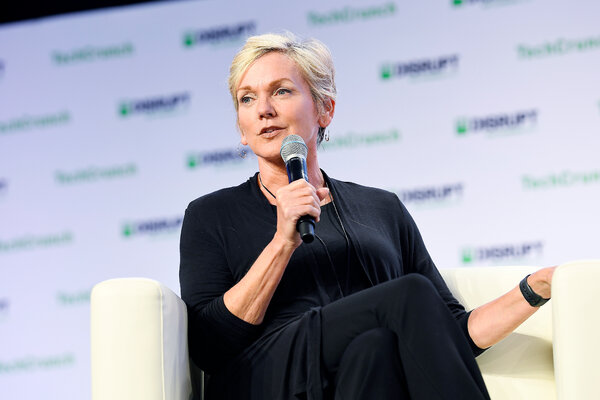 As head of the Energy Department, Ms. Granholm will oversee the United States nuclear weapons complex as well as 17 national laboratories and a wide range of energy research and development initiatives, including a major loan office that backed the launch of Tesla.

Several people close to the transition said advisers had struggled over whether the Energy Department should be led by someone steeped in its core mission, ensuring the safety of the country’s nuclear arsenal, or whether Mr. Biden should select someone with a vision for leading a clean-energy transformation.

Ms. Granholm, a longtime champion of renewable energy development, is widely credited during her two terms as Michigan governor with steering her state through a recession and working with the Obama administration on a 2009 bailout of the automobile industry that included clean energy investments and incentives for carmakers to invest in technologies like battery storage.

After her second term ended, in 2011, she became an advocate for renewable energy development. She has given a TED Talk on how investing in alternative energy resources can bolster state economies, something Mr. Biden has focused on in his coronavirus recovery plan.

Mr. Buttigieg, as Transportation Secretary, is expected to play a key role in setting tougher rules on auto emissions, the leading source of climate-warming pollution in the United States, to encourage electric vehicles and to provide funding for mass transit.

During his presidential campaign, Mr. Buttigieg pledged to restore Obama-era vehicle emissions standards and called for making the United States carbon neutral by 2050.

Climate change is also expected to play a broader role in planning infrastructure like roads, bridges, dams and levees, as the department takes into account new climate science showing how heat and flooding could damage such structures, and building and planning accordingly.

Mr. Buttigieg has frequently traced his awareness of the climate emergency to his experience managing two immense floods of the St. Joseph River when he served as mayor of South Bend, Ind.

Mr. Biden is also said to be nearing a decision on who to appoint as Secretary of Interior, who would oversee the nation’s 500 million acres of public lands, including national parks, oil and gas drilling sites, and endangered-species habitat. The Interior secretary would also be at the head of any effort to strengthen federal protections for vast swaths of land and bodies of water that the Trump administration has opened up to drilling, mining, logging and construction.

The top contender is said to be Representative Deb Haaland, Democrat of New Mexico, an appointment that would resonate with symbolism. If confirmed by the Senate, Ms. Haaland would be the first Native American appointed to a cabinet secretary position.

The Interior Department has for much of the nation’s history governed federal lands and often dislodged and abused Native Americans. Ms. Haaland is a citizen of Laguna Pueblo, one of the country’s 574 federally recognized American Indian tribes.

A growing coalition of progressive Democratic groups, Native American tribal leaders and Hollywood celebrities have spent weeks campaigning for Mr. Biden to select Ms. Haaland. Those efforts have had an effect, according to people within the transition.

However, Mr. Biden is also hesitant to remove a Democrat from the House, which would temporarily diminish Democrats’ already narrow majority in the chamber until a special election could be held in Ms. Haaland’s district.

Other candidates in contention for the Interior post are Michael Connor, a former deputy Interior Secretary in the Obama administration, who is a citizen of the Taos Pueblo tribe, and Senator Tom Udall, Democrat of New Mexico, a longtime friend of Mr. Biden’s who has spent his career pushing for wilderness conservation.