‘The beast might be unleashed on air!’: Bill Turnbull jokes how he’ll be more ‘outspoken’ when he makes his return to breakfast TV with Susanna Reid on Good Morning Britain

Bill Turnbull has warned that ‘the beast might be unleashed’ when he returns to breakfast television – and joked that he will now be more outspoken.

The presenter, 64, will be making his return to live television for the first time since his prostate cancer battle to fill in for Piers Morgan.

He and his former BBC Breakfast co-star Susanna Reid will co-host Good Morning Britain for three days at the end of the month while Morgan takes some time off.

Turnbull revealed that viewers may see a different side to him when he returns, although it might be difficult adjusting to the GMB format. 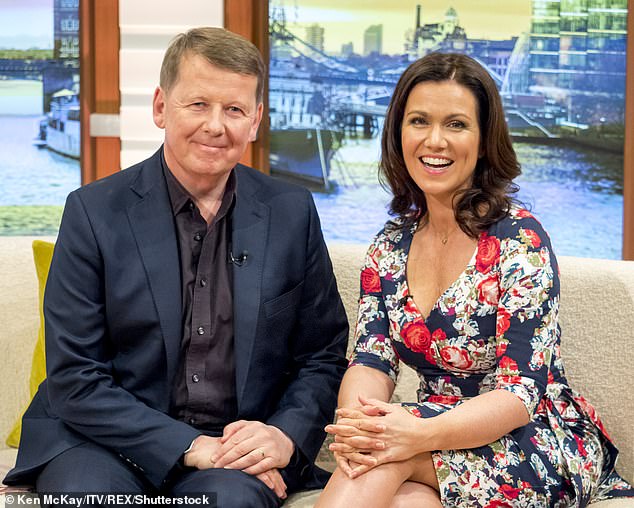 He said it ‘goes against my personal grain’ to be more outspoken on GMB and said: ‘I’m so used to not spouting off on air. I’ve been working on commercial radio, so to a limited degree I’ve had more freedom.

Turnbull also said he is ‘very excited’ to be reunited with former co-host Susanna Reid as he makes a return to present breakfast television.

Susanna first presented BBC Breakfast alongside veteran Bill in 2006 before moving to launch the newly created ITV morning show in 2014.

He said: ‘Susanna’s an old friend. I first worked with her in Washington when I was a correspondent and she was a producer, which must be 25 years ago.

‘It’s great when you work with someone you like on television and it’s effortless.

‘It comes really naturally and you develop a rhythm and a silent understanding of who is going to do what and you recognise each other’s patterns and it’s easy.

‘When you come off air, you feel like you’ve really enjoyed it, that’s when it works well. Sometimes you come off air and your head is ready to explode because you haven’t got on so well with your on-air partner.

‘But I’ve been blessed with most of mine that it’s always been good. I’m thrilled to be working with her again.’ 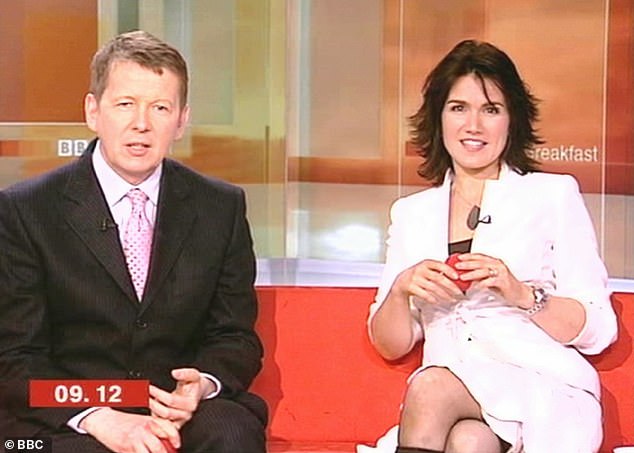 He added in an interview with the Mirror: ‘I’m thrilled to be working with Susanna again and really looking forward to being on Good Morning Britain.

‘We didn’t work together long enough and we got on so well. I was sad when she left at short notice. So for her to ask me to sit alongside her is very exciting.

‘I’m in two minds about the early mornings. On one hand, it’s great to be back doing live television. The other part of me thinks: “What on earth am I doing? Having sworn never to do breakfast television again!”‘

Bill, 64, who quit BBC Breakfast in 2016, has been fighting prostate cancer and now works on Classic FM. This move marks his return to live TV, but only for ‘the short term’.

The journalist also jokingly promised not to be as opinionated as usual host Piers, saying he doesn’t voice his thoughts ‘as much as he likes to’.

Bill and Susanna did briefly reunite in 2016 when visited the ITV studio for a chat before being interrupted by Piers who described him as ‘overrated’. 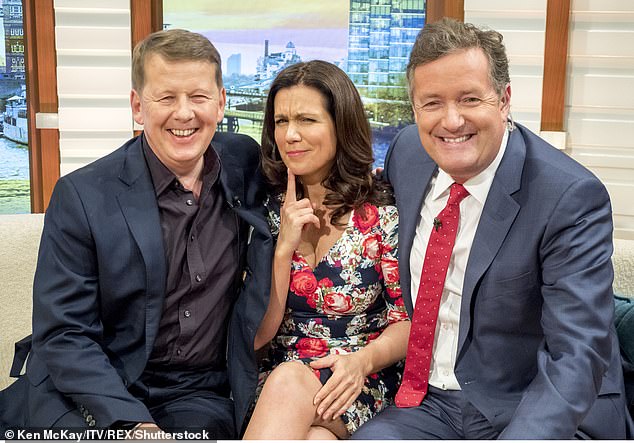 Taking charge: The presenter, 64, will be making his return to live television since his prostate cancer battle to fill in for Piers Morgan

Asked how his BBC colleagues feel about him defecting to ITV, he said: ‘Oh gosh! I don’t know. I hope they will be glad to see I’m still working. They are still very good friends of mine.

‘I’m just back in the game, I suppose. Television Centre is where I started in television more than 30 years ago, and presenting 20 years ago.

‘I never imagined I would be able to do a show from there again. It’s great Good Morning Britain is there. So, in some ways it’s like coming home.’

Classic FM host Turnbull, who presented on BBC Breakfast from 2001 until 2016, was diagnosed with prostate cancer which then spread to other parts of his body, and he detailed his treatment in a Channel 4 documentary called Staying Alive last year.

Discussing how his health is now, he said: ‘OK at the moment. When you have cancer, it’s always there. But currently I feel really good, most of the time.

‘I have changed my diet considerably and in the past few months I have felt healthier than I have in a long time. The only thing I do have is, because I’m on a hormone treatment, I do get hot flushes sometimes.

‘I’m a bit nervous as it could be slightly awkward in the studio. Normally what happens if I get a hot flush, I get all red in the face and I take my jacket off and cool down.

‘I’m not sure I’m going to be able to do that. We may need to get a little fan.’ 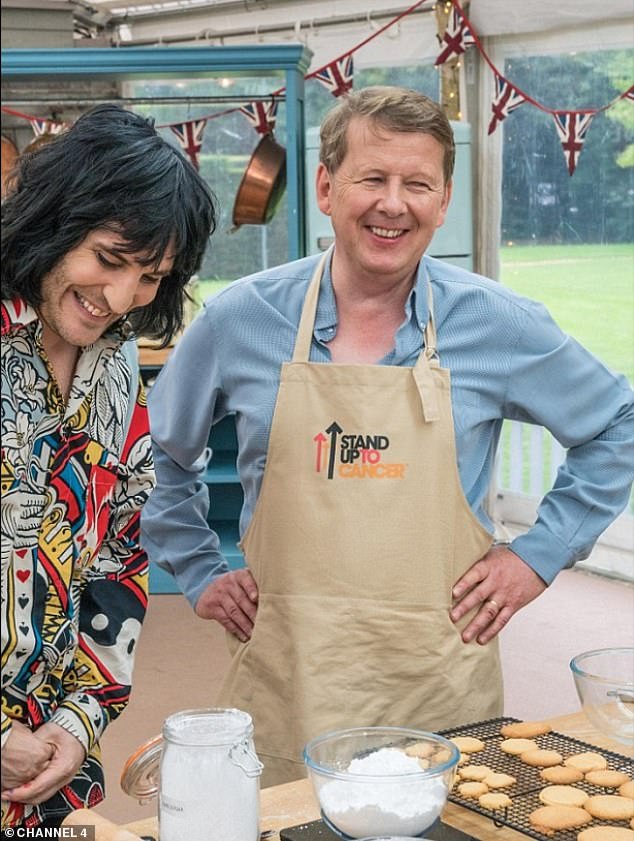 Torment: The father-of-three was diagnosed with the disease while filming this Celebrity Great British Bake-Off: Stand Up to Cancer special in 2017

He added: ‘I think having cancer has changed my attitude to a lot of things, to death as well as life.

‘If your life prospects are shortened considerably that does sharpen the mind. But I feel relaxed about it. I’ve done a lot of thinking and a lot of reading and my attitude to the world and my place in it has matured in the last year or two.’

Though incurable, last year Bill said he felt ‘fantastic’ after finishing a course of chemotherapy.

‘My hair has grown back and I’m letting my hair grow long just to celebrate. I know I looked awful last year.

‘I saw pictures of myself and I was, ‘Oh Lord, that was just ghastly’. I was in the middle of the treatment.’