Bishop of Chelmsford Stephen Cottrell was called in to bless the bog by delighted parishioners, who had waited 850 years for a WC. 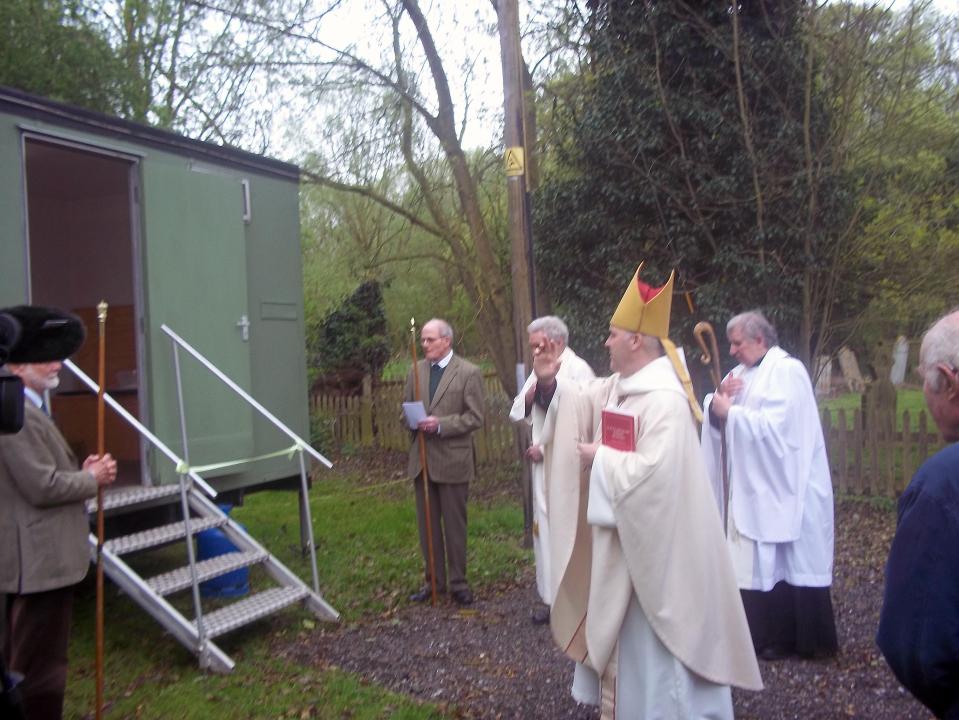 Rev Derek Clark paid for the 13ft facility out of his own pocket because the lack of facilities had started hitting congregation numbers at his remote church.

He now tows it down to Medieval All Saints’ Church, in Ulting, Essex, twice a month with his tractor and says the loo was “inspired by God”.

Delighted Bishop Stephen said: “I have blessed many things in my time. But this is a first for me.”

Granddad and semi-retired farmer Rev Clark said: “I suppose I have been caught myself there and I know what it is like for other people. 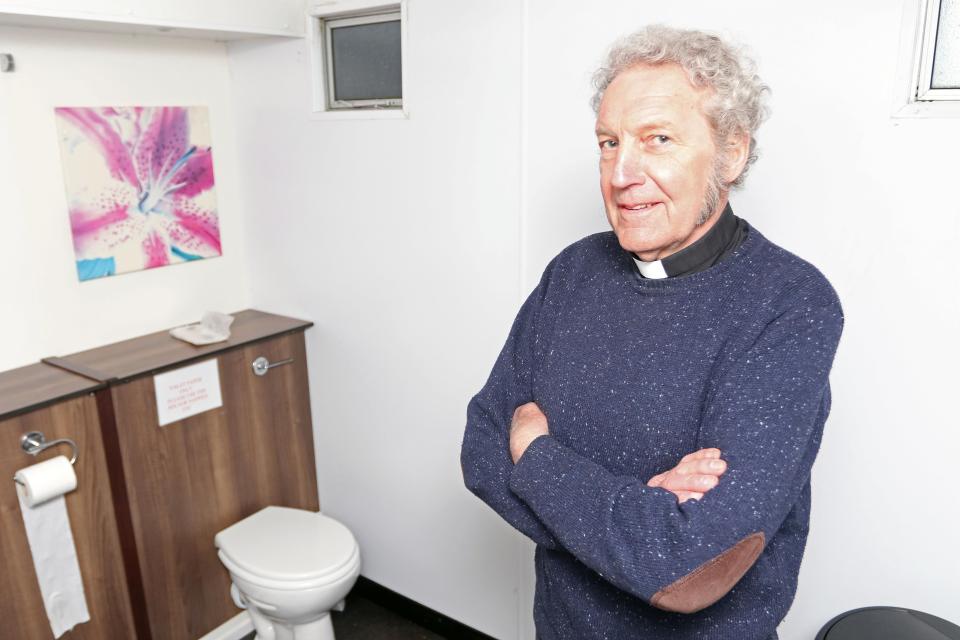 “Being a farmer I have been to many agricultural shows and I’ve seen these toilet blocks and I thought that was what we need and I also put a kitchen in there.”

He added: “It has turned the church around we had six or eight people in the congregation, now we have 20 or sometimes 30.

“I’m so blessed that the holy spirit guided me to do this.

“It is not my idea it has come from a greater power.

“I don’t know how it came into my mind, but it was put there by someone.” 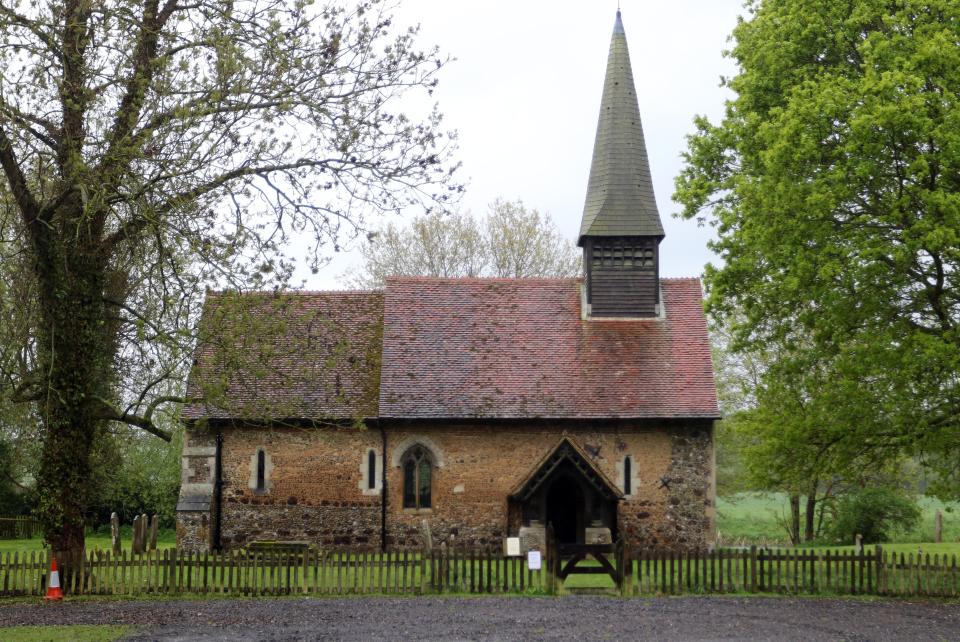 He said: “There are no public toilets in the village, there is no pub, no village hall, there is absolutely nothing.”

The unit has proved popular since it started being used at church services and events last year, but was officially opened with a blessing on Sunday.

Crowds flocked to the cabin, but sadly the Bishop couldn’t have the first official flush as a mum and daughter popped in before the ribbon cutting.

The listed place of worship has lacked a loo since it was built in 1150 with facilities not added in a Victorian restoration.

The tiny hamlet of just 167 people lacks a village hall or even a pub – so this loo is the first public facility it has.