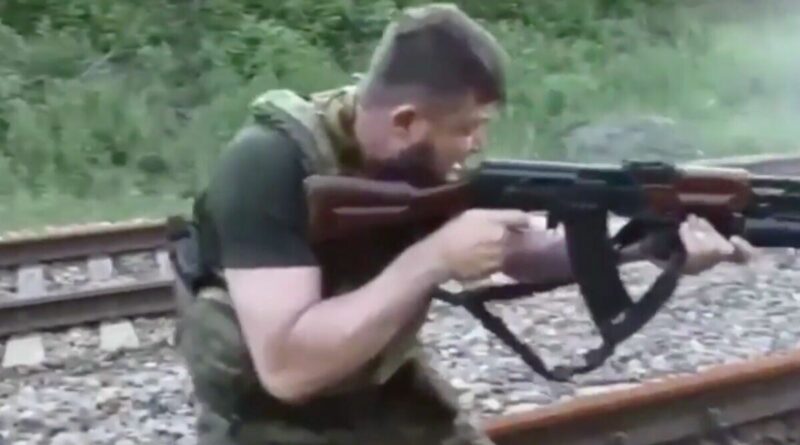 The video of the soldier, who appears to be fighting against a train, emerged just days after Ramzan Kadyrov, president of Russia’s Chechen Republic, said he would be sending more troops to aid Moscow in its war on Ukraine.

Announcing the move in a Telegram post on Sunday, he wrote: “The military contingent will include only Chechen guys.

“They will replenish the composition of the troops of the Ministry of Defense of the Russian Federation.” 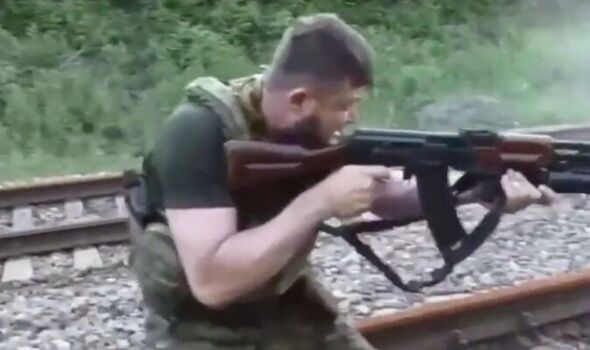 The two fought in the First Chechen War (1994-96) on the side of pro-independence forces. In the Second Chechen War (1999-2000), however, they switched sides and helped the Russian army defeat them.

As a result, Chechnya lost its short-lived independence and became one of the regions of the Russian Federation.

Only two days after the Russian invasion of Ukraine began, Kadyrov claimed his forces were deployed to the battlefield.

Since then, the Chechen leader has posted regular updates and videos of Chechen soldiers allegedly participating in military and humanitarian activities on Ukrainian territory on social media. 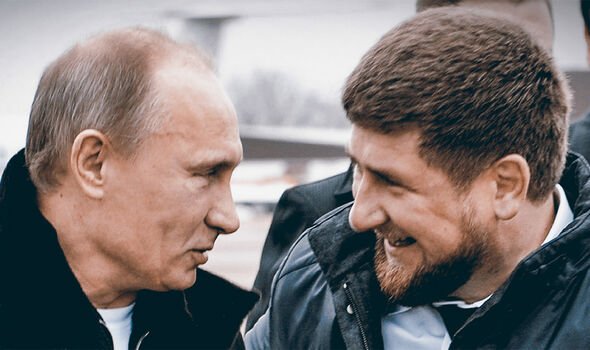 Yet, Chechens’ presence in the war-torn nation has been widely perceived as a PR exercise rather than an effort of real involvement in fighting.

According to Russian journalist and political commentator Konstantin von Eggert, this comes down to a political arrangement between Putin and Kadyrov.

He told Al Jazeera: “The role of Kadyrov since he became president has been to show loyalty to Putin … and to serve as a boogeyman, a constant threat to Putin’s enemies.”

The Chechen fighter’s on-camera warning that Ukraine will cease to exist echoes claims by Putin in which he declared that the country is a Soviet construct, and that, by rejecting Russia, Ukrainians are “attempting to create an ethnically pure state”, as he wrote in an article published on the Kremlin’s website in 2021.

In a televised address to the nation days before launching his full-scale invasion, Putin explicitly denied that Ukraine had ever had “real statehood” and said the country was an integral part of Russia’s “own history, culture, spiritual space”.

His speech, which went on for nearly an hour, took a rethoric he had fed his people with for a long time a step further, and served as a preface for what would happen on February 24.

In the context of the war narrative, Kadyrov is seemingly following in Putin’s footsteps, as he said the decision to send Chechen troops to the frontline stems from a “patriotic mood” in the republic.

He wrote: “The desire to form new battalions with fully equipped personnel is caused by an extremely patriotic mood among the youth of the region.

“The number of people wishing to defend the Motherland is growing exponentially, and our task is to provide them with such an opportunity.”

It is not the first time Chechen forces have been deployed to military conflicts the Russian army has actively participated in.