Home » World News » Bizarre ‘half-bird, half-fish creature’ shocks Chinese fisherman… so what the hell is it?

Images of the creepy catch have gone viral on social media in China with many baffled about what the creature could be. 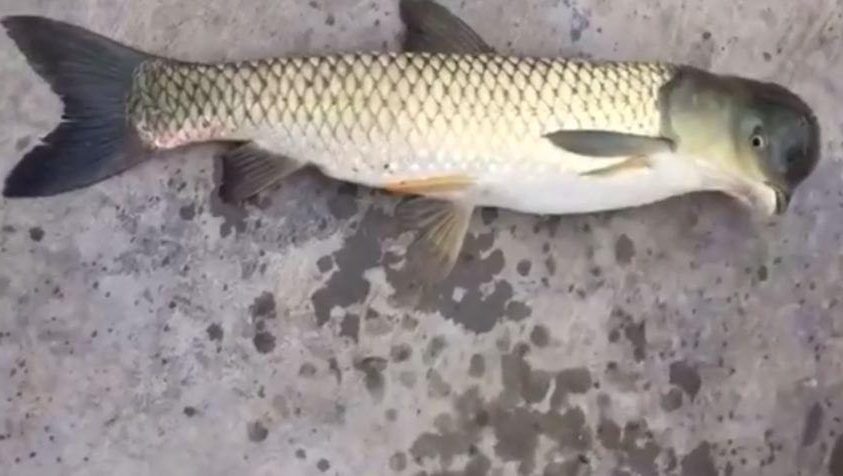 In the clip, taken by a stunned fisherman, the fish appears to be one foot long and gasping for air.

The Guizhou Urban Daily newspaper reports mutant carp fish are increasingly appearing in local rivers in south-west China where this one was caught.

The clip has been going viral on Facebook with many people comparing the head to a pigeon while others see a dolphin.

One social media user pondered: "Is this a cross-breed of carp and dolphin?"

Another said: “It looks like a radioactive fish to me.” 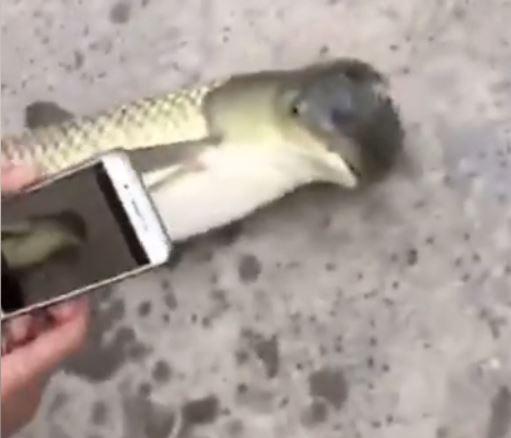 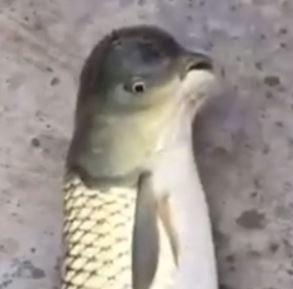 But Yang Xing, an expert from the Guizhou Fisheries Research Institute, told Guizhou Urban Daily: "One possibly is that the embryo was damaged when it was growing.

“Another possibility is that the lack of oxygen in water – due to over-crowded fishing farming – caused the fish’s head to be deformed.”

It comes after a bizarre fish with human teeth was found in  Kimindores, in the West Papua region of Indonesia.

Another alarming catch was found in Russia. This time it had two mouths and odd tail.