Cat burglars? Teenagers are spotted risking their lives clambering up and down rooftops as they put a Hello Kitty blanket on a chimney in bizarre stunt

This is the moment which shows two youths clamber up and down rooftops with the person who captured the video claiming it was ‘scary’ to watch.

The clip was captured on High Street, Alfreton in Derbyshire, at around 6.30pm on Sunday, April 29 by a nearby resident.

The video shows two boys, who were believed to be aged around 15 or 16, climb up Taylor’s pet store in an attempt to hang up a Hello Kitty-themed scarf on the building’s chimney. 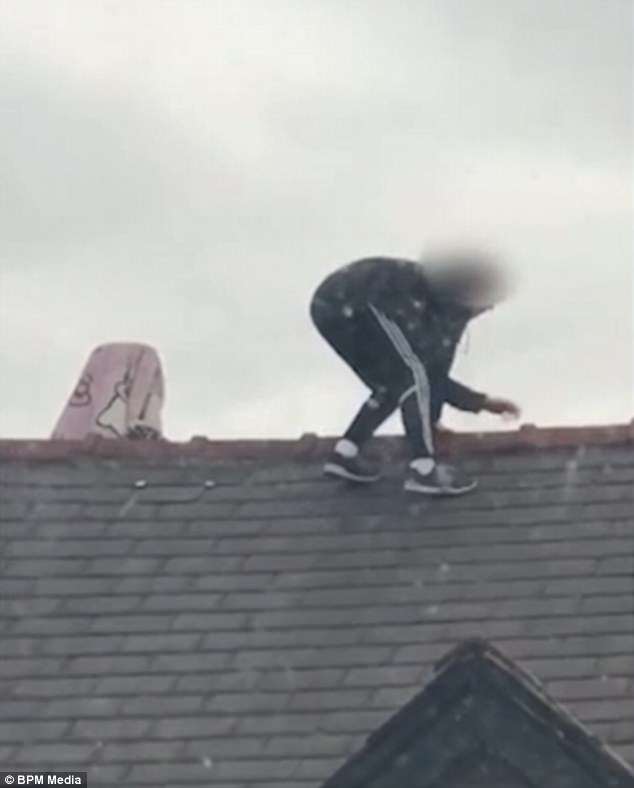 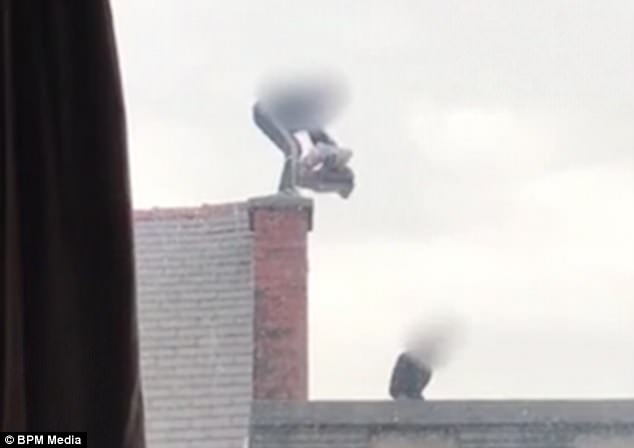 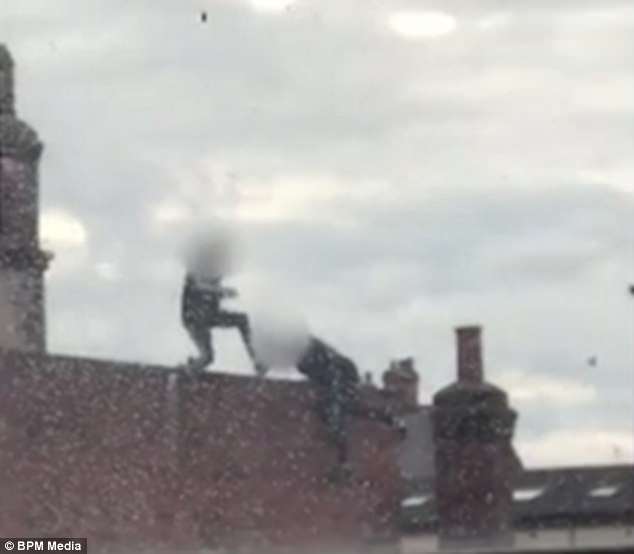 Part of the clip shows one of the boys run up the store’s slanted roof, as well as shimmying along one side of the building to the other.

The scarf gets blown away but it doesn’t stop the boys from recovering it and they are seen to jump across nearby adjacent roofs shortly afterwards.

The 25-year-old neighbour said that she was ‘really concerned’ for the boys’ well-being as they clambered around the roofs for around half-an-hour.

She said: ‘I have no idea why they were up there but it looks like they fancied a bit of parkour at the time.

‘I was scared that they might have just fallen onto the street or it might have been some sort of crime being commited.

‘I have never seen anything like that before. That’s why I decided to record it because I didn’t know why they were doing it.

‘I decided to make a complaint and ring 101. I know the nearby stores have had some problems in the past so I wasn’t sure if it was to do with that. It’s just really concerning to see’. 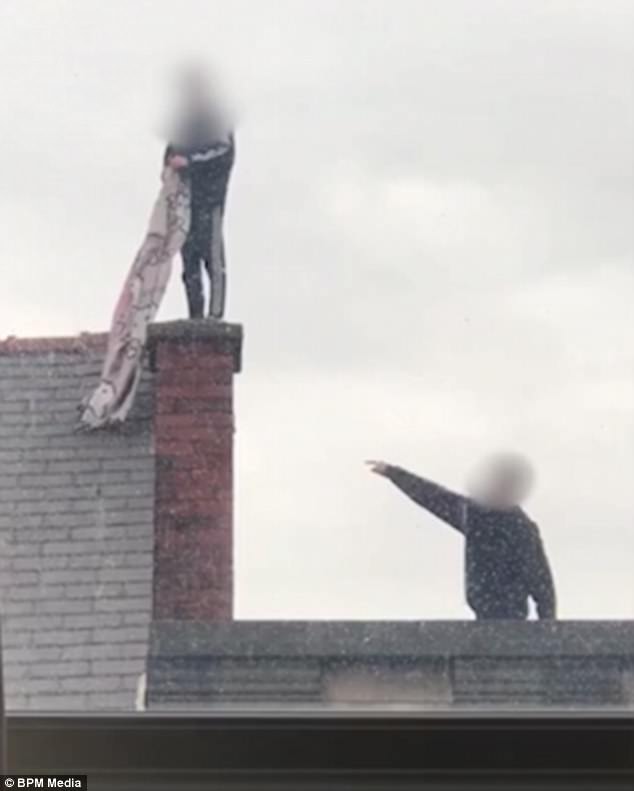 Screenshots of the incident were posted on social media and people came to express their concerns of what they saw.

Rosie Hawkins from Alfreton said: ‘They could kill themselves or someone else’ while Jess Pedley added: ‘Wonder if they were trying to fetch a ball or something? Still if they fall, it’s their own fault. Should know better at that age’.

However, other users argued that the two youths weren’t causing any harm.

Stefen Hart said: ‘It’s called parkour/freerunning. Police don’t do anything other than tell you to get down and you get down in spectacular fashion and they just ask what you was doing and that’s it.

‘It’s a well known sport and something I’m proud to be apart of. Ignorance is bliss’.

Tracy Mace added: ‘It’s a sport called parkour or free running. I’m not a fan but my son trained in a gym before going on the streets. He knows safety. He is active and I’m proud of him’.

A statement from Derbyshire police said: ‘Incidents of this nature are civil matters that are under the jurisdiction of the council they are within and it is the responsibility of the building’s owners to ensure that they are secure.

‘However, those taking risks such as this are not only putting themselves in danger, but also other members of the public as well.

‘If you are concerned about the security of a building then you should make the relevant local authority aware. If, however, there is an ongoing situation that is an emergency then you should contact the police on 999.’