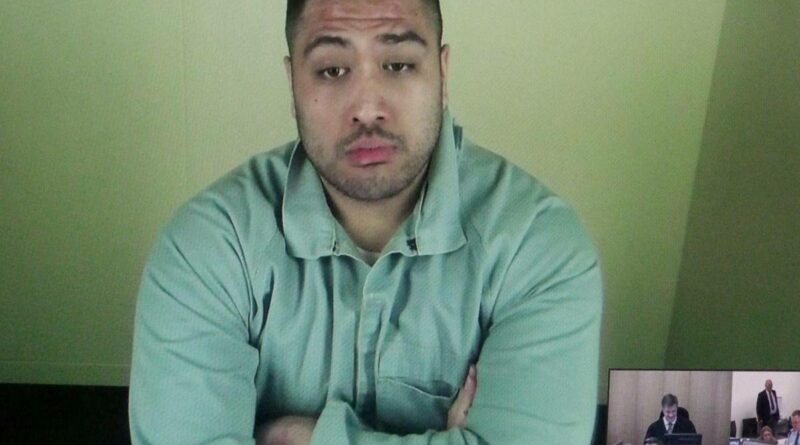 A gang enforcer who extensively beat his cellmate as part of a “conditioning ritual” will be released from prison next month.

By then, 30-year-old Hirini Desmond Te Runa will have completed six years and four months’ imprisonment after racking up his second strike while behind bars.

The Parole Board saw the prisoner at a hearing last month to set a range of conditions — including a ban from consorting with Black Power members — to help his integration into the community.

He was originally jailed in September 2015 for serious violence but his stay in prison was extended after he admitted dishing out two weeks of severe punishment to a prospective Black Power member.

In April 2017, Te Runa and the victim began sharing a cell at the Otago Corrections Facility.

Over a fortnight, he struck the prospect all over his body, paying particular attention to the man’s genitals.

The victim hid his condition by refusing to leave his cell and covered himself with items of clothing when Corrections staff did their rounds.

On May 19, however, he was found with both eyes filled with blood, his face “swollen and unrecognisable”.

The man suffered broken ribs and haematomas, and was urinating blood before being admitted to hospital.

Te Runa was later transferred to Auckland South Corrections Facility where he will see out the tail end of his jail term.

Parole Board panel convener Judge Phil Gittos said the high-security inmate had been unwilling to transfer to other prisons that would enable him to undertake rehabilitative programmes and was therefore all but untreated.

One-on-one psychological counselling had only started in October, the board heard.

Among his release conditions, which would last six months, were: To live at an address approved by Probation; abide by a 10pm-6am curfew for the first three months; attend any programmes as prescribed by Probation; not to possess alcohol or non-prescription drugs; not to associate with Black Power or Mangu Kaha gang members; not to contact victims of offending; disclose to Probation the details of any new intimate relationship; obtain approval from Probation before starting any employment.