FLOCKS of black vultures have invaded an American town spewing acid vomit and causing thousands of dollars of damage.

The birds are wreaking havoc in Marietta, Pennsylvania – tearing up rooftops, rooting through bins, and smothering trees with their droppings. 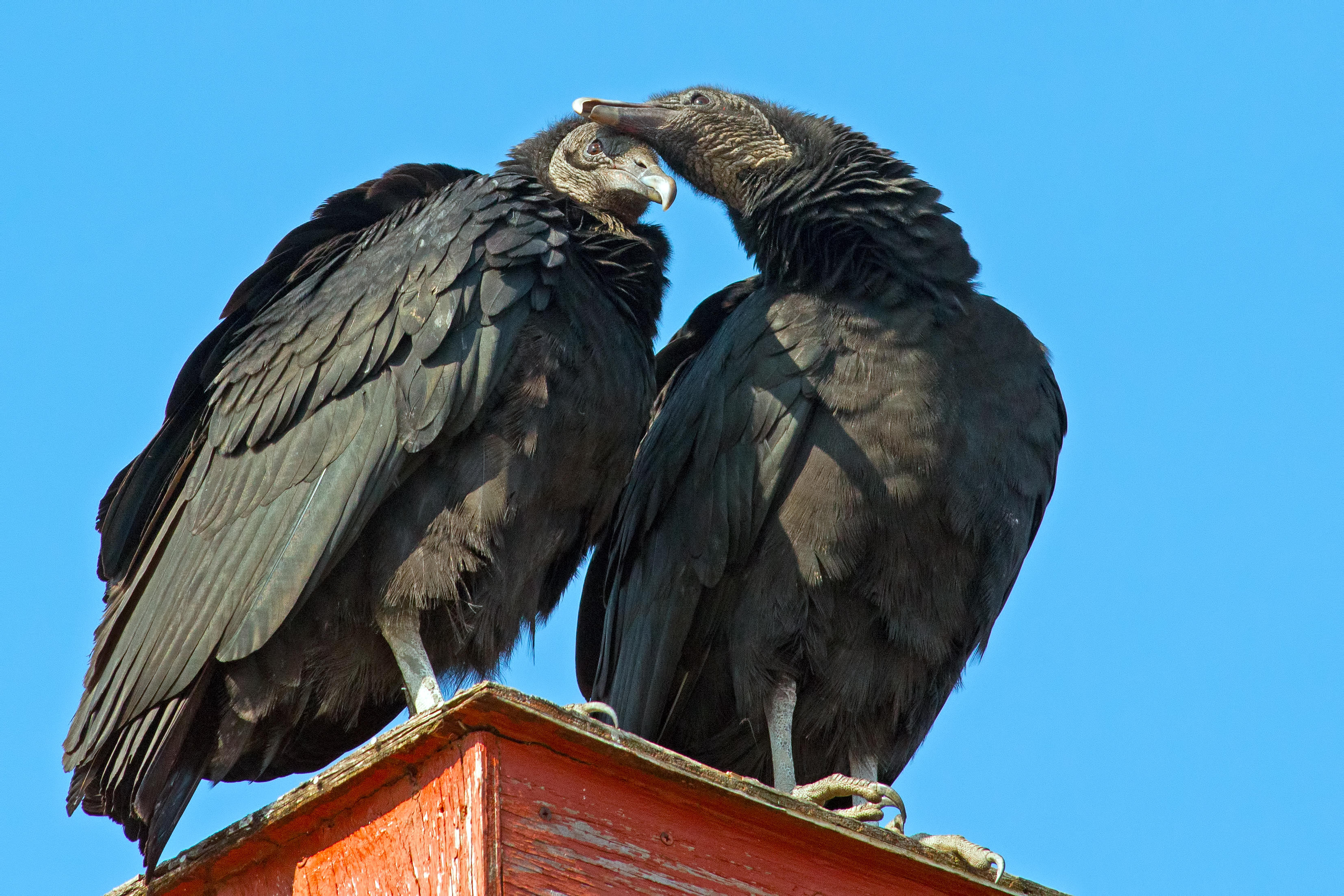 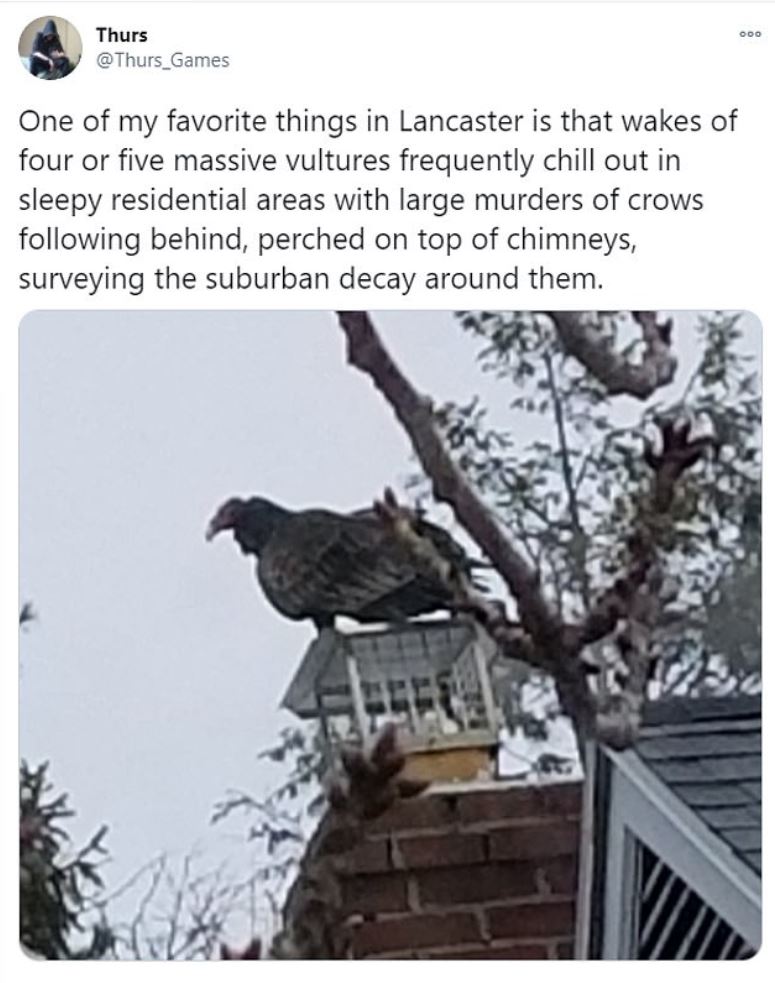 The vultures also spew a toxic noxious corrosive vomit as a defence mechanism – which residents have compared to smelling “like a thousand rotting corpses”.

Frustrated locals have been driven to shouting, banging pots and pans, and even lighting fireworks in an attempt to drive them away.

Other residents have opted to hang taxidermied vultures outside their homes, as the vultures are thought to be scared of their own dead.

Some are reaching the ends of their tether in deterring the birds, as they are federally protected under the Migratory Bird Treaty Act of 1918, and cannot be exterminated without permission.

In the US, it is illegal to trap, kill, or own black vultures without a permit, and law breakers can face a fine of up to $15,000 and up to six months in prison.

The birds have plagued the town for the last decade, but Marietta resident John Enterline told LNP: “This is the worst year. There are many more of them.”

Yet Bill Dalzell, a Marietta councilperson, says it’s time for the borough to consider tougher ways to help residents, including killing the birds.

“I would certainly look into it and consider it. I think the borough has a responsibility,” he told the paper.

It comes after a flock of the vultures were seen spookily circling the New York skyline in April, as the nations Covid-19 death toll continued to climb.

Although they have a poor sense of smell, vultures can sniff out corpses from more than a mile away. 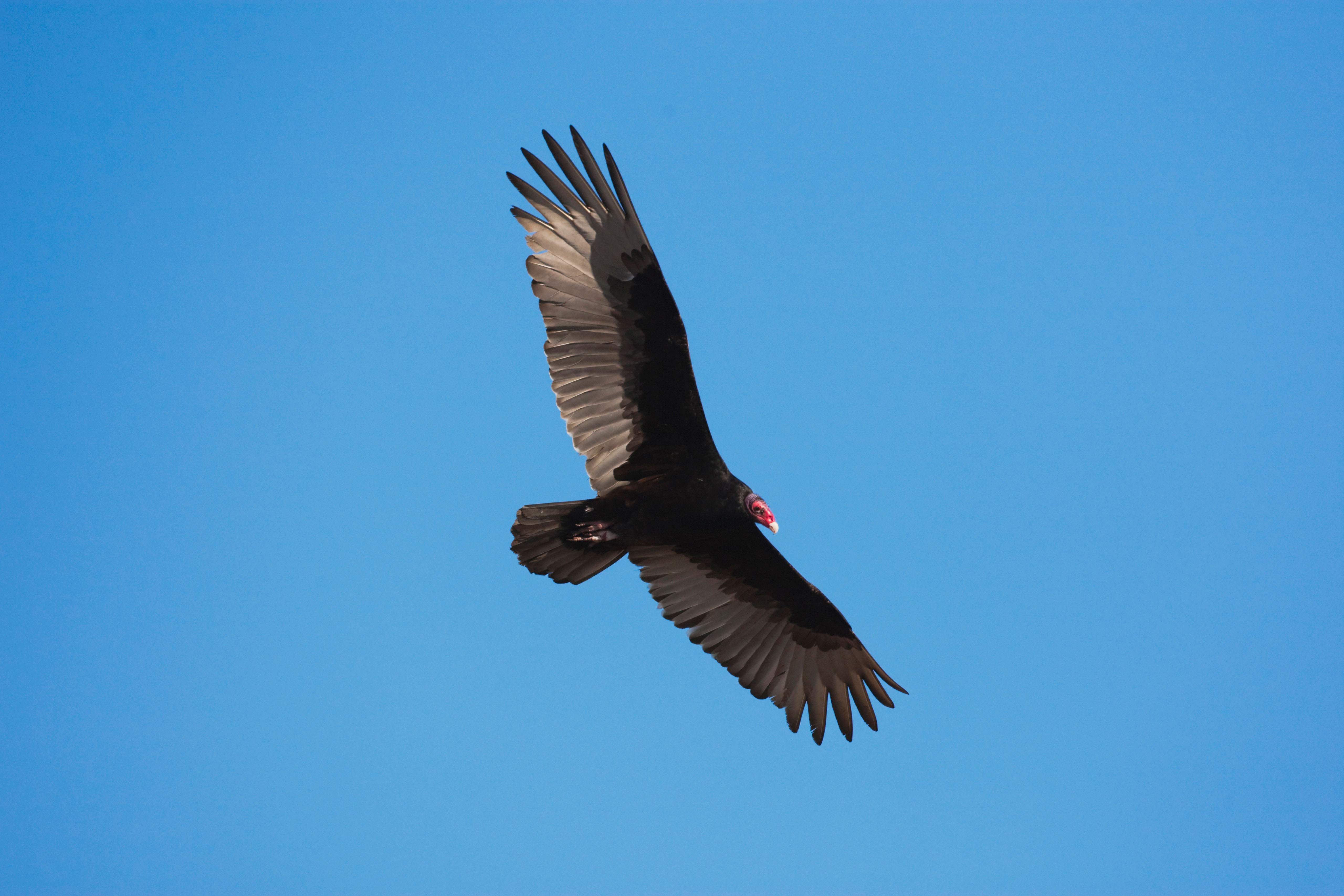 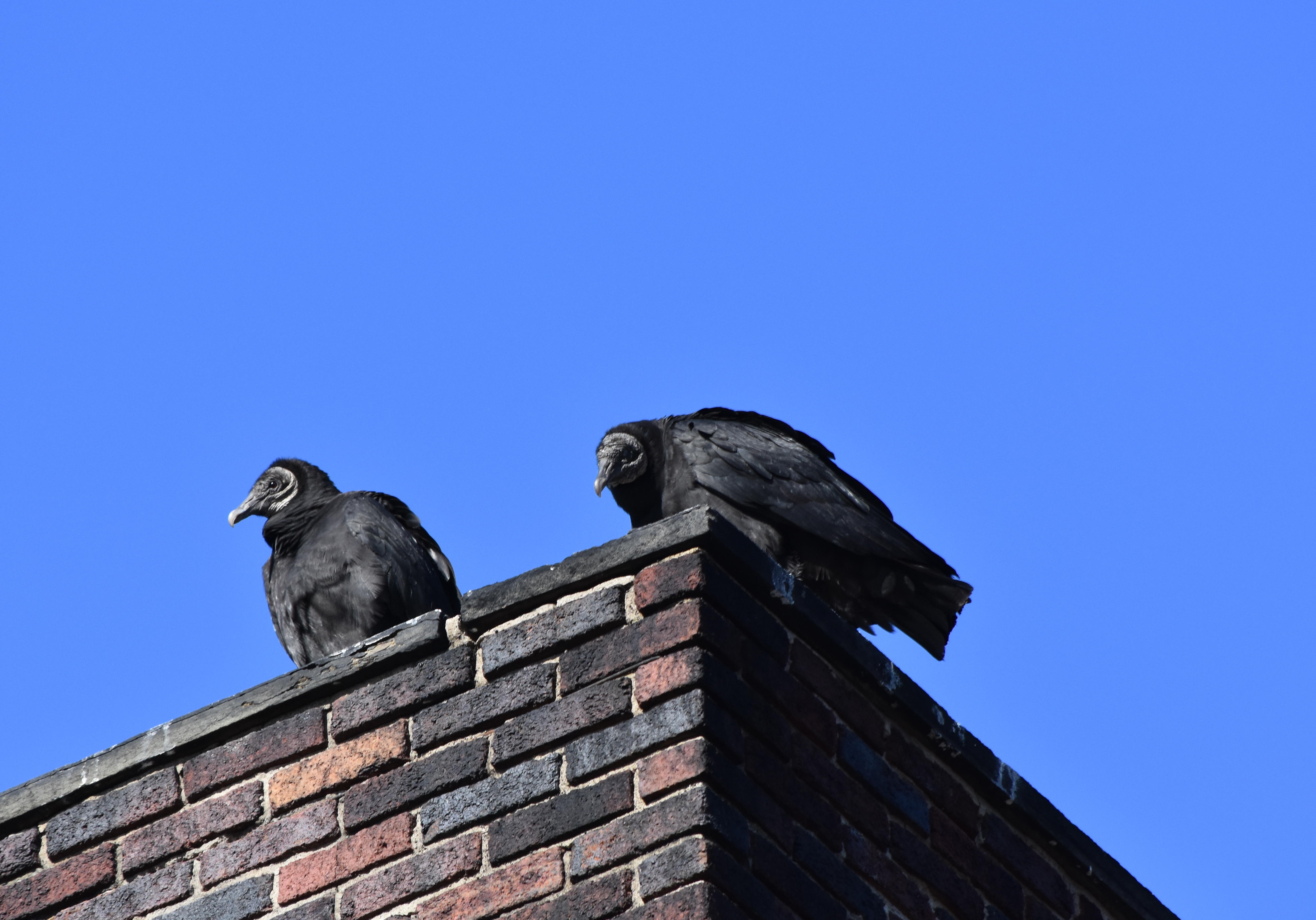 They were photographed over the USNS Comfort, the hospital ship introduced to provide relief for overflowing hospitals.

In the autumn and winter months, the birds roost together for warmth and flock to dark roofs for the heat.

The birds peck at the rubber on the roofs, weatherstripping around windows, windscreen wipers and even porch furniture.

One homeowner claimed he had to pay thousands of dollars to repair the roof damage to his property from the birds, as home insurance does not usually cover damage caused by wildlife.

The villainous vultures intimidate locals perching on eaves and line tree branches, with hundreds spotted on a single street.

Garbage cans are ransacked by the birds looking for food scraps, leaving a trail of destruction and droppings in their wake.

Their excrement can carry diseases such as salmonella and encephalitis and kills trees and plants.

The birds were typically migratory, but climate change has encouraged them to stay in the northeast for longer. 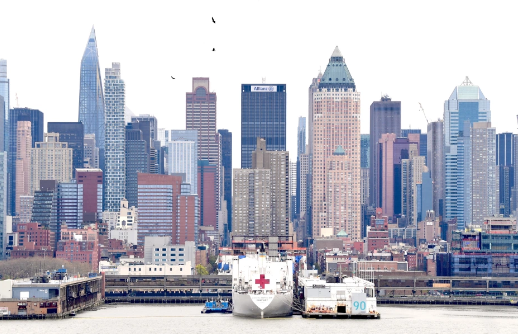 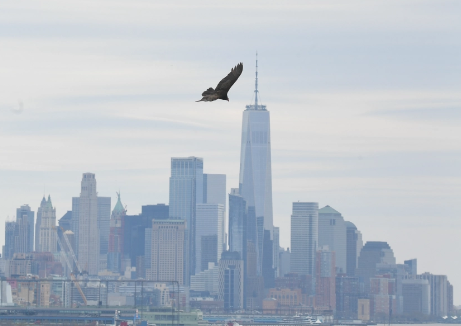