The Maroons will play host nation the United Arab Emirates on Tuesday, their first meeting since the 2017 Gulf crisis. 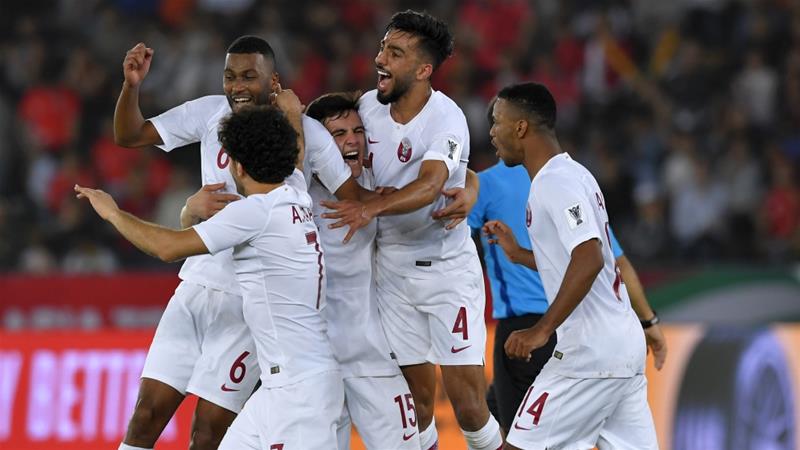 Qatar will face the United Arab Emirates at the semi-finals of the 2019 AFC Asian Cup on Tuesday, the first meeting between the two Gulf nations since the start of a major diplomatic crisis in June 2017.

Qatar reached the semi-finals of the Asian Cup for the first time after knocking out two-time champions South Korea 1-0 on Friday.

Midfielder Abdelaziz Hatim hit the winner for the Maroons in the 78th minute with a stunning left-footed shot from outside the area.

South Korea’s best chance was a minute before the decisive goal when Kim Jin-su hit the post from a free kick.

The loss marked South Korea’s second defeat in 21 Asian Cup matches and their first to Qatar, ranked 40 places below them in FIFA’s official rankings.

Japan and Iran have already made it through and will meet in the other semi-final on Monday.

“We achieved something that is history for us,” Qatar coach Felix Sanchez said.

“It was difficult for us to keep the ball in the first 25 minutes but we were very organised and did not concede many clear chances.

“We played a great game, these players made a huge effort. I congratulate them, I think they did something very, very good for the country.”

The Gulf crisis has overshadowed the tournament with a land, sea and air blockade preventing Qatari fans from attending games and supporting the national side.

Die-hard fans have been forced to watch games on TV with Emirati authorities also denying Qatar’s media delegation entry to cover the matches.

Saudi Arabia, the UAE, Bahrain and Egypt cut all political, diplomatic and economic ties with Qatar in June 2017, accusing Doha of seeking closer ties with Iran and “supporting terrorism”.

Qatar has vehemently denied the charges with Sheikh Tamim bin Hamad Al Thani, the emir, saying he is ready for talks with his neighbours but is not willing to give up his country’s sovereignty.