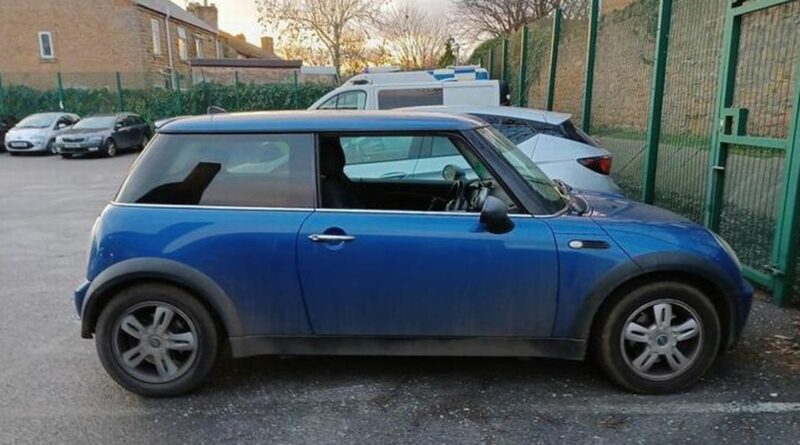 A motorist who has been driving without a licence or insurance since 1950 has been stopped by police.

When pulled over by flashing blue lights, the driver remarkably admitted that in the 72 years he had been on the road for, he had never secured the legal documentation required.

The unnamed man said he first got behind the wheel aged 12 and until now evaded any accidents or investigation, NottinghamshireLive reports.

Nottinghamshire Police's City North Operation Reacher team, an operation run to proactively tackle crime and speak with communities, pulled over a blue Mini next to Tesco Extra in the Bulwell area of Nottingham.

The driver told officers he was born in 1938, and had never previously needed to show a driving licence or proof of insurance.

He added that said he had never had an accident, caused any injury, and no-one lost out financially as he had never hit anyone while uninsured.

But his seven decades of driving unnoticed and unchecked by the authorities came to a sudden end when her was captured by an ANPR (automatic number plate recognition) camera.

Police subsequently pulled him over.

Nottinghamshire Police say even on small trips, motorists are likely to hit a camera, and urge people to make sure their documents are in order or else it will catch up with them.

Meanwhile, an elderly hoarder who filled his house and garden with junk has been found dead inside his home.

Police checked on the man following concerns from a neighbour who said they had not seen him for nearly a month.

And a police officer has been fired by the force for 'deliberately' misleading standards officials who were investigating a complaint she had made about a colleague.

Special Sergeant Heather Spayne, 24, complained about a colleague sending her an explicit video over Snapchat but failed to mention they were in a relationship.