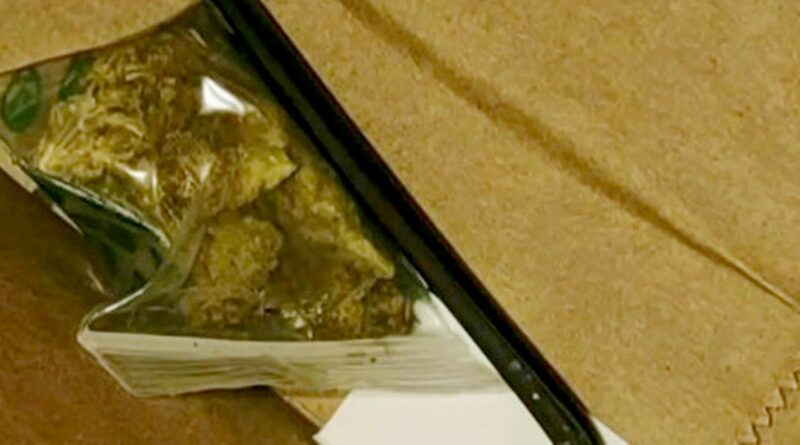 A bloke was shocked to find that his takeaway had come with a side of cannabis last week.

The man from Columbus, Ohio, US – who wished to remain nameless – ordered food through DoorDash and found both a fork and a bag of weed at the bottom of the bag.

Unlike some US states, although medical cannabis is legal in Ohio smoking it for recreational purposes is not.

“I was scared at first, but then again, I wasn’t very surprised,” the man told local news station WSYX.

He explained that the driver soon returned to his house asking for the drugs back, claiming that it was actually medical cannabis for a friend.

The driver even offered to refund the order if he handed it back over but the customer refused, instead calling the police and filing a complaint with DoorDash.

He said: "I’m a healthcare worker and see how this affects people daily. I even had a close friend’s nephew pass away due to smoking some marijuana laced with fentanyl." He is also hesitant about ordering a food delivery in the future, fearing that his meals could end up in the wrong hands.

He added: “I question everything now. I question the company’s background checks. Do they really know the people who are working for them?”

DoorDash's website states that all of their drivers are put through motor vehicle and criminal background checks.

The company told the customer in an email: "We do not condone this type of action and have therefore taken the step in removing them [the driver] from our platform. "This Dasher will no longer be able to deliver future orders on DoorDash."

Police in Columbus said it was the first time they had heard of drugs being left in takeaway food bags.

They also confirmed that they were investigating the incident.