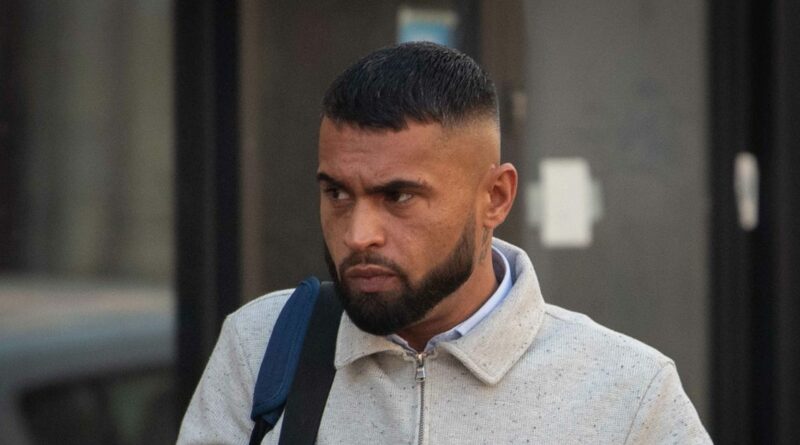 A row over what to have for dinner led to a man’s penis being repeatedly “yanked” by his partner – leaving the victim with an “embarrassing” scar.

After the assault the victim had to go to hospital and to have the torn skin glued, but the procedure has left him with noticeable scarring.

Culprit Luke Lal later sent a series of abusive messages to his ex-boyfriend on a gay dating app, including one threatening to reveal the victim's sexuality to his parents.

Michael Shaw, prosecuting at Birmingham Crown Court, said the defendant and the victim had been in a relationship for some duration and that there had been difficulties.

An argument arose at the victim's home which resulted in Lal repeatedly punching him to the head before grabbing hold of his penis, causing a small laceration.

The man later went to hospital, reports Birmingham Live, where the injury was treated. A family court issued a non molestation order banning Lal from having contact with the victim.

However, the defendant later sent texts to him on an unregistered mobile phone and also abusive messages after setting up a fake account on dating app Grindr.

In a statement the victim said what had happened had affected his mental health, family life and relationships.

He said he had received counselling and that the scar reminded him of the trauma. He suffered from flashbacks and anxiety and depression and it had left him "fuelled by anger."

In passing sentence Judge Paul Farrer QC said that it had been a strained relationship and that "the fault lay on both sides".

He went on: "You and the victim argued and you attacked him and punched him to the head repeatedly.

"You had your hands around his throat. You also grabbed his penis and pulled it forcibly about five times so it caused a one centimetre wound which was later glued and has left a scar that the victim has found embarrassing.

"You sent a relatively large number of messages over a period of about four months. They were abusive and you threatened to reveal his sexuality to his parents, a threat that would have caused him severe distress."

He added that the injury had been to a "highly sensitive part of your victim's body." But he said he had taken into account that it happened over two years ago.

Simon Cadwaladr, defending, said: "This is set against a background of a relationship between two men that started with high hopes but quickly deteriorated."

He said it had resulted in criminal proceedings being taken against both men.

Mr Cadwaladr said the assault occurred after an argument over something as trivial as to what to have for dinner.

"Each of them were behaving in an extremely unfortunate manner towards each other in the emotional breakdown of their relationship."

Lal, 31, of Alcester Road, Moseley, who had previously admitted assault and harassment, was sentenced to 12 months suspended for 18 months and ordered to do 150 hours unpaid work.