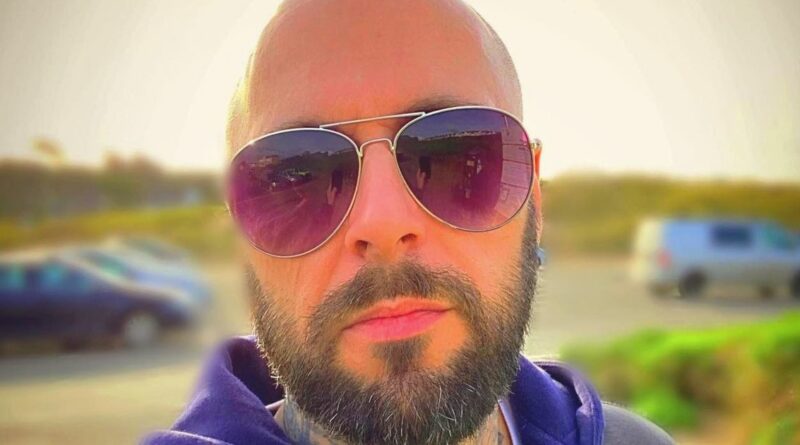 A bloke has told how he slept with the light on after seeing a "nurse ghost" standing outside his home.

Rob Williams, from Cornwall, said he was getting ready to tuck himself into bed on November 13 when he received a notification on his phone that something had set off his motion-sensor doorbell camera.

The forklift truck driver captured terrifying footage of the ghoul standing outside his home – before the figure mysteriously vanished.

Rob said he re-watched the video clips in amazement and claimed the strange figure was translucent rather than solid.

The 39-year-old said the experience had left him convinced it was a ghost – and so scared he even slept with the light on that night.

He said: "My outside cameras are motion-activated so obviously they only start recording when something is physically there or sets it off as well as the outside lights.

"I was getting ready for bed and I had a notification pop up so I checked it out on live stream to see what I thought was someone standing at the bottom of the stairs."

Rob added: "At first I thought it might have been somebody drunk just standing there but it wasn't a solid figure.

"I watched it for about 20 seconds and then [the lights] went off and there was nothing there. It proper freaked me out. I couldn't really work out what it was.

"I didn't know what it was but it had the characteristics of a person – you can clearly see a head with a hat and the shape of a body but it was slightly transparent."

Rob was met with some scepticism when he posted about the "ghost" sighting online. Some commenters claimed the figure was created by the light and didn't really exist.

Other viewers have also convinced themselves the images show a supernatural figure. One lady even contacted Rob and said she was a "medium" that had communicated with the spirit in question.

Rob went on: "I had a message pop through [after posting the video online] – I don't know the lady but apparently she's a medium. She said she's always been gifted in that sort of aspect.

"She said the lady that came to visit me is called Helen and she's got this whole back story that she was a nurse that used to work in the big hospital which used to be probably 30 seconds across from my building."