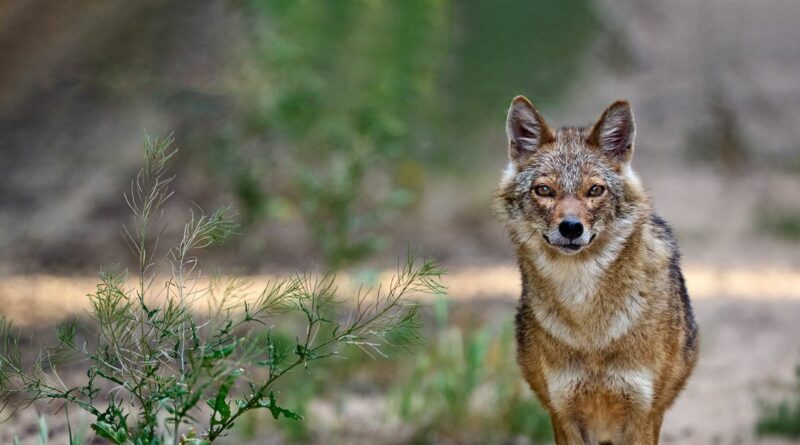 Experts have warned that jackals are set for a large expansion in the UK.

The cunning hunter is taking advantage of good conditions that make it easy for it to spread across the continent, such as a declining population of wolves and climate change.

Ecologist and golden jackal expert from the University of California Santa Cruz, Nathan Ranc, said: "It is one of the largest range expansions for a mammal that we have ever witnessed anywhere in the world."

"It’s a continent-wide trend. This week, for instance, we had the first report that golden jackals are reproducing in Germany. Jackals are turning up in new places."

"We think there’s a correlation,’’ he said. "This is what happens when the population of a dominant carnivore goes into decline. We think the persecution of wolves was a trigger."

"We know that jackals don’t like deep snow," he said. "Climate change may be giving them an added boost. Jackals are moving of their own accord.’"

So what are jackals?

Jackals are wolf-like creatures around the size of a large dog. They are members of the canine family so are closely related to coyotes, wolves, dogs and foxes.

Live Science described the unusual creature: "They look like a cross between a German shepherd and a fox. They have the fox's small face, delicate legs and fluffy tail, with the German shepherd's long, alert ears."

The three species of jackal include:

Why are jackals considered dangerous?

Don't be fooled by the dog-like appearance of the jackal, they can be ruthless killers.

They are quite happy to tuck into anything like chicken, turkey, lamb, sheep, goats, deer, pheasants and even tackle creatures five times their body weight like a young buffalo.

They tend not to target humans but do carry parasites and diseases that can be harmful to us if we are bitten.

"They will pick over kills made by large carnivores and even frequent rubbish dumps in pursuit of food."

Where can jackals be found in the UK?

Jackals are not native to the UK, but can expand through human transportation of them.

If they did become inhabitants on our shores, it is possible that conditions would be good for them to spread.

They are traditionally found in areas of Southern Asia, the Middle East and also areas of the Balkans, but have more recently moved north towards the rest of Europe.

A recent sighting spotted them near Tuscany in Italy, but they have also been seen in France, Poland, Switzerland, Austria, Germany and as far north as Norway.

Some are not convinced that the persecution of wolves is a factor in the expansion of jackals.

"The timing doesn’t seem to be quite right, given that wolves are resurgent in many parts of Europe," said Dr Linnell, from the Norwegian Institute for Nature Research.