WASHINGTON (Reuters) – Media billionaire Michael Bloomberg would allow the United States to keep exporting crude oil overseas if he is elected president, his campaign says, unlike his top Democratic rivals who have pledged to ban oil exports immediately to fight climate change. 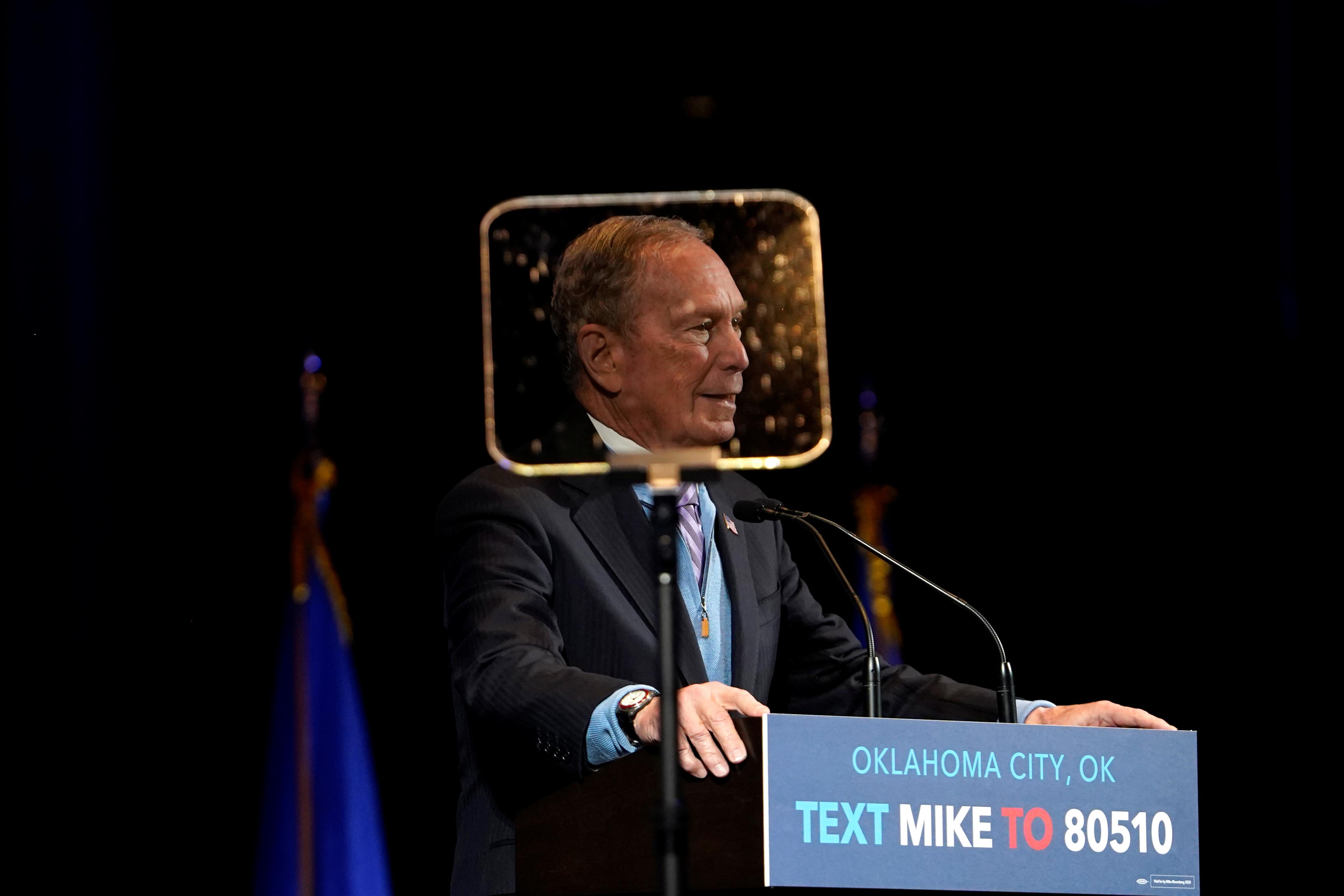 The stance could help the former New York City mayor gain votes in states like Texas, New Mexico and Louisiana that have benefited from booming U.S. oil exports since the Obama administration lifted a 40-year ban in 2015.

But it risks upsetting the Democratic party’s progressive wing, which is pushing for sweeping measures to quickly reduce greenhouse gas emissions.

Texas, one of the biggest U.S. states, is among the 14 voting in the March 3 Super Tuesday Democratic primary process. Its ports handle the lion’s share of America’s roughly 3 million barrels of daily exports, valued at around $65 billion in 2019.

Bloomberg’s campaign told Reuters that while he has an aggressive overall policy here to fight climate change, he believes re-imposing the export ban would hurt the economy without providing climate benefits, since lost U.S. shipments would be replaced by oil from producers like Saudi Arabia and Russia.

“Mike will not reinstate the ban,” Bloomberg spokeswoman Daphne Wang told Reuters in an email.

“After President Obama lifted the ban, for the first time in decades, the world became less dependent on Middle East and Russian oil and gas. Mike would be reluctant to take actions that could upset that balance.”

Bloomberg’s position makes him an outlier among Democratic presidential hopefuls.

Progressive candidates like Senators Bernie Sanders and Elizabeth Warren, and billionaire Tom Steyer have vowed to re-instate the ban if elected as part of broader plans to transition the U.S. economy away from fossil fuels.

Other candidates like former Vice President Joe Biden, Senator Amy Klobuchar, and former South Bend, Indiana, Mayor Pete Buttigieg have yet to speak publicly on the issue and their campaigns declined repeated requests for comment.

The ban was initially imposed in the 1970s when the United States produced much less crude oil than it consumed. Since then, the country has become a top global oil producer thanks to a technology-led drilling boom that began more than a decade ago, a trend Republican President Donald Trump has embraced.

Trump has repeatedly downplayed the threat of global warming and voiced doubt about the science that shows climate change is driven by human use of fossil fuels.

Environmental groups like Greenpeace and Oil Change International have been lobbying Democratic hopefuls hard in support of reinstating the crude oil export ban, saying this could cut emissions by as much as 73 to 165 million metric tons of CO2-equivalent each year – the equivalent to closing between 19 and 42 coal-fired power plants.

“Reinstating the ban would also send a strong signal to energy investors that the fossil fuel era is drawing to a close,” Oil Change International said in a policy briefing with reporters last month.

But some analysts are not convinced the move would have an impact. They suggest that a more effective approach would be policies targeting reductions in fossil fuel demand, like a carbon tax or renewable energy mandates.

“You are just shifting where the production is coming from and transferring revenue, jobs and security to a foreign country,” said Amy Meyers Jaffe, a fellow at the Council of Foreign Relations.