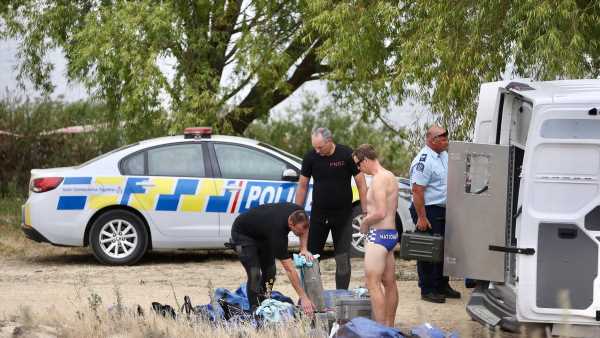 A body has been recovered from a ute that became submerged in Lake Dunstan after missing the approach to a bridge near Cromwell.

A Fire and Emergency New Zealand (Fenz) spokesman said it responded to reports that a vehicle was submerged in the lake at 5.15pm yesterday.

A police spokesperson said it was the vehicle’s sole-occupant.

“No further details will be provided until an official identification process has been completed.

“The body has been recovered from the vehicle and enquiries in relation to the death on behalf of the coroner are underway.”

The Police National Dive Squad was on site this morning and police at the scene confirmed the body was a man.

There was no damage to the bridge, and the vehicle appeared to have missed the approach to the bridge and gone into the water, he said.

Fenz stopped at 6.30pm and left the scene in the hands of police, the spokesman said.

A police spokeswoman said they were responding to an incident on State Highway 8B on the Cromwell side of the bridge.

“The ute was completely submerged in water and plans are being made to recover the vehicles,” police said.

“It is unclear at this stage who or how many people were in the ute, however police are following lines of inquiry into this.”

In an update at 7am today, the spokesperson said the Police National Dive Squad has been notified and would arrive later in the morning to commence a search.