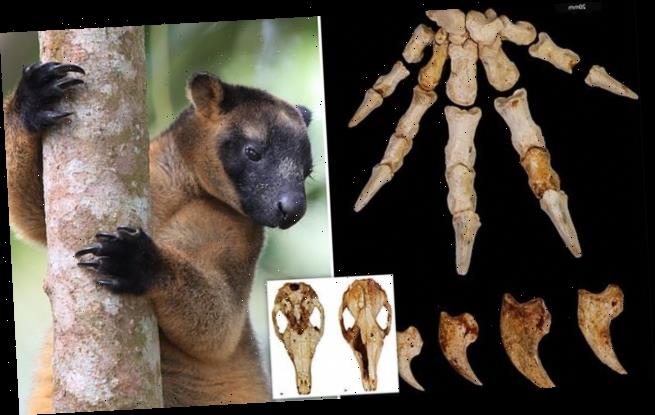 Australian researchers have examined the bones of two huge ancient kangaroos and found they belong to a previously unknown species that spent half its life in trees.

The discovery of the ‘Congruus kitcheneri’ is down to the efforts of academics Dr Natalie Warburton and Professor Gavin Prideaux – as well as cavers Paul Devine and Eve Taylor, who found the bones in the Thylacoleo caves on the Nullarbor Plain.

The extraordinary find has forced a re-think of the Nullarbor, the vast prehistoric limestone plateau between Western Australia and South Australia, which was previously believed to have been treeless for millions of years.

‘We think it was still pretty well wooded about a quarter of a million years ago,’ Professor Prideaux told Daily Mail Australia. 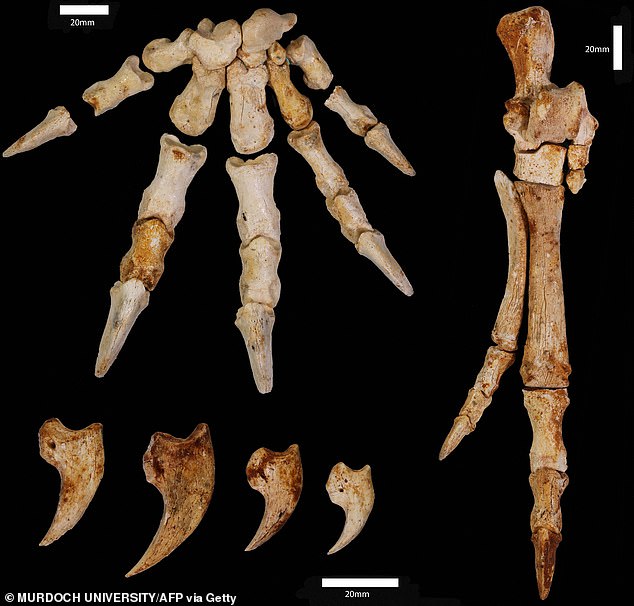 Photos of the hands and feet of ‘Congruus kitcheneri’, the newly identified ancient-tree climbing kangaroo – which has also been dubbed ‘Climberoo’ 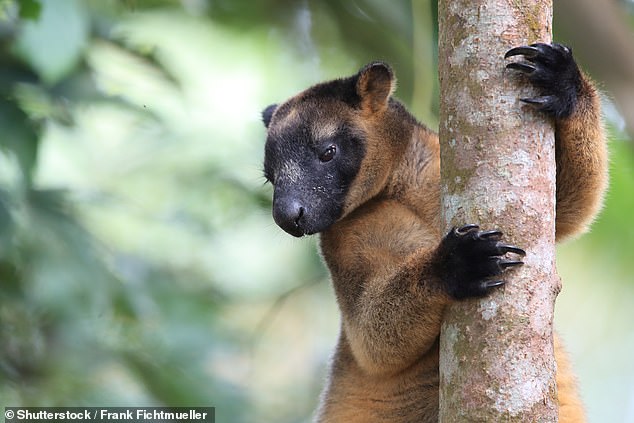 Tree-climbing kangaroos already exist (pictured), but they grow to a maximum 14kg. The newly-named Congruus kitcheneri could have grown as big as 60kg

His colleague Dr Warburton said: ‘The specimens we analysed – including several cranial and two near complete skeletons – suggests this kangaroo species would climb and move slowly through trees to browse on plant material not available to animals that are stuck on the ground.’

The animal would have weighed up to 60kg, the researchers said.

‘Think about them as a macropod equivalent of a large baboon.’

He said it would have looked different from an Eastern Grey roo, being ‘more robust and stocky’.

Dr Warburton added the animal would have had unusually long fingers and toes with long, curved-claws, in comparison to other kangaroos and wallabies.

It also had ‘powerful arm muscles to raise and hold themselves up in trees, and a longer, more mobile neck than other kangaroos that would be useful for reaching out the head in different directions for browsing on leaves’, he said. 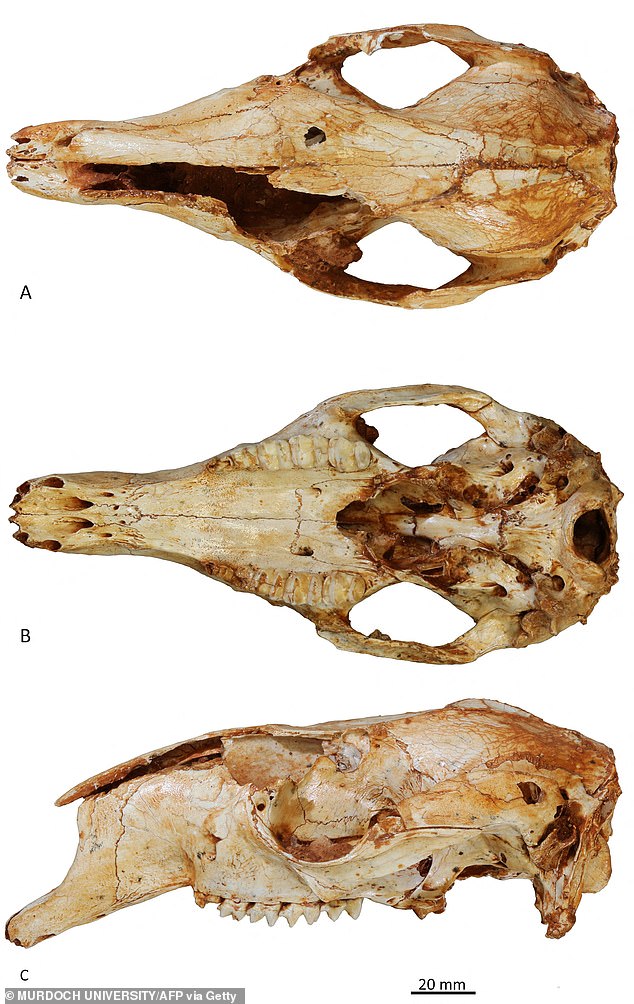 Images of fossilized skull bones of the newly named ‘Congruus kitcheneri’, discovered by researchers from Murdoch and Flinders universities

‘This provides a completely new interpretation of the biology of the species.’

The species is believed to have gone extinct about 40,000 years ago.

Dr Warburton said the new findings are significant for what they say about the Nullarbor.

‘These specimens come from an area that is now bare of trees, and so tells us that the habitat and environment in the area were really different to what they are now, and perhaps different to what we might have previously interpreted for that time,’ he said.

‘This is unexpected and exciting and it provides us with new information as we try to understand the changing environments of Australia through time.’