High and dry! Panic for football fans as Moscow faces running out of BEER during the World Cup

England fans who braved the trip to Moscow for the World Cup could be left to go it sober after bars and restaurants warned they are running out of alcohol.

Parts of the nation’s capital are turning dry as football fans have guzzled pint after pint of beer as well as spirits like vodka and whiskey.

Moscow has been transformed by the World Cup, with singing, chanting and beer-swilling fans overwhelming some of the packed bars and restaurants around the Kremlin and Red Square.

But Russians were not prepared, and now face long waits to be restocked.

Gogol was taking three deliveries on Tuesday to replenish supplies, he said, as workers busily unpacked boxes of beer, vodka and whiskey from a nearby van. 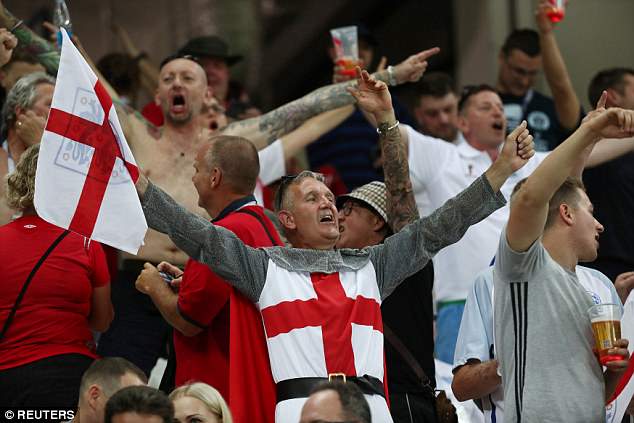 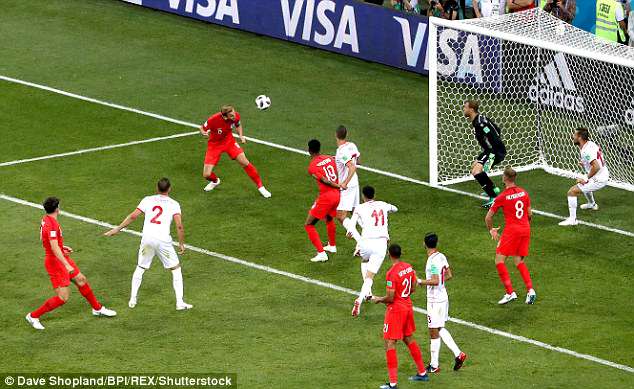 Fans were jubilant after England’s 1-0 win over Tunisia on Monday evening. They will next play Panama on Sunday

‘The sun makes them thirsty,’ he said of his customers. ‘In Russian we say ‘to the bottom!’ I like that these guys are embracing our culture.’

Meanwhile, the England stars who are reportedly steering clear of alcohol are not bothered by the booze shortage as they were spotted playing with giant unicorns in their hotel. 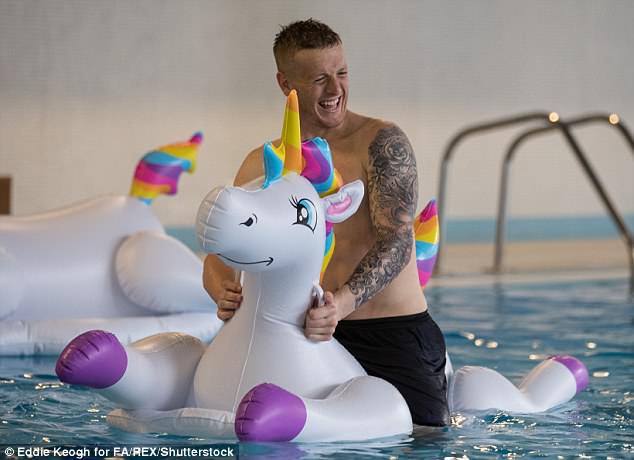 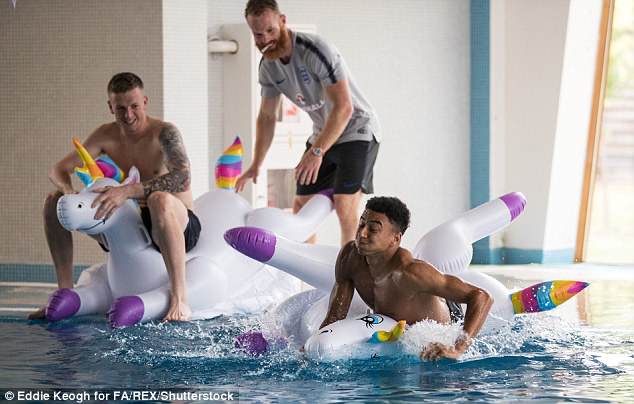 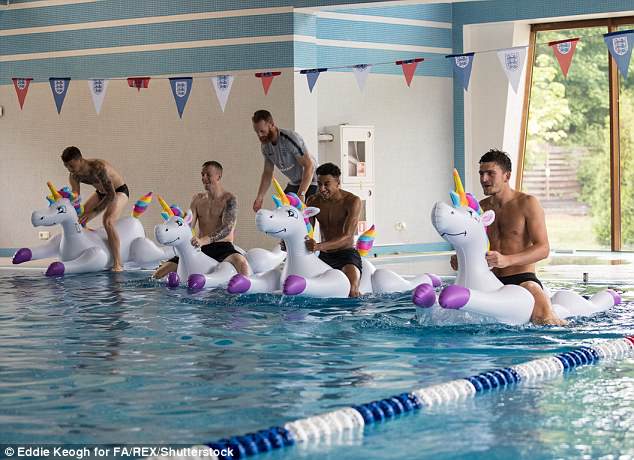 Kieran Trippier, Jordan Pickford, Jesse Lingard and Harry Maguire play with inflatable unicorns in the pool during a recovery session at the ForRestMix Hotel

High from victory against Tunisia on Monday evening, members of the squad were pictured jumping into inflatables between training.

Their glamorous wives and girlfriends have been stealing the show, and the nation’s attention as they fill the spousal seats in the stadiums.

The players will face off with Panama in Nizhny Novgorod, more than 400km from Moscow on Sunday. 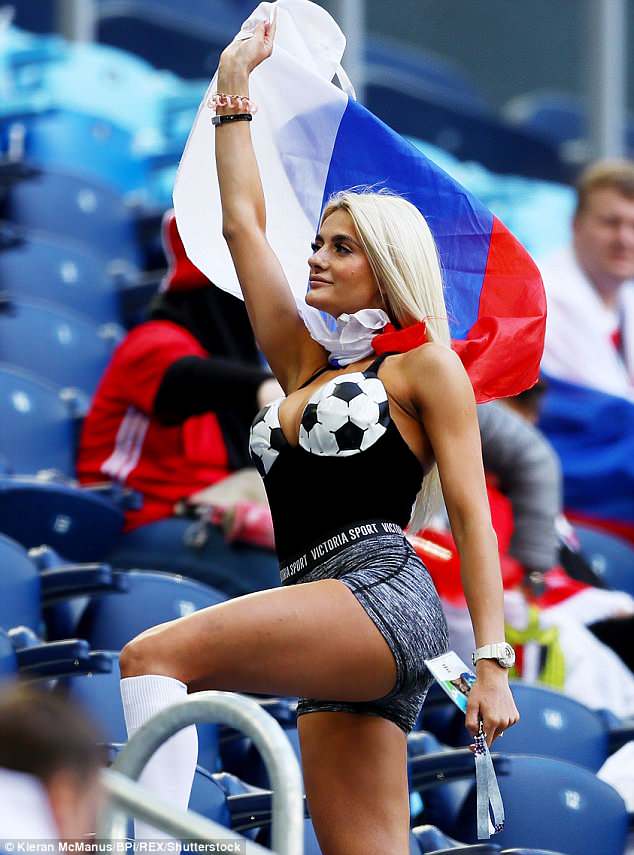 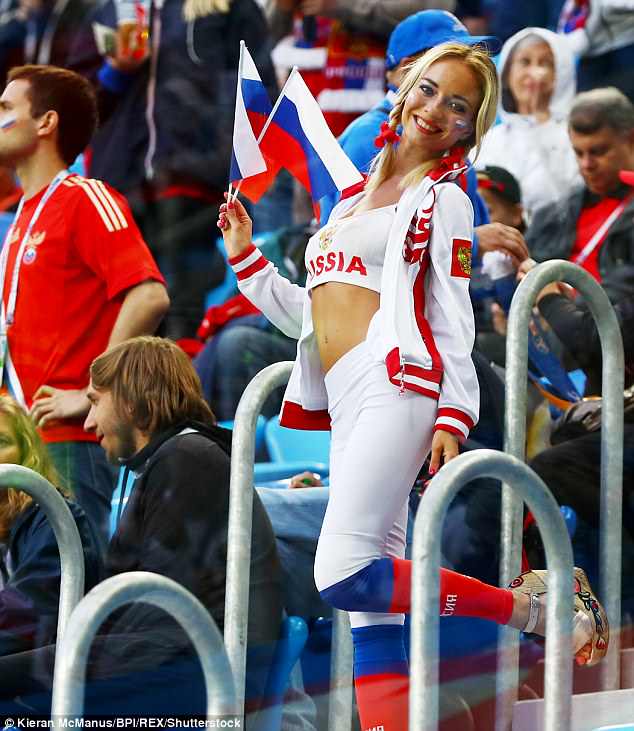 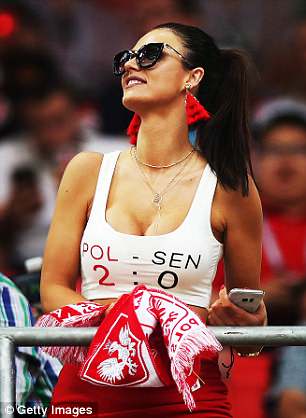 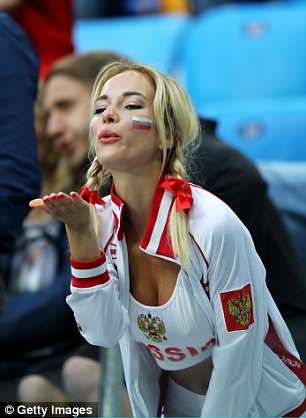 The break may give the pubs a chance to refuel with beer.

‘We just didn’t think they would only want beer,’ said one waiter at a upscale restaurant in central Moscow.

The waiter said his restaurant ran out of draft lager on Monday and deliveries are taking longer than usual, at least 24 hours, because suppliers’ stocks are also running low. 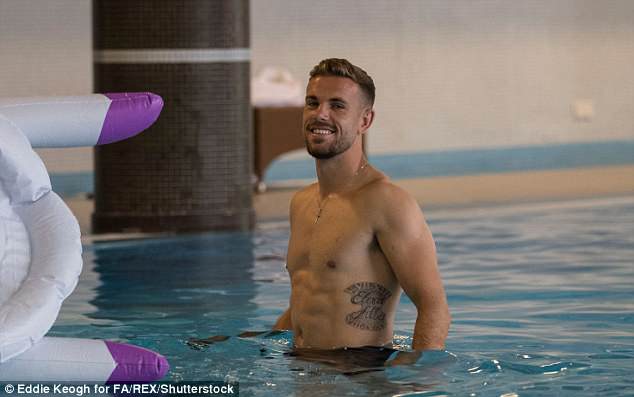 ‘There are really a lot of people in Moscow … and they are all drinking,’ he said. ‘It’s hot, and it’s football.’

Beer sales in Russia have fallen by around a third over the past as duties have risen and rules been tightened on sales and advertising. Brewers had not been expecting a major reversal of the trend this year.

Baltika, the Russian unit of Carlsberg, said although there was an increased risk of supply disruption during the World Cup, its business had not been affected.

Heineken said sales were so far going well and it did not yet see any challenges supplying its beer. 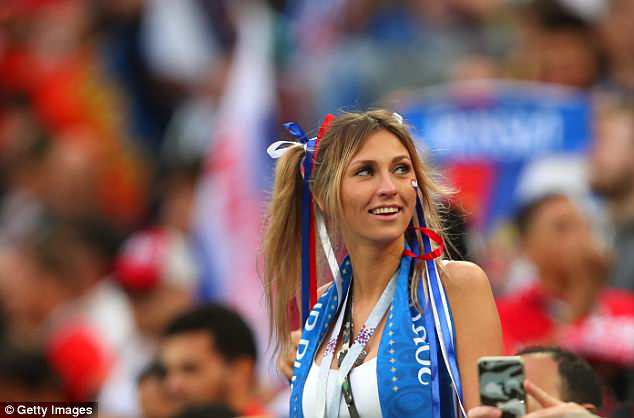 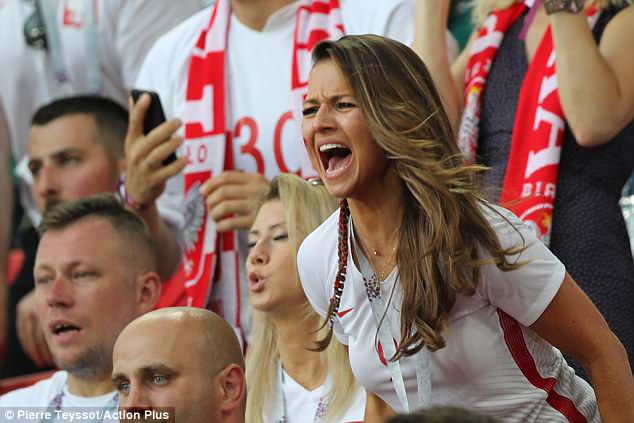 Anheuser-Busch InBev, the world’s biggest brewer and an official FIFA sponsor for the World Cup, did not immediately respond to requests for comment.

Ivan, a Croatian in Russia to see his team take on Argentina on Thursday, said he had yet to encounter any shortages.

‘There is beer everywhere,’ he said, swigging from a can of Russian Zhiguli lager whilst sitting on a bench near the Bolshoi Theatre. ‘Some places yes, some places no. You just have to know where to find it!’