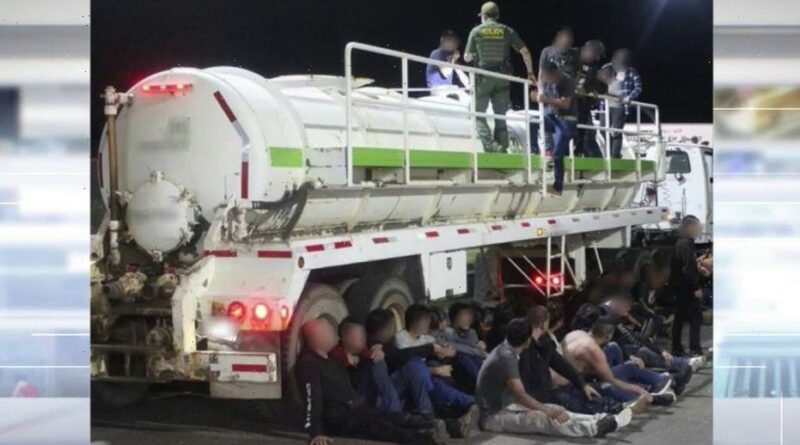 Migrants caught being smuggled inside oil tanker at southern border

Border Patrol agents in Arizona and Texas rescued dozens of migrants over the weekend, helping those who had become lost in the sweltering desert without water or trapped inside stifling hot rail cars, officials said.

“Simply lost” in the Arizona desert

Agents in Arizona’s Yuma Sector received a total of 10 calls for help and rescued a total of 25 subjects, many of whom were simply lost in the Sonoran Desert, U.S. Customs and Border Protection said in a news release.

The agents first got a call Friday evening from C5, Mexico’s version of 911, about a call they had received about three people who needed help in the desert. 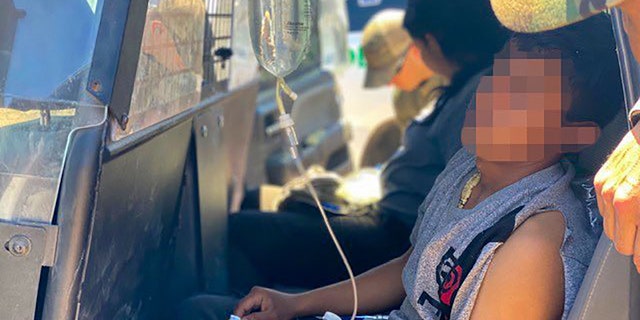 Many migrants located in the Sonoran Desert were treated for severe dehydration, officials said.
(U.S. Customs and Border Protection)

On Saturday and Sunday, other migrants from Mexico and Guatemala similarly called 911 for help after getting lost in the desert.

The rescued individuals included two Mexican men, ages 24 and 35, who were found in good health, and a 37-year-old Guatemalan woman and a 29-year-old man from Mexico, who were both airlifted out of the desert and transported to a hospital.

Officials said five migrants have still not been located.

A “disturbingly” recurring scene in Texas

Meanwhile in Texas, border agents in the Laredo Sector continued to rescue undocumented migrants who tried to enter deeper into the U.S. by traveling inside grain hopper rail cars, officials said.

Agents noticed a tampered lock on one such rail car during an inspection in Hebbronville on Saturday and found 25 individuals trapped at the bottom of the grain hopper with no way to escape.

Officials described the temperature at the time as sweltering, and a picture showed that many of the individuals appeared sweating and shirtless inside the car.

All 25 people were determined to be in the U.S. illegally from El Salvador, officials said.

CBP emphasized that this method of traveling deeper into the U.S. is “dangerous” and “cruel,” often resulting in serious injury or death.

In this case, officials said the individuals were rescued before any suffered heat-related injuries.