Home » World News » Bored dad, 50, going to Ukraine to fight because he’s ‘not doing much with life’ 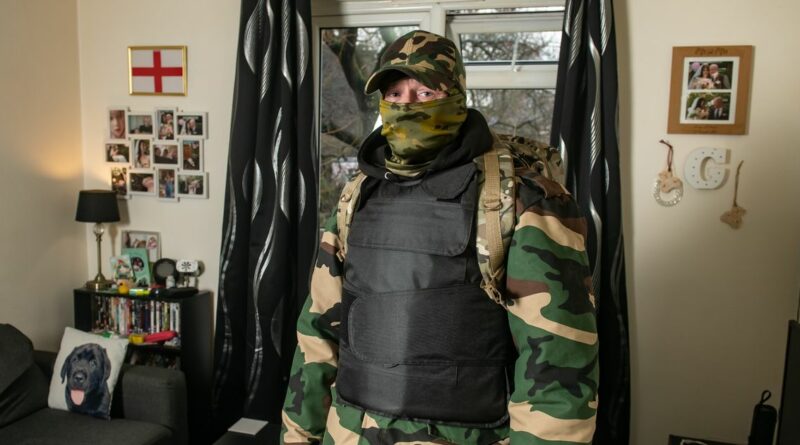 A bored dad is packing his bags to go off and fight in the Ukraine war because he's 'not doing much' at the moment.

Ex-squaddie Harvey Hunt, 50, has booked a flight from Bristol to Rzeszów in Poland today in an attempt link up with other volunteer fighters.

Speaking to WalesOnline, he revealed he has been told to head to the Ukrainian border via the pan-European E40 motorway and introduce himself as a former serviceman.

Harvey, who says he served in the Royal Artillery as a gunner, will then find his way to a petrol station in the Ukrainian town of Novoiavorivsk, which is on the road to Lviv.

There, he has been told he will find a regular shuttle of buses or cars that would pick him up there and take him into battle.

Ex-lorry driver Harvey, from Minehead, Somerset, said: "I've got military training, I'm not doing much with my life – I want to help.

"I'm sitting watching the news, and I'm thinking 'I can get off my a** and help them'. I can hold a gun and shoot it.

"I think [the situation] is disgusting. I think Russia should b***** off and leave all the kids and women."

He's even got the support of his wife Georgia Hunt, 29, who said she backs his plans as he is doing it for the right reasons – but she is still worried.

The charity shop volunteer said: "It's scary but I understand why he wants to go, and every part of me supports him in that.

On Tuesday night, Ukrainian President Volodymyrr Zelensky said any fighters who turned up to join Ukraine's 'foreign legion' would be offered citizenship in the country once the war is over.

British generals and senior ministers have urged Britons not to travel to Ukraine to fight, as their presence there could be interpreted as a sign of the UK's involvement in the conflict.

Serving members of the armed forces are strictly prohibited from taking part.