EXCLUSIVE: Bankrupt Boris Becker hands the keys to his £9million Majorcan luxury villa back to British bank as part of his insolvency case in the UK

Boris Becker has ‘handed back the keys’ to a £9million luxury villa and estate in Majorca as part of his bankruptcy proceedings, it has been reported.

British private bank Arbuthnot Latham, accepted ownership of the property as settlement of debts, according to the German-language ‘Mallorca Magazin’.

News of the sale came just days after it was revealed that Becker was selling a £1.8m seven-bedroom house overlooking the Rhine Valley in Germany – with his mother still inside as a lifelong tenant.

Becker, 52, who is dating political risk analyst Lilian Monteiro, went bankrupt in 2017 with debts of £11m, despite earning around £120m in prizes and sponsorship in a career which netted him 49 singles titles, six of them Grand Slams. 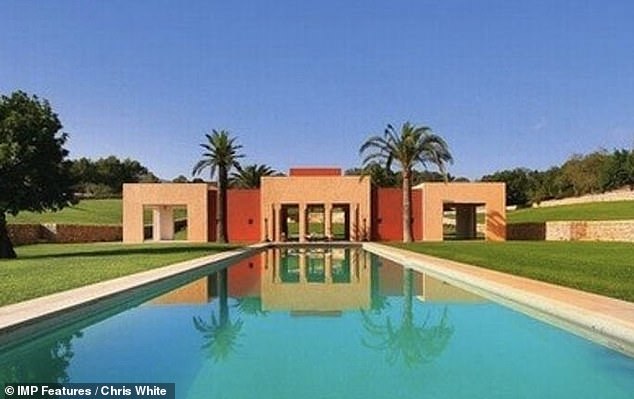 According to Majorca Magazin, the British bank are registered in official records as having taken over the property a year ago.

The once-stunning 12-room Majorcan mansion and estate, Son Coll, once valued at around £9m, but now believed to be worth about half that, went on the market last year.

Despite boasting stables, a huge outdoor swimming pool, four guest houses, a helipad and, naturally, a tennis court, which had the Wimbledon net from Becker’s first 1985 finals win, no buyer was found.

In recent years the abandoned property on the holiday island’s western side has endured a chequered history, including being taken over by a band of German squatters in 2018. 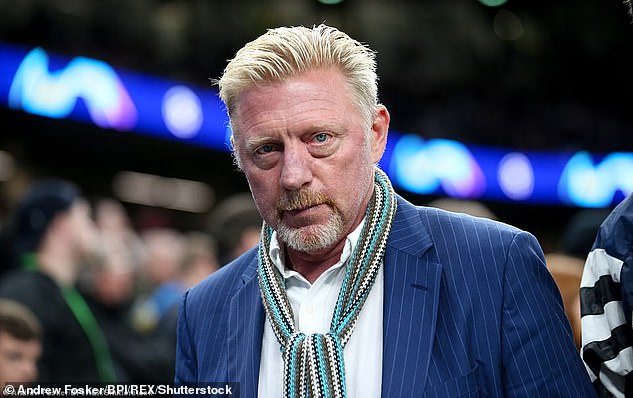 Becker, 52, went bankrupt in 2017 with debts of £11m, despite earning around £120m in prizes and sponsorship. He is also believed to be  selling a £1.8m seven-bedroom house overlooking the Rhine Valley in Germany 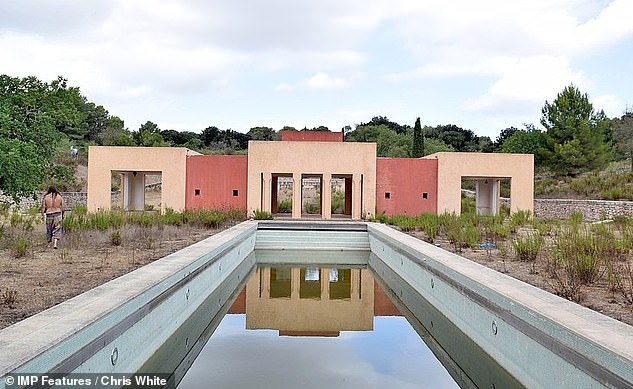 Despite boasting stables, a huge outdoor swimming pool, four guest houses, a helipad and, naturally, a tennis court, which had the Wimbledon net from Becker’s first 1985 finals win, no buyer was found

According to experts’ estimates, Becker’s ‘finca’ is now worth less than £4.5million, as necessary renovations would cost at least £2.7million.

A Majorcan caretaker couple lived on the 60-acre estate for 14 years until 2015, when Bartomeu Barcelo and Angela Simo took Becker to court, claiming he owed them almost £90,000 in wages and social security contributions.

Two years ago a hippie group led by 46-year-old German life artist Georg Berres, aka ‘Jesus Brother Bauchi’ occupied the estate and were moved on following a court order.

Berres complained that another group of squatters had moved in after him to film an X-rated movie on the estate during their stay.

The magistrate who ordered the hippies off the property, Diego Gómez-Reino, said that the estate being in poor condition didn’t mean it was abandoned.

Becker, who is believed to be living in a £5m penthouse flat by the River Thames, is currently facing 28 charges relating to alleged failure to disclose information over his bankruptcy, accusing him of hiding some of the spoils of his playing career to avoid them being sold to settle debts.

The star allegedly hid three properties, £1.2million in cash and 75,000 shares after his bankruptcy, which could land him a seven-year jail sentence for concealment, if found guilty. He denies the claims, and is scheduled to go to trial on September 13 next year.

A spokesperson for Becker was contacted, and Arbuthnot Latham declined to comment.