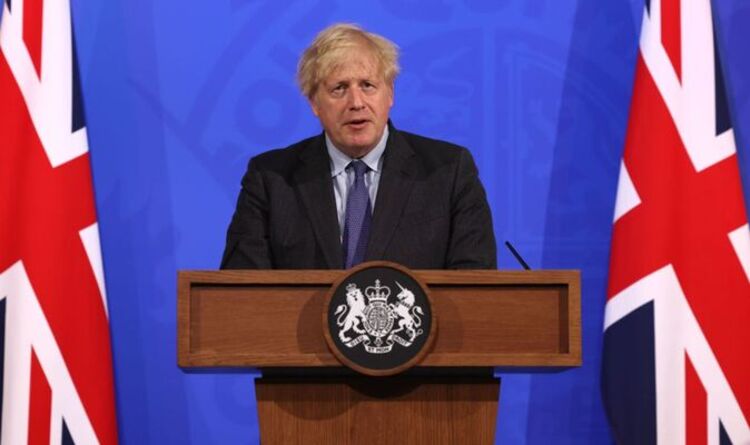 William and his wife Kate, Duchess of Cambridge arrived in Belize on Saturday to kick off their Caribbean tour in celebration of the Queen’s Platinum Jubilee. The Duke and Duchess were set to visit Akte ‘il Ha cacao farm in Indian Creek, but following protests from residents, the trip was axed. The Q’eqchi Maya, who live in the village, held demonstrations against the Cambridges’ visit on Friday.

A Kensington Palace spokeswoman said: “We can confirm that due to sensitive issues involving the community in Indian Creek, the visit has been moved to a different location – further details will be provided in due course.”

William has visited the Caribbean country before, however during his first trip to Belize, the prince was a world away from his current Royal Tour.

Prince Charles was keen for his son to travel during his teenage years, so at the age of 18, William took a gap year and flew to Belize, where he joined the Welsh Guards in the jungles of Central America.

His gap year was a time that saw William experience a “tough environment” far from Palace life.

She wrote: “He was taught how to kill and prepare his food.

“An exercise code-named Native Trail began with instructors slaughtering a pig, hanging it from a pole and butchering it.

“The soldiers, William included, were then given a live chicken to dispatch.

“They had to wring its neck and cut off its head and feet with a machete, pluck its feathers and gut it before cooking it over a fire, exactly as they would have to do if they were living off the land in a jungle war.

“They were shown how to make a termite stew – and then made to eat it.

“At night, William tried to snatch what little sleep he could in the rain in a hammock strung between two trees.”

The Duke has since become a passionate conservationist and is an advocate for disrupting the criminal network that relies on animal cruelty for extensive profit and is a motivated supporter in raising awareness on the subject.

William is the founder of The Royal Foundation’s United for Wildlife and has demonstrated his commitment to helping address the global environmental crisis.

He is also the patron of Flora and Fauna International (FFI), an international conservation charity dedicated to protecting the planet’s threatened wildlife and habitats.

The Duke became patron of the wildlife conservation charity after taking over duties from Queen Elizabeth II and Prince Philip.

FFI is the world’s oldest international wildlife conservation organisation and the Queen held the role of patron for almost seven decades.

However, the Duke’s connection to the charity has played a role in the protests against his and Kate’s visit to Belize on Friday.

The Indian Creek residents are in a dispute over “contested property” with FFI.

Belize Television Channel 7 claimed there was “open conflict” between villagers and the conservation charity.

Channel 7 reported: “Prince William and his wife, Kate the Duchess of Cambridge arrive in Belize on Saturday afternoon – and a highlight of their trip is a visit to a cacao farm in the Toledo District.

“The problem is – it’s in Indian Creek village – which has been in open conflict with Flora and Fauna International which owns adjoining, contested property.

“More than that Prince William is a patron of that conservation organisation.”

The local broadcaster described the tensions between the citizens and the state as about the “meaning of consent in the context of communal land rights, rights to lands that were expunged in the colonial period by the British”.

After Friday’s demo, village chairman Sebastian Shol reportedly said: “We don’t want them to land on our land, that’s the message that we want to send”.

The landing site for the couple’s helicopter reportedly caused further problems amid claims village locals were not consulted about the location, which is on the local football pitch.

Channel 7 reported: “And it appears to villagers preparations are being made for the Prince’s helicopter to and on the village football field.

“And tonight they are saying they weren’t consulted and they don’t want the Prince in their village!”

The Belize government said in a statement: “Indian Creek was one of several sites being considered.

“Due to issues in the village, the Government of Belize activated its contingency planning and another venue has been selected to showcase Maya family entrepreneurship in the cacao industry.”

The issue threatens to overshadow the start of the couple’s visit to Belize, Jamaica and the Bahamas.

They’re expected to visit historic Mayan sites and celebrate the rich culture of the Garifuna community and explore the country’s biodiversity.

When they arrive in Jamaica, they will meet with the Jamaican Defence Force and celebrate the legacy of Bob Marley.

Rounding off the tour in The Bahamas, the Palace has said the couple will visit a number of islands and experience a world-famous junkanoo parade.

The Prime Minister has released funds and weapons to support Ukraine in its ferocious and existential battle with Russia. The UK has supplied over 3,600 anti-tank missiles to Ukraine’s army and is expected to send hundreds more at a cost of another £120 million. In addition, Ben Wallace, Defence Minister, has also promised to supply an unspecified number of high-velocity Starstreak anti-aircraft weapons to Kyiv.

The British Government’s actions have seen the UK’s stock rise above that of NATO in Ukraine.

A new poll conducted by the Rating Sociological Group shows that a growing number of Ukrainians believe a military alliance with the UK would serve them better than one with NATO.

Support for the creation of a military-political union of Ukraine with the United Kingdom and Poland increased from 61 percent in January to 85 percent.

Today, support for such an alliance is higher than that for Ukraine’s integration with NATO (72 percent).

Ukraine’s future membership of NATO has been at the heart of the present conflict with Russia.

Prior to the war, Vladimir Putin insisted that he received legal guarantees from NATO and Western leaders that Ukraine would never be allowed to join the military alliance.

The Russian leader believes that Ukrainian NATO membership would pose a serious and unacceptable security risk to Moscow.

Although the goal of NATO membership is enshrined in Ukraine’s constitution, the country’s President appeared to acknowledge that this aim may never be achieved.

In an address to the new Joint Expeditionary Force (JEF) last week, Volodymr Zelensky appeared to make a major concession to Moscow’s demands.

He said: “It is clear that Ukraine is not a member of Nato; we understand this.

“For years we heard about the apparently open door, but have already also heard that we will not enter there, and these are truths and must be acknowledged.”

The JEF is a UK-led initiative bringing together 10 north Atlantic countries to create a capability for responding rapidly to crises.

Support for active NATO membership among those polled was fairly evenly split.

While a majority (44 percent) said their country should join NATO, 42 percent believed that Ukraine should continue to cooperate with the military alliance but not become a full member.

The poll was conducted on March 18 and interviewed 1,000 people over the age of 18 by telephone. It did not survey people in the Crimea or Donbas.

President Zelensky has on numerous occasions appealed to NATO leaders to impose a no-fly zone over his country.

However, Western leaders have refused to do so, fearing that this escalate the conflict into a full-blown war between NATO and Russia.

Last Wednesday, Mr Zelensky made yet another appeal to close the skies above Ukraine, when addressing the US Congress by video.

The Ukrainian leader said: “Is this too much to ask? … For a humanitarian no-fly zone?”

“If it is, we offer an alternative. You know what kind of systems we need: S-300 and other similar systems.”

The US does not have any Russian-made S-300 systems to offer. However, US President Joe Biden promised to supply other anti-aircraft missile systems.

He said: “We have identified, and are helping Ukraine acquire, additional longer-range anti-aircraft systems and munitions for those systems.”