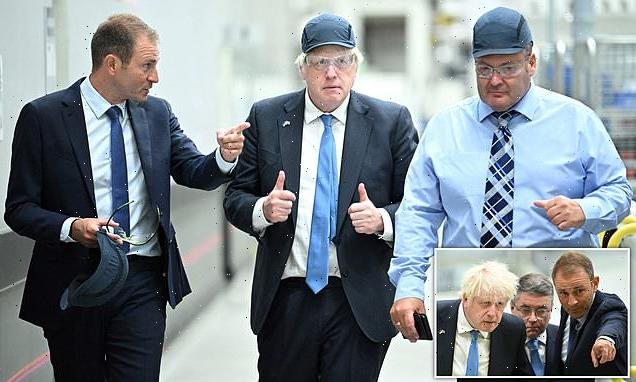 Boris Johnson today admitted the current level of support for struggling families during the cost-of-living crisis was not enough – but the Prime Minister promised his successor would provide ‘extra cash’.

Energy bills for typical households are forecast to surge to an eye-watering £5,000 a year next April.

It has put the Government under pressure to do more to help hard-pressed Britons be able to afford to heat their homes.

Mr Johnson has come under attack for refusing to announce immediate measures while the contest to elect his successor continues.

Meanwhile, the Tory leadership battle – between Foreign Secretary Liz Truss and ex-chancellor Rishi Sunak – has seen increasingly bitter clashes over how each candidate would respond to the deepening crisis.

But Mr Johnson today suggested – whoever succeeds him – that more help for families would be forthcoming. 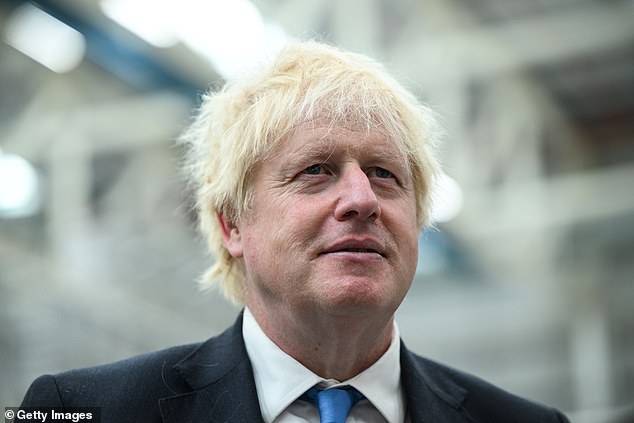 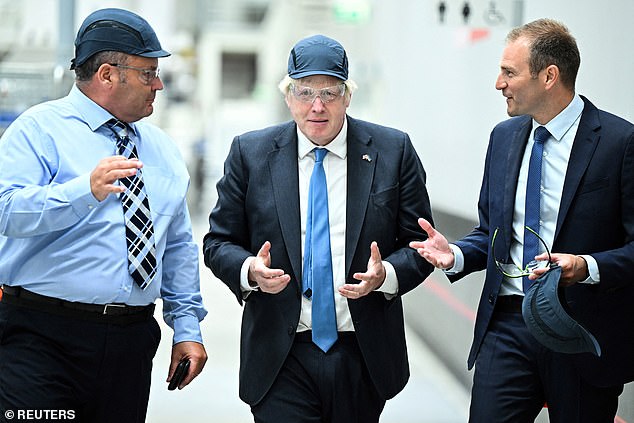 The outgoing PM, who visited an Airbus plant in north Wales, today insisted that more help would be provided for struggling households

Asked if he believed the current package of Government support was enough, he said: ‘No, because what I’m saying what we’re doing in addition is trying to make sure that by October, by January, there is further support.

‘And what the Government will be doing, whoever is the prime minister, is making sure there is extra cash to help people.

‘I think it is crucial to understand that, first of all, we realised for a long time that things were going to be tough and that’s why we put in place a lot of measures already.

‘The money has started to come through. I think it is very important for people to understand, most people have not yet received the help the Government has already allocated.

‘So over the course of the next couple of months you will see about eight million households get another £326, you will see everybody in October get help with the energy support scheme.’

The PM appeared to rule out working with Ms Truss and Mr Sunak on devising fresh measures to tackle the cost-of-living squeeze.

But he insisted there would be further help in the New Year.

‘The price of energy we’re going to bring down by investment in British supply in renewables, in nuclear and all the other,’ the PM added, as he spoke to reporters on a visit to north Wales.

‘I’m not going to pretend that things are easy for people right now. You’re right to push me because we’re doing everything that we can.

‘But there’s more money coming anyway, as a result of the decisions being taken, there will be further help coming in October and in the New Year.’

At a Tory hustings event last night, Mr Sunak revealed his calls and messages to Mr Johnson since he resigned as chancellor last month had gone unreturned.

But the PM today dodged a question on whether he would stop ignoring the Tory leadership candidate.

‘That’s one of those Westminster questions that doesn’t change the price of fish,’ Mr Johnson replied.

‘There are plenty of things that do change the price of fish, not least the price of energy, but that’s not one of them.’

Auxilione, an independent energy consultancy, released a fresh forecast today that predicted the price cap on energy bills could reach £3,628 in October, from £1,971 today. 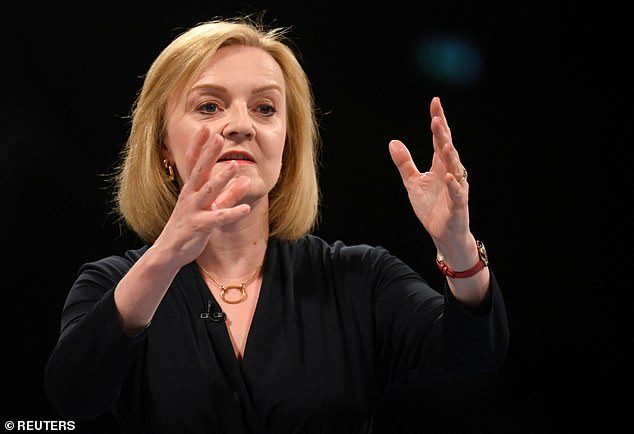 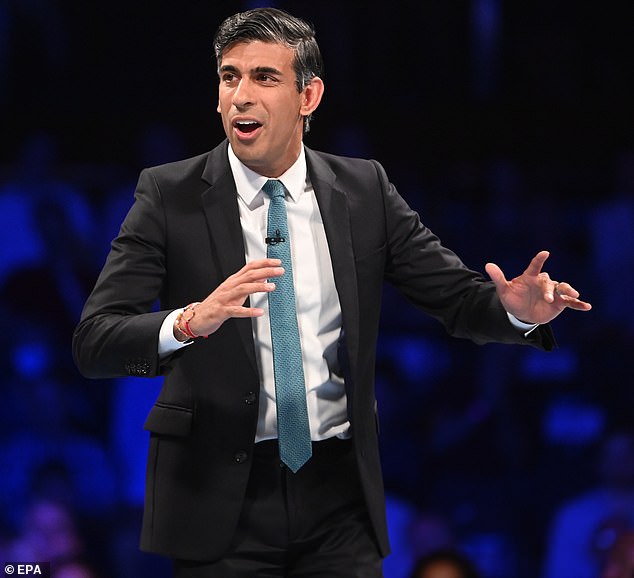 Rishi Sunak has promised to spend billions of pounds more on extra support for families, including a cut to VAT on energy bills and a boost in payments to pensioners and those on benefits

The PM, Chancellor Nadhim Zahawi and Business Secretary Kwasi Kwarteng met with energy firm bosses yesterday – although their talks resulted in no announcement about definitive action on soaring bills.

But Mr Zahawi, who is backing Ms Truss for the Tory leadership, today insisted that the new PM ‘hit the ground running’ to help hard-pressed families.

He told Sky News: ‘My message to families today is: we will have those options ready to go.

‘We’re making sure we’re doing the work so on 5th September the new prime minister can hit the ground running and get those things into place.’

Mr Sunak has promised to spend billions of pounds more on extra support for families, including a cut to VAT on energy bills and a boost in payments to pensioners and those on benefits.

By contrast, Ms Truss has chosen to focus on tax cuts as her priority – such as reversing the National Insurance rise and cutting green levies on energy bills – and has previously steered away from promising more ‘handouts’ for families.

But the Foreign Secretary this week appeared to change tack and insisted she was not ruling out further direct payments to households, although she said she would not write an emergency budget in advance of becoming PM.

Mr Sunak last night warned that Ms Truss’s aversion to direct help for families would leave millions at risk of ‘real destitution’ in the coming months.