BORIS Johnson today challenged Jeremy Corbyn to a snap election on December 12 AND made a bold move to force his Brexit deal through first.

The PM promised MPs they could have the extra time they want to debate and pass his deal if they agree to go to the country before Christmas. 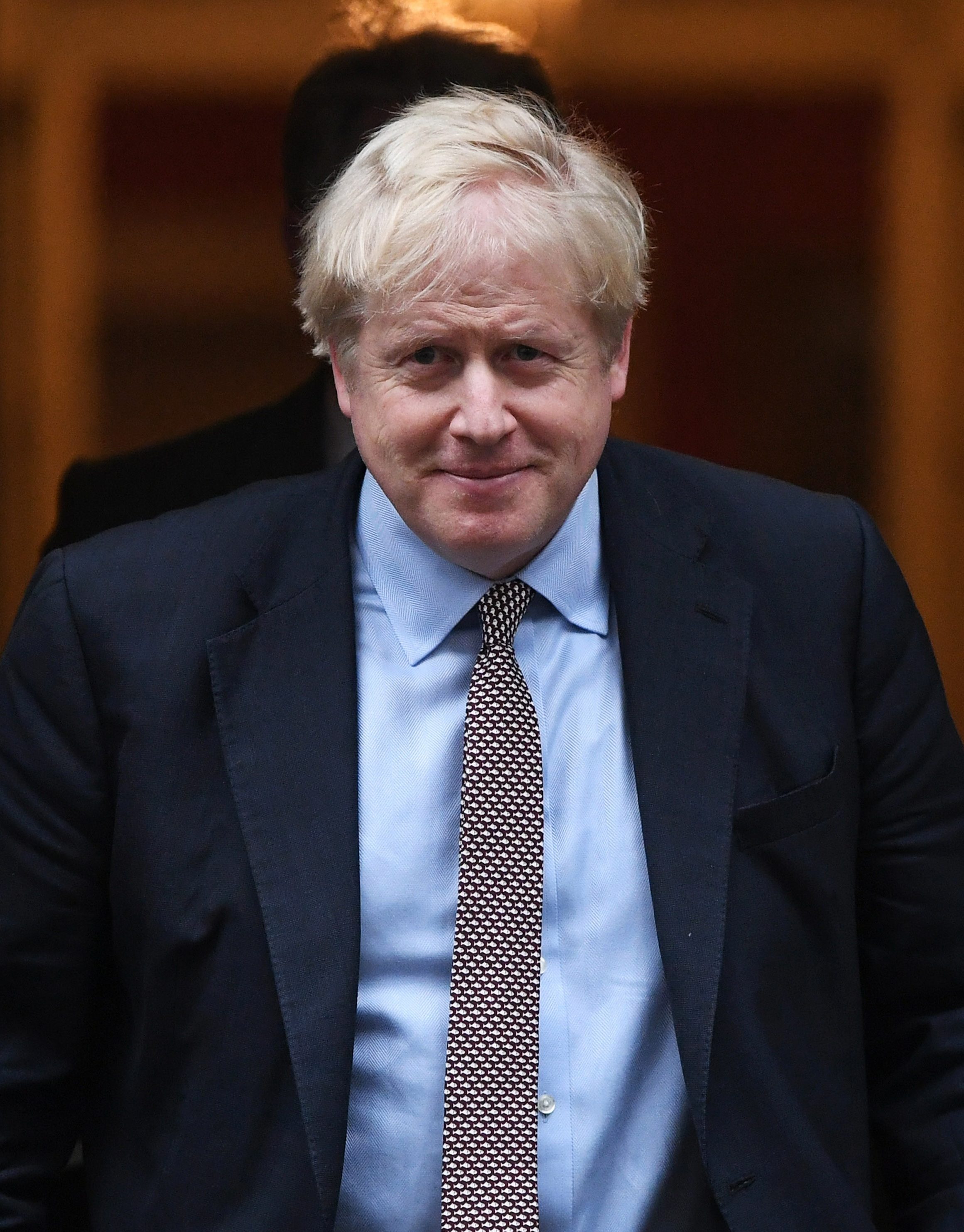 But he said that if Parliament did not pass the deal by November 6 an election should still take place within weeks.

The move places huge pressure on Mr Corbyn ahead of a titanic Commons vote next Tuesday on Boris's election plan.

As they scrambled for a response, the Shadow Cabinet met for an emergency meeting to decide Labour's strategy this evening.

In a letter to the Labour leader, Mr Johnson accepted that Brussels is likely to offer a Brexit delay until the end of January – although his preference would be a short delay until November 15 or 30.

But he said the country cannot wait until next year for an election.

He wrote: "If the EU offers the delay that Parliament has requested – that is, we must stay in until 31 January – then it is clear that there must be an election.

"We cannot risk further paralysis. In these circumstances, the Commons will vote next week on whether to hold an election on December 12.

"This would mean that Parliament would dissolve just after midnight on 6 November."

This evening the PM – who passed his Queen’s Speech through the House with 310 votes to 294 – implored Mr Corbyn to end the Brexit "nightmare" by backing him in the House.

He said: “It is our duty to end this nightmare and provide the country with a solution as soon as we reasonably can”.

In order to get the election he wants, Boris will need to secure the support of two thirds of MPs.

The PM twice challenged Labour to go to the polls in September, but both times the opposition refused to back it.

At the time,  Mr Corbyn insisted the reason was to secure a Brexit delay first – an excuse that no longer applies.

But with Labour polling far behind the Conservatives and Mr Johnson, Mr Corbyn is facing a revolt from his own backbenchers who fear they will be trashed by the Tories.

Party sources told the Daily Mail that more than half of Labour MPs told party whips they would not vote for an election in the Commons.

One source said: “If he's stupid enough to give Boris an election now we are going to get smashed.”

If he's stupid enough to give Boris an election now we are going to get smashed.

SNP Westminster Leader Ian Blackford tonight told reporters he will meet with Mr Corbyn and other opposition leaders to discuss holding a no confidence vote in the Prime Minister, rather than support his proposal.

However, the DUP have backed the PM’s election call and said its 10 MPs will vote for a December 12 poll.

The election move comes as EU chiefs were split over whether to grant a three-month extension or a much shorter one.
France has given the PM a major boost by leading a push to keep it to just 15 days, which Mr Johnson would prefer.

The PM continued to call EU leaders throughout the day to plead for the delay to be as short as possible so he could put pressure on MPs to pass his Brexit deal bill. 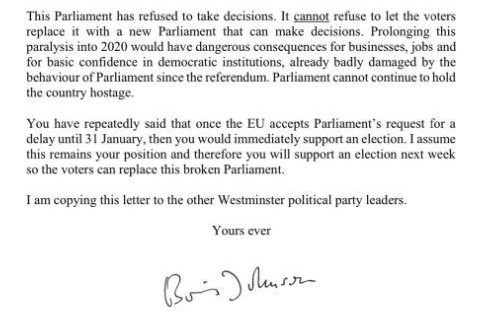 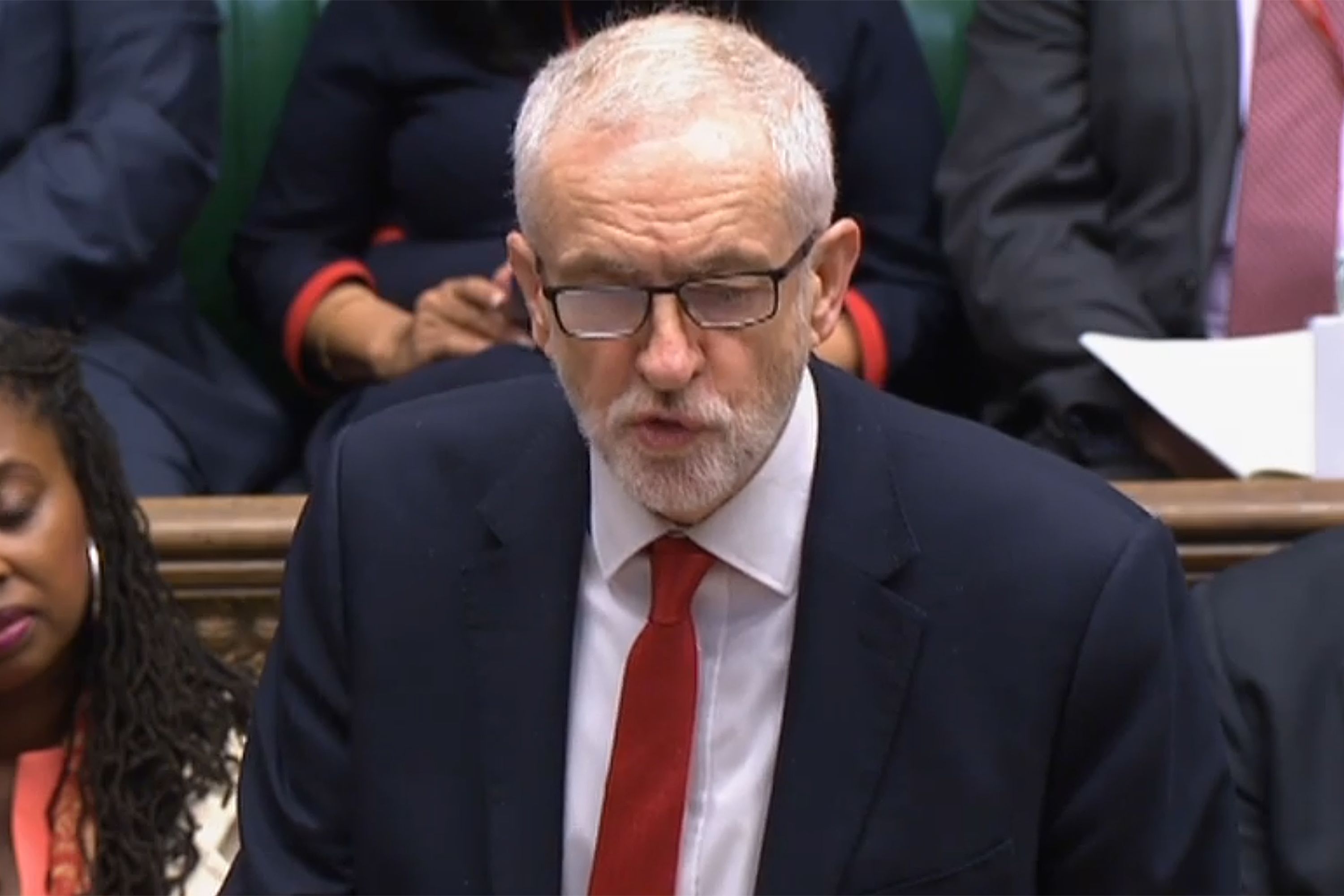