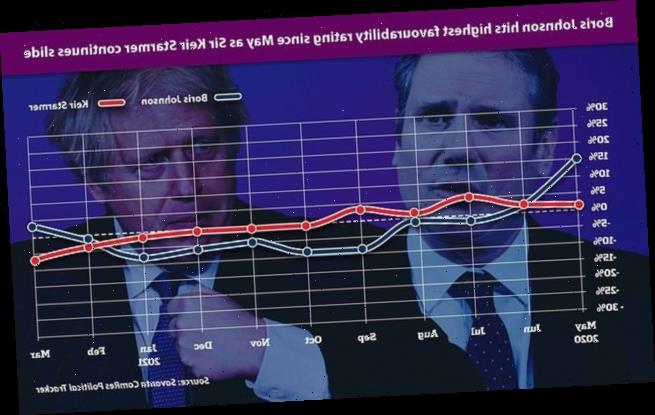 Boris Johnson’s favourability rating has hit its highest level since last May but Sir Keir Starmer’s continues to slide, according to a new poll.

A survey conducted by Savanta ComRes suggests Mr Johnson and Sir Keir are heading in different directions in terms of how they are seen by voters.

Back in January, the Labour leader was ahead of his Tory counterpart with the former on minus two overall and the latter on minus eight.

But Mr Johnson overtook in February, climbing to minus two while Sir Keir fell to minus four.

The Prime Minister further climbed in March to an overall net favourability rating of plus three, up five points on last month. Sir Keir is now on minus seven after a further three point slide since last month.

It is the highest favourability rating, calculated by asking people to what extent they feel favourably or unfavourably about someone, recorded by Mr Johnson since last May when he scored plus 15. 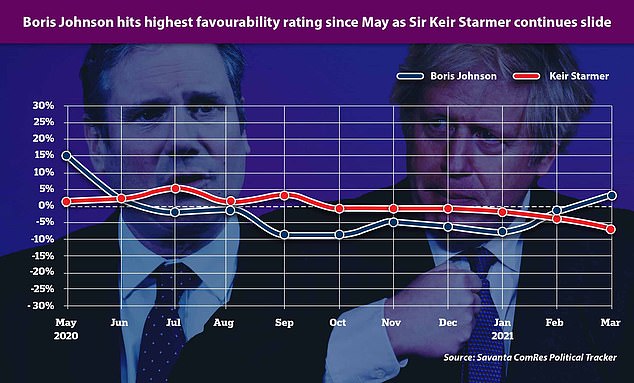 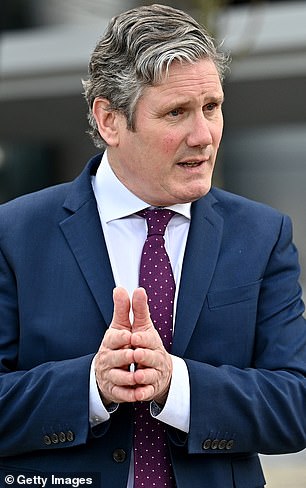 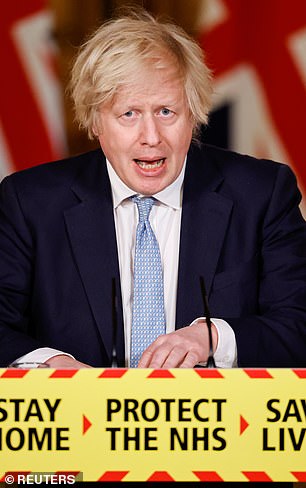 Boris Johnson’s favourability rating has hit its highest level since last May but Sir Keir Starmer’s continues to slide, according to a new poll by Savanta ComRes

The numbers suggest that Mr Johnson continues to enjoy a so-called ‘vaccine boost’ as the national roll-out of jabs continues to exceed expectations.

But Savanta ComRes said the numbers suggest Sir Keir ‘continues to appear to struggle in cutting-through with the electorate’.

The poll also gives the UK Government a net favourability rating of zero, up two points on last month, which is the highest recorded since last June when it was on plus one.

The numbers also suggest Mr Johnson is ‘turning the tide somewhat on the proportion of those who say that they dislike both him and his policies’.

Some 30 per cent of respondents this month said they dislike the PM and his policies but that is a six point drop from January when it was 36 per cent.

Some 29 per cent of respondents said they like Mr Johnson and his policies, up two points.

Mr Johnson has also increased his lead over Sir Keir on the question of who would make the best prime minister.

Chris Hopkins, political research director at Savanta ComRes, said: ‘With even Sir Keir Starmer admitting that the Conservatives are experiencing a “vaccine bounce”, it will come as little surprise that our Political Tracker paints a good picture for Boris Johnson and his Party.

‘How long this can be maintained remains to be seen, but with Scottish and local elections, as well as the sure-to-be hotly-contested Hartlepool by-election looming, the Government may feel quietly confident of upsetting the apple-cart.’