Boris Johnson dropped a rude jibe at Jeremy Corbyn from a speech today as he  warned Brexit must happen for the good of our ‘psychological health’.

But the crude allusion was missing when Mr Johnson gave the televised address this afternoon.

Mr Corbyn had earlier criticised the smutty innuendo, branding it ‘ridiculous and actually quite offensive’.

Asked by a journalist this afternoon why it had been dropped, Mr Johnson looked uncomfortable before claiming: ‘All I can say is that a stray early draft seems to have somehow found its way into your otherwise peerless copy by a process that I don’t pretend to understand. I will make inquiries.’

He used the speech at the LEVC electric taxi plant in Coventry this evening to slam Mr Corbyn‘s ‘mind-bogglingly’ muddled stance on whether to leave the EU.

The PM delivered a plea for voters to hand the Tories just nine more seats at the election so he can push through his ‘oven-ready’ deal with Brussels. 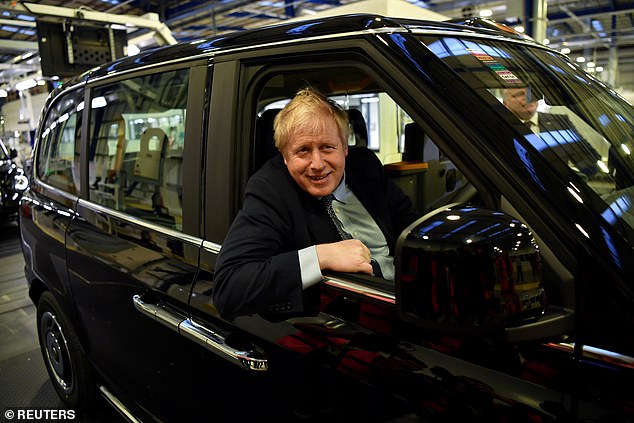 He compared his position with that of the Labour leader – who wants to negotiate a new divorce agreement, but will not say whether he would recommend it to the public.

Mr Johnson also complained it was a ‘mystery’ whether Mr Corbyn would allow the SNP to hold another Scottish independence referendum – something Nicola Sturgeon has said would be a red line for propping him up in power.

He also pledged to get Britain ‘out of the rut’ of the last three years by delivering Brexit and triggering a green revolution. 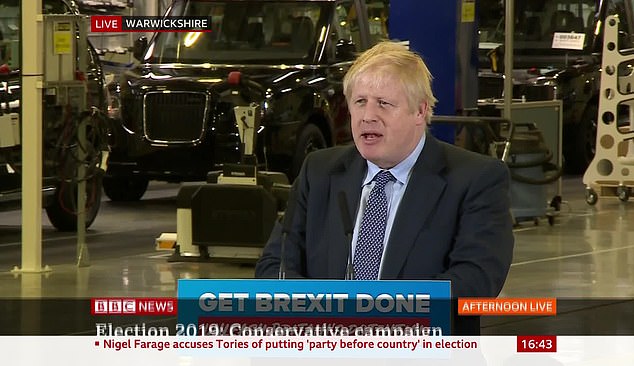 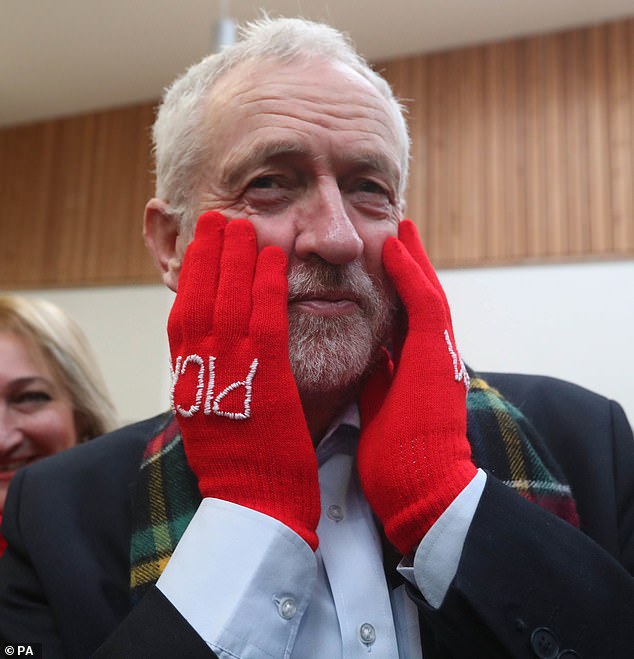 Mr Corbyn hit back at the ‘onanism’ comment, branding it ‘ridiculous and actually quite offensive’

Mr Johnson hammered home his central message that only a Conservative majority can ‘end the Brexit groundhoggery’.

He also painted a picture of a brighter future, saying that delivering Brexit will allow the country to ‘unleash Britain’s potential’.

Mr Johnson called for a ‘clean energy revolution’ after Britain has left the EU, announcing fresh plans for boosting take-up across the country.

However, with a month to go until polling day, Mr Johnson focused his message on the key Brexit choice facing voters.

He added: ‘I just want to say about Nigel Farage and the Brexit Party. It is always a very difficult thing for any party leader to withdraw candidates from an election and I understand that.

‘But all I can say … for the avoidance of doubt, to repeat my central message, there is only one way to ensure that we get Brexit done – get this thing finished, get us out, do a fantastic free-trade deal – and that is to vote for us and the Conservatives.

‘You vote for any other party and risk a coalition of chaos and two chaotic referendums next year.’ 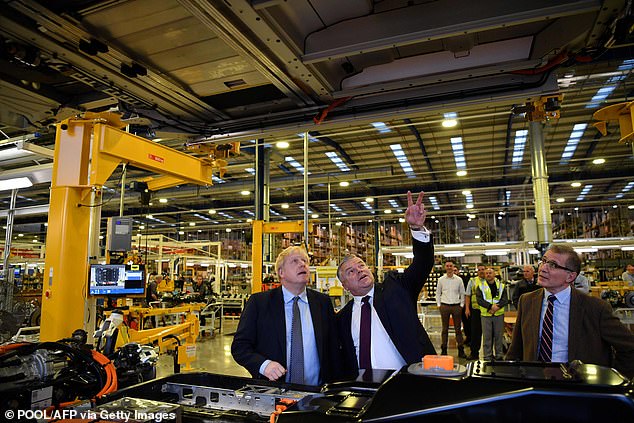