Boris Johnson is ‘no Churchill’ and his ‘dismal’ Cabinet is the worst in 36 years, Tory veteran Sir Nicholas Soames said today.

The former MP – grandson of the wartime PM – delivered a damning verdict saying he regarded many senior ministers as ‘very average’.

Sir Nicholas, 72, was temporarily stripped of the Tory whip for rebelling against Brexit last year and then stood down at the election.

In an interview with la Repubblica, he dismissed comparisons between the current premier and Churchill – which many believe Mr Johnson relishes.

‘He’s got to be given some some time. He’s very clever,’ Sir Nicholas said.

‘But the question is, can he take us from A to B? I don’t know yet. So is he a Churchill? 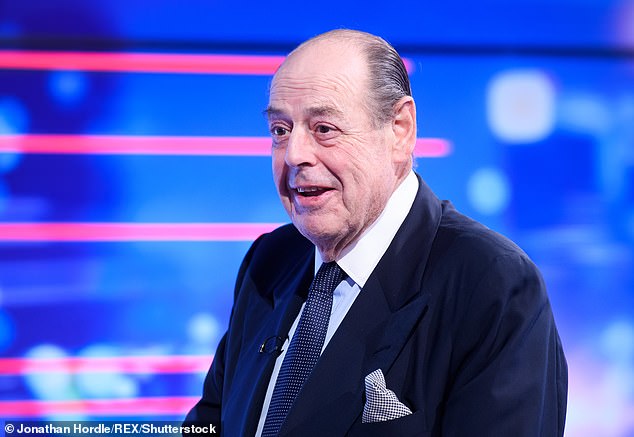 ‘Certainly not, no one ever will be again, we’re all shaped by our lives. Churchill’s determination and fighting spirit was gained in fighting in all over the empire as a young man and you can’t replace that. I

‘I don’t think we’ll ever, ever seen a Churchill again.’

Sir Nicholas said he wanted to see the government succeed, but gave a brutal assessment of its members.

‘I’ve never seen such an absolutely dismal Cabinet. It’s the worst cabinet in my 36 years, also elected solely for the purpose of facing Brexit to get it done,’ he said.

Sir Nicholas also criticised the government for failing to get civil servants back in offices amid the coronavirus crisis.

He insisted that while Covid was ‘very dangerous’ younger people ‘need to get back to work’.

‘The Royal Bank of Scotland announced that all their employees they’re not going back to work until 2021,’ Sir Nicholas said.

‘It’s insane. I’m not in the least bit complacent about Covid. I think it’s a very dangerous illness, it’s looking all the time for someone to infect.

‘They’re all sitting at home and this is all because the unions: the unions set a bar, which is impossible to reach.

‘It’s so bad, if you want to get your passport done now, apparently there’s a three-month wait… Well, that’s ridiculous.

‘Everything’s going to be washed down and hosed down.

‘They just made it impossible and I think the government are very wet not to have made say: ”No, we’re not having that. We’re going back to work.”’ 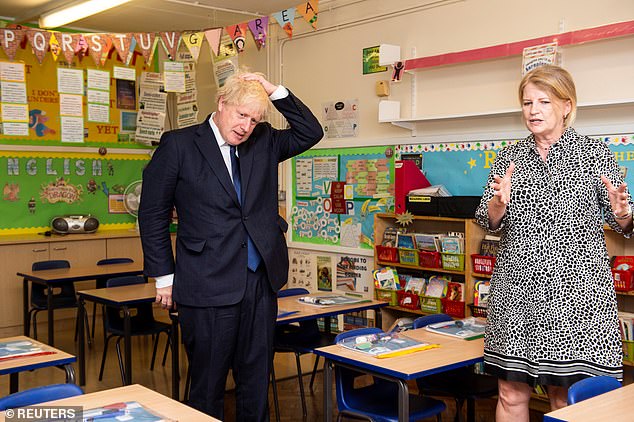 Sir Nicholas said he wanted to see the government led by Boris Johnson (pictured on a visit to a school in London today) succeed, but gave a brutal assessment of its members