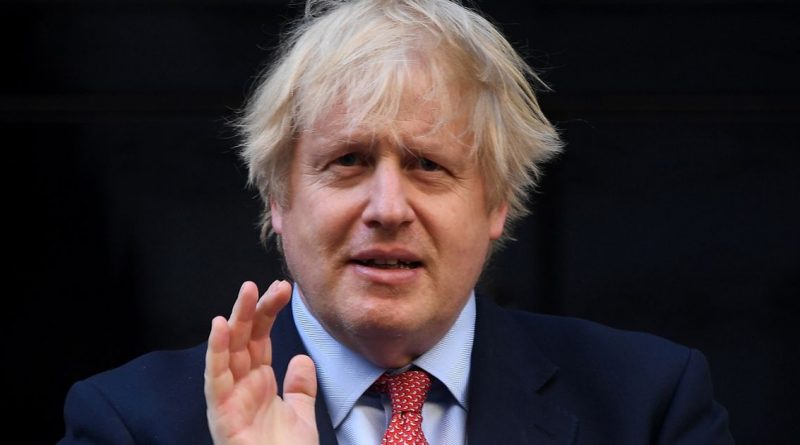 Exactly a year ago today, Boris Johnson was rushed to hospital and given urgent oxygen treatment for coronavirus.

For many Brits, the Prime Minister's hospitalisation was the moment the pandemic truly became "real" to them.

As the UK begins to slowly ease out of the lockdown that has changed almost everything about how we live, it's worth turning back the clock and remembering the surreal timeline of our leader's near-fatal brush with Covid-19.

It was March 27 2020, just four days after Mr Johnson instructed the nation to stay at home in order to stop the spread of the virus, that he announced he'd tested positive.

"I've developed mild symptoms of the coronavirus, that's to say a temperature and a persistent cough," he said in a video posted to Twitter.

He added that he was self-isolating but that he would still be able to "lead the national fightback against coronavirus" remotely.

The following Monday Mr Johnson chaired cabinet via video link, but there was a flurry of reports that he had been "coughing and spluttering his way through conference calls".

On April 1 the PM posted another social media video urging anyone showing symptoms like his to stay home, but insisted he was "absolutely confident" the nation would be able to overcome the virus.

The following evening he appeared on the steps of No. 11 Downing Street to take part in the second Clap for Carers event, and was observed to not be looking well.

Mr Johnson was supposed to leave self-isolation on Friday, April 3 but was unable to do so as he still had a persistent high temperature.

He told viewers in another Twitter video that he was feeling better but would abide by government advice.

GP Dr Ellie Cannon told Sky News that still being sick after 10 days "is probably a red flag if he still has symptoms".

On Saturday the PM's partner Carrie Symonds, who was pregnant at the time, revealed she had also been experiencing coronavirus symptoms, and on Sunday Downing Street announced Mr Johnson had been admitted to hospital for tests "as a precautionary step" because he still had persistent symptoms 10 days after testing positive.

It was on Monday, April 6 that the graveness of the PM's condition became clear.

While government spokespeople spent the morning insisting he was in "good spirits", by the afternoon Mr Johnson's official Twitter account had communicated he was in St Thomas' Hospital in London.

Foreign Secretary Dominic Raab maintained Mr Johnson was "still in charge" and "continues to lead the government", while Chief Medical Officer Chris Whitty refused to comment on whether he might have developed pneumonia.

That evening Downing Street issued an alarming statement saying that the PM's condition had "worsened" over the course of the day.

"On the advice of his medical team, he has been moved to the intensive care unit at the hospital," it said.

Mr Raab had been asked to deputise for him where necessary while he was being treated.

News of the downturn in Mr Johnson's health prompted an outpouring of sympathy from world leaders including US President Donald Trump, who said: "All Americans are praying for him. He's a great friend of mine, a great gentleman and a great leader."

It also sparked a number of reports speculating on what kind of treatment the PM was receiving, with particular attention paid to whether or not he had been intubated.

At the time, there had been a great deal of reporting on coronavirus patients having to be placed on ventilators because they couldn't breathe on their own.

Terrifying footage showed people lying in hospital beds covered in tubes, while experts explained the majority of patients put on ventilators will not survive.

Experts said Mr Johnson likely underwent X-rays, chest scans and kidney and oxygen tests, while there were reports he had indeed been placed on oxygen assistance after arriving at the ICU.

Britain waited with bated breath for news out of St Thomas, while news outlets rushed to prepare obituaries for the once-unthinkable but now very real possibility that the Prime Minister would not leave hospital alive.

Being 55 and overweight by his own admission (his BMI at the time placed him in the "obese" category"), Mr Johnson was at greater risk of suffering complications from the virus than younger or slimmer patients.

But after a night of no news, Downing Street announced on Tuesday that the PM was stable and in good spirits, although would need to remain in the ICU for monitoring.

By Wednesday he was said to be sitting up in bed and engaging with staff, and by Thursday, April 9 Mr Johnson had been moved back onto a general hospital ward.

He was eventually discharged on April 12 after a full week in hospital and took a break from work to recuperate before resuming his duties.

Photos from after his recovery show him looking noticeably more gaunt and tired than before he caught Covid-19.

Mr Johnson praised the staff at St Thomas and said "the NHS has saved my life, no question".

Meanwhile, Ms Symonds said there had been some "very dark" moments during the PM's hospital stay.

Mr Johnson later revealed it came down to a "50-50" chance of him having to be intubated, and that his doctors were preparing to announce his death at one point.