Boris Johnson’s useless water cannons have STILL not been sold four years after they were bought and are costing taxpayers £22,000 a year to maintain

Boris Johnson’s useless water cannon have still not been sold – and are costing taxpayers around £22,000 a year to maintain in storage.

Mr Johnson made the controversial purchase in 2014 but was banned from putting the cannons into service by Theresa May, who was then Home Secretary.

London Mayor Sadiq Khan announced in December 2016 that he was putting the fleet up for sale after they cost taxpayers over £320,000 just to make them usable.

But 18 months on he announced they have still not been sold – and are racking up charges in maintenance and storage costs.

And Mr Khan revealed that the cannon have been sitting in storage collecting dust and costing taxpayer’s money. 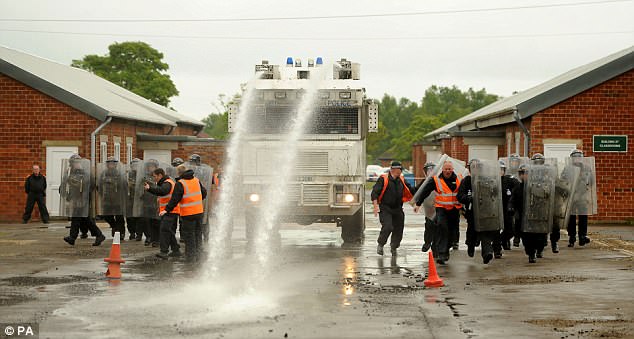 Boris Johnson’s useless water cannon (pictured) have still not been sold – and are costing taxpayers around £22,000 a year to maintain in storage

Quizzed about the fleet on LBC today, Mr Khan said: ‘They’ve not been sold, nobody wants to buy them.’

The Labour London mayor tore into his Tory predecessor for splashing out the cash on buying the fleet which have never been put to use.

He said: ‘I think there were a number of errors made, but the basic one was as the Mayor you speak to the Home Secretary if I buy these water cannons will you get me permission to use them

‘And we know, and you know because you’re laughing, who the Home Secretary was then and she didn’t grant that permission and they’re both now the best on friends in cabinet and we can see how that’s working out.’

It is understood that the fleet are stored in property owned by City Hall – taking up space and effectively costing money.

Mr Khan announced in December the total cost to London of the water cannon had been more than £322,000.

This included the original purchase of the vehicles and a refit to kit them out for use in Britain.

The overhauls included almost £1,000 spent on radio and CD players while maintaining and servicing the vehicles costs more than £20,000 a year even when they are not deployed.

Once the overhaul was complete, the water cannon had an estimated eight-year lifespan before they will need to be scrapped. 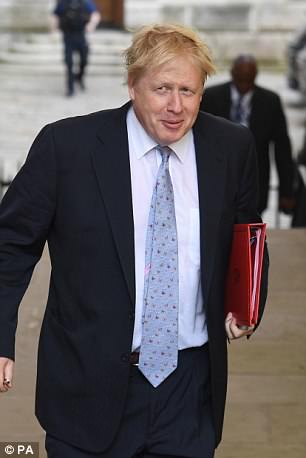 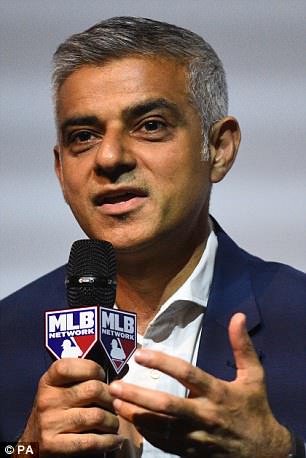 Boris  Johnson splashed out the cash for the water cannon – but the purchase has been slammed by his successor, Labour London Mayor Sadiq Khan (pictured right) who said they are a waste of money

Mr Johnson’s deal to purchase the water cannon included a requirement to seek the consent of the German Federal Police to sell onto third parties.

When he announced plans to sell the ‘redundant’ vehicles, Mr Khan said the proceeds of the sale would be used to tackle knife crime among young people.

A spokeswoman for the Mayor of London said: ‘The water cannon remain available for sale via the Ministry of Defence (MOD) which is helping to find the highest and most reputable buyer from a European policing or civil protection organisation, according to conditions set by the German Federal Police when they were originally purchased under the previous Mayor.

‘The Mayor will only permit a sale to a buyer who meets the most rigorous ethical standards, to ensure the water cannon are not in any way misused in the future.

‘However, should this option prove unfruitful, the Mayor will be forced to consider other options for their disposal.’