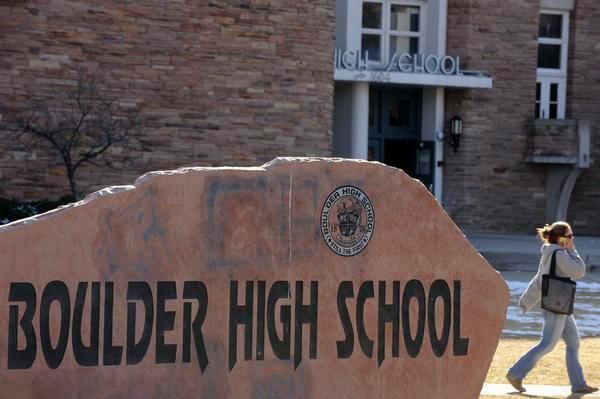 A grand jury this week indicted five Boulder parents accused of providing alcohol to teens, as well as two companies suspected of selling fake IDs and a liquor store that allegedly sold to minors, in connection with a crash that killed two people on Boulder High School’s prom night.

After prosecutors presented the case to Boulder County’s grand jury, it issued subpoenas and on Wednesday indicted a total of nine individuals and businesses, according to a news release from the Boulder County District Attorney’s Office.

According to a separate report from the district attorney’s office:

The indictments also allege the adults involved did not supervise the teens or seek to prevent them from later driving drunk, the news release said.

The April 9 crash near Colo. 157 and Valmont Road killed Lyft driver Ori Tsioni, 33, and his passenger Gregoria Morales Ramirez, 49. A 17-year-old female driver involved in the crash, who has not been publicly identified, previously was charged with vehicular homicide.

The names of all juveniles involved have been redacted from the report due to their age.

The night of the fatal crash began with a pre-prom party hosted by Elise Miller, the mother of a Boulder High School student, the report said. A teen, whose name was redacted from the report, supplied alcohol they purchased from Willow Springs Wines & Spirits and other alcohol was on Miller’s patio and was accessible to juveniles. A video taken at the party showed a teen carrying a White Claw Hard Seltzer, which is an alcoholic drink, near adults at the party.

Miller had access to the account for the credit card that was used to purchase the alcohol the day before the crash, the report said

Several teens who attended pre-prom and after prom-parties on April 9 admitted they had purchased alcohol from Willow Springs Wines & Spirits, the report said. The business provided law enforcement with several fake IDs it had confiscated over the years.

Since the crash, witnesses report the store has changed its policies and does not allow juveniles to purchase alcohol anymore.

“She is innocent of these charges”

In a statement, Jane Fisher-Byrialsen, Miller’s attorney, said, “Elise has lived in Boulder for 35 years, she’s raised her three children here, she’s in law school and has been very involved with the community. She is innocent of these charges. Indicting someone is not legally difficult. We are very sympathetic to the victims of the accident but Ms. Miller has nothing to do with that.”

Later that evening on April 9, Boulder High students boarded a party bus, which Johnson was reportedly driving, the report said.

The company’s reservation agreement prevented alcohol from being within 100 feet of the bus, required that all bags were stored in the trunk of the bus and required the driver to inspect the contents of the bags. None of those rules were followed, the report said. Instead, the teens brought bags containing alcohol onto the bus, and one student recalled that the entire bus smelled like alcohol.

During the ride to the prom, Johnson reportedly stopped the bus, walked to the party area where teens were, picked up a can of beer, shook it and placed it back where it was before continuing to drive to the venue, the report said.

When the bus arrived at the prom, staff with Boulder High School and the Church Ranch Event Center in Westminster — where the prom was held — noticed that students exiting Johnson’s party bus were visibly intoxicated, the report said. Two students were even so drunk they fell on the pavement.

Johnson told staff it was a “rough night,” and that there was “a lot of alcohol” on the bus, the report said. He said he terminated the ride, but he returned later to pick up the same students he dropped off.

Several teens were taken into an area designed for intoxicated students, the report said.

Boulder Valley School District Superintendent Rob Anderson, in an email statement sent out to families Wednesday evening, said the school district has taken steps to address the community issue of underage drinking and drug use.

He said the protocol at the high schools is typically to “pull aside students who smell like alcohol or appear to be impaired, contact parents, and establish a safe and appropriate way for the student to get home. Students who are found to have engaged in serious misconduct are subject to school disciplinary action, including possible suspension.”

Anderson added, “We are dedicated to continuing to review and improve our policies and practices in this area. We are also aware that more forceful measures may have unintended consequences. For instance, we are aware that the measures we have already taken (including those mentioned above) have resulted in some students choosing not to attend the school event, something that is worrisome to us. In fact, we have heard of cases in which students have stayed at house parties and/or ridden around on party buses for the full evening.”

That same night, a separate pre-prom party was reportedly hosted by Charlene and Todd Hoffman, who are also parents of a Boulder High School student, the report said.

The alcohol for guests was in a miniature fridge in the kitchen, and although the Hoffmans had attached a sign to it that read “for adults only,” the rules were neither monitored nor actively enforced, according to the indictments.

Several teens brought their own alcohol to the party, which included beer, alcoholic seltzers and liquor. The teens drank alcohol in the presence of both Charlene and Todd Hoffman, and the couple was known to allow juveniles to drink at their home, according to the report.

According to a witness, since the fatal crash, Charlene Hoffman has expressed doubts about the appropriateness of permitting juveniles to drink at her home, the report said.

“No causal link” to the crash

Jon Banashek, an attorney representing Todd and Charlene Hoffman, said in a statement, “The accident resulting in the deaths of Ori Tisioni and Gregoria Morales Ramirez was a horrible tragedy and the Hoffmans send their deepest condolences to both families. However, the misdemeanor indictments show there was no causal link between the pre-prom party and the fatal accident hours later.”

Teens later boarded a different party bus from Charlene Hoffman’s home. The bus was rented from Sunset Luxury Limousines, which Charlene Hoffman signed the receipt for, the report said.

Teens “discretely” brought alcohol onto the bus, which dropped them off at prom and picked them up about an hour and a half later. The bus was scheduled to go to a specific location after prom, but instead was directed to another teen’s house after he called his parents to get permission, the report said.

The teens were taken to the home of Pam and Mark Sunderland, who had walked with juveniles who were openly carrying alcohol to the Hoffmans’ home, earlier that evening, the report said.

At the Sunderlands’ residence, the teens went into the basement with the alcohol they had on the party bus and also accessed beer that the teen, whose name was redacted from the indictment, had from previous parties.

Pam and Mark Sunderland reportedly made pizzas and brought them down to the teens. After that, the couple left and did not return to where the teens were. According to a witness, the couple is also known for allowing juveniles to drink alcohol at the home, the report said.

Later that night, the 17-year-old suspected of causing the crash told a friend she was leaving the Sunderland residence to get more alcohol, according to the indictments.

She left and got her vehicle from where it was parked near the Hoffman residence, and shortly after she drove onto the wrong side of Colo. 157 and crashed her 2002 Dodge Dakota into a Subaru Legacy and a 2004 Honda Accord, it is alleged.

The driver and passenger of the Subaru Legacy — Tsioni and Ramirez — were killed in the crash.