Home » Boulder King Soopers store will be renovated, is expected to reopen in late fall 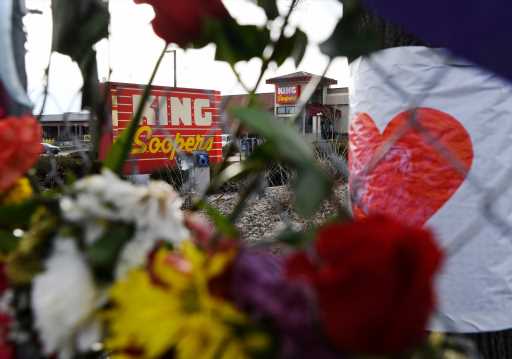 The King Soopers grocery store in Boulder where a gunman killed 10 people in March will be extensively renovated and is expected to reopen in late fall, store representatives announced Wednesday.

The store at 3600 Table Mesa Drive has been closed and the parking lot fenced off since the March 22 mass shooting, in which a 21-year-old Arvada man is accused of walking in and fatally shooting employees, customers and a responding police officer.

The gunman exchanged fire with one Boulder police officer and was shot in the leg. He put down his weapons and was arrested about one hour after the attack began and now faces 54 criminal charges.

Last week, King Soopers representatives announced they were donating much of the store’s inventory — about 14 semitrailers full of goods — to a local food bank. And in April, people who were present during the attack and wanted to revisit the store as part of the healing process were allowed to do so.

The streetside memorial that sprang up after the shooting will be cleared away after Memorial Day, Boulder Mayor Sam Weaver said during a news conference Wednesday. Pieces will be preserved by a museum.

A motive for the shooting spree is not clear. At his first court appearance, the suspect’s public defender said her team needed time to evaluate “the nature and depth of (his) mental illness.” He is scheduled to appear in court again May 25.