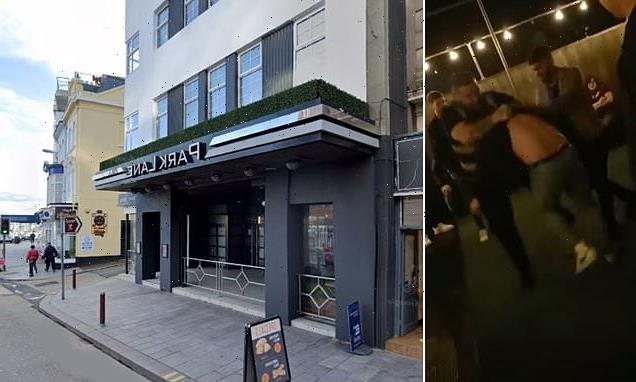 A shocking video shows a bouncer repeatedly punching and kicking a male customer after throwing him to the ground.

A video taken by Louise Robinson-Jones shows an employee wearing a Pro-Tect Security vest brawling with a man in the smoking area at Park Lane club in Torquay, Devon on Saturday.

In the clip the security worker can be seen grabbing the punter by the arm and swinging him around onto the ground while trying to eject him from the premises.

As the man stumbled and tried to get up, the security guard then appeared to punch and kick him.

The bouncer, who is wearing a Pro-Tect vest, then gripped the man, who held onto the security worker’s leg, in a headlock. 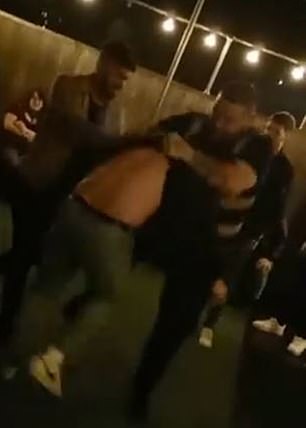 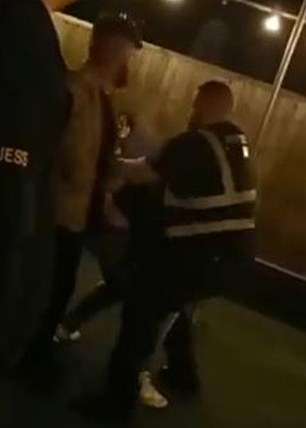 A video taken by Louise Robinson-Jones shows an employee wearing a Pro-Tect Security vest brawling with a man in the smoking area at Park Lane club in Torquay, Devon on Saturday

A bystander then tried to step in and diffuse the situation but the bouncer swung the man onto the floor.

The guard then put his arm around the man’s back as he was laid on the ground to keep him still and hit him twice.

The clip then ends after another reveller steps in to stop the incident and drunken cheers can be heard in the background. 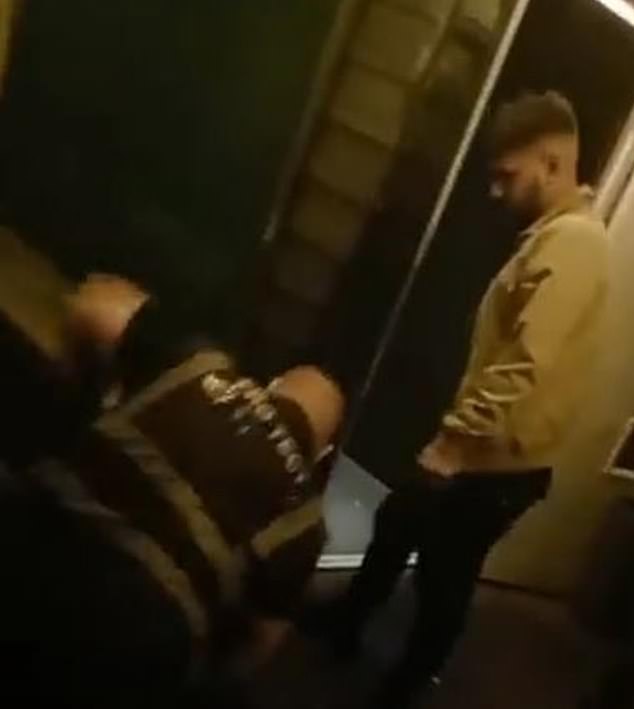 Speaking today, Ms. Robinson-Jones said: ‘I didn’t actually see what had happened beforehand, I just noticed the bouncer throwing his weight around and thought I should get the evidence.

‘Some people were shocked, some were cheering it on, although I’m not sure why.

‘Interaction with the bouncers there is usually okay. Some of them throw their weight around a bit more than others, however, this incident was next level.

‘I’m sure whatever happened beforehand didn’t warrant that level of force, the guy didn’t try and fight back once.

‘I’ve managed to find out that he is mainly okay, quite a few aches and pains though which I’m not surprised about.’

Louise posted the video onto social media yesterday, writing: ‘How is this even okay?

The post has been viewed more than 15,000 times and attracted 336 comments from shocked social media users.

Terry Court said: ‘Wtf that’s horrible. Un-f******-real, been like that for years I hear on the strand. 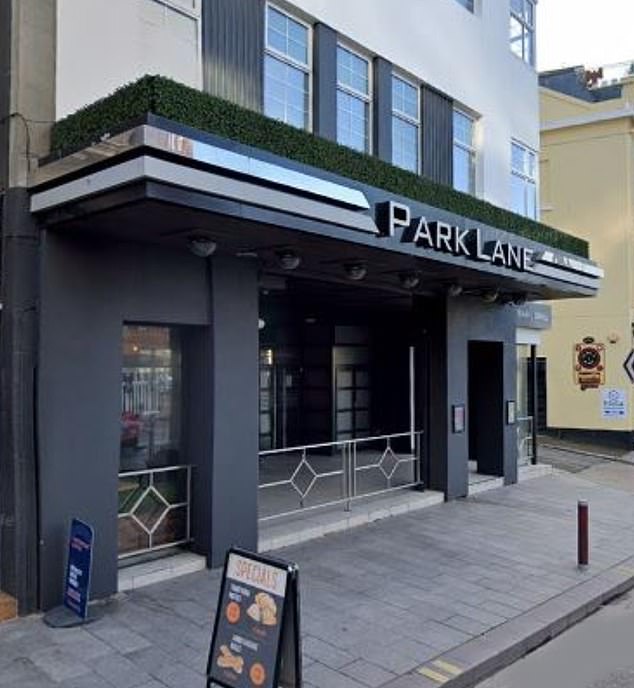 ‘I agree if someone is being anti-social then use that amount of force, but that’s too much.

‘We all wonder why the [Torquay] bay is the way it is, people with a uniform use it for power more than code of conduct.’

Nick Chalk said: ‘If that’s my mate and I’m the lad on the side of him he’s getting the biggest smash in his jaw the f****** little scumbag.’

Skye Adams added: ‘What a bully. You should make a complaint.

‘There were so many people around this, why didn’t someone try stopping it.’

A spokesman for Park Lane today said they have launched an internal investigation over the incident. They declined to provide any further comment.